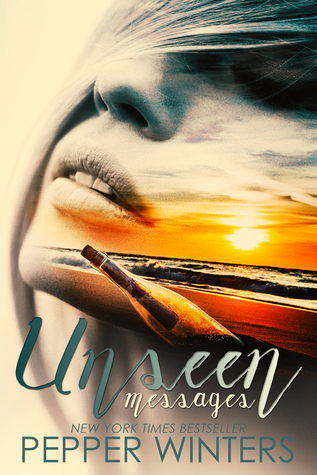 “I should’ve listened, should’ve paid attention. The messages were there. Warning me. But I didn’t see and I paid the price…”

Now, up until this point I can still salvage the believability. It’s a stretch, but I still can find some sort of resemblance of believability, because maybe our main protagonist really wants to get home that badly and would ignore her nagging intuition.

>When on the plane you still feel uneasy.
>Terrible turbulence starts to happen.
>Oxygen masks drop, lights flicker, and screens go static.
>You feel the plane actually descending and start preparing for a crash.
> Thank your luck; you have an amazing pilot who ends up being able to land the plane safely at the airport.
>You’re notified that, unfortunately, all connecting flights are delayed until morning, you know, because there is a freakin’ hurricane out there that almost caused your plane to crash.
> You then decided not to wait the night out and go home the next day safely, but you realize that you want to take a shady ass helicopter, during the middle of this storm, to a random resort with even more random strangers (oh, but one is swoon worthy), so that you can have a creative outlet.

^This. That last point. That is when I realized that if I was going to get any enjoyment out of this book I was going to have to pretend the circumstances of her getting on this deserted island happened very differently. Because that shit wouldn’t happen. Not in a million freakin’ years would that shit happen. /rant

Okay, now that that is off my chest we can move on. This is a survival story about two young adults and two children stuck on a deserted island in Fiji. Estelle is 25 and a singer/songwriter, Galloway is a 28 year old contractor that is harboring a secret from his past, Conner is 13 and Pippa is almost 8 and they are both struggling with the fact that they just lost their parents.

Sounds pretty terrible, huh? This book tells you everything about their time on the island, and I do mean everything – like 600 pages of everything. I felt like this book dragged and dragged, and started feeling pretty painful to read. But that’s the thing – I couldn’t stop reading it. As unbelievable and boring as it would get, I kept reading because I became obsessed with knowing if they get off the island. So, kudos for Pepper Winters for that, even though I think this is the worst book she’s written. I was literally obsessed with Indebted and Monsters in the Dark by her, so this was a huge letdown for me.

I know this review sounds really angry and negative, and I’m sorry for that. I was just really disappointed, because I’ve come to trust Pepper Winters and her stories that always end up being my guilty pleasures. I always feel so much for her characters and their stories, and she has written some of the most passionate and sexy scenes I’ve ever read in my life. I just expected more, a lot more, and I’ve never read a story or characters like this from her and, more importantly, I’ve never been disappointed with anything from her before.

This all being said, and as I started before, this book was very addicting and it was impossible for me to DNF it even though I felt like I should at 20% in. I had to keep reading, I had to know the outcome, and I completely think that attests to Pepper Winters ability to write and write very well. This survival story was just not for me, but I truly hope it will be for you.

I’m still going to buy and read the next thing Pepper Winters writes, she is just not on as high of a pedestal as she was before.