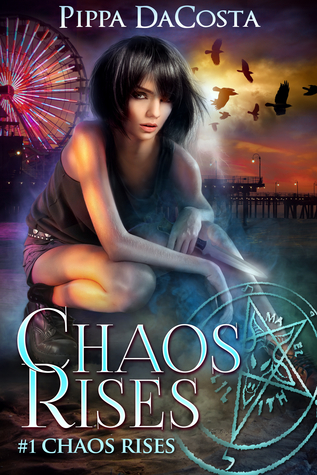 This world that Pippa DaCosta has created is so unique, I can’t help but want to read everything in all her series, but every time I finish I feel a little let down. I mean, demons, half-demons, hierarchy between them, magical elements, different worlds, the devil himself, what more could a girl ask for in an urban-fantasy novel? Maybe an amazing concept just isn’t enough?

I have only read Wings of Hope by Pippa DaCosta, and I felt the same way upon completing that book, as well: indifferent. I’m not sure if I should just grin and bear it, and try to continue on to see if my feelings sway and I can actually latch on to this world/story better. I mean, there are so many good books out there, and so little time. I’m not sure if I want to make that kind of commitment.

This story revolves around LA, and surrounds a sister in search for her missing brother, who she will do anything to find. They have had a very rough life, and only have had each other to trust and lean on. They are both half-demons, but they both carry their own powerful secrets.

Unlike in Wings of Hope where these horrible, abusive full-demons do terrible things to half-demons in the netherwold , which is only separated by the veil, Chaos Rises is set six months after the veil has been broken and demons and half-demons are populating earth right beside humans. Well, maybe not right beside humans, I mean, they are still demons and humans are freaking scared.

But, that’s what the Institute was for – a lab ran by humans that were creating half-demon assassins to fight against full-demons. Before the veil, half-bloods were more powerful, because they could draw their elements in our world and the netherwold, which made them twice as powerful, but that’s no longer the case.

Also, like in Wings of Hope, in Chaos Rises half-blood demons are not viewed anywhere close to equals. In fact, they aren’t even free; they are always owned and deemed lesser.

Gem and her brother, Del, are owned by a full-demon named Allard. Allard has a scheme that he thinks cannot go wrong, but oh how very wrong he is.

Unfortunately, this major plot point took way too long to start up. I was already way too not invested to care. Also, on a side note, I only count six people. Is control the…. seventh? I don’t even understand this crucial point. Maybe I missed it, but I feel like maybe that would be something that would stand out more in a main story line. Then, we barely learn anything about Del, the missing brother, which I understand is because he is missing throughout most the book, but there was no writing that made me feel anything towards him or be sad that he was missing in the first place.

To put it blatantly, I just completely lack empathy for this book and its characters. Li’el is the only exception, but he is barely in any of the scenes. I’m sure the next installment will be better in this series, but I’m not sure I have the motivation to want to continue on.

I just want to reiterate that this was not a bad book, even though I gave it only two stars, it just wasn’t gripping to me. It is the definition of a two star rating for me: just okay. I can see many of my friends reading this and loving it, it just, unfortunately, does not cast the same spell on me.