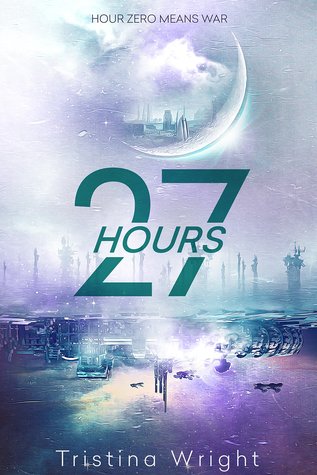 📖🌘: And check out the rest of the reviews, interviews, and more from this blog tour Here!

First and foremost, before you read my review, you should check out my amazing friend Aimal’s review, because it’s an important and eye-opening discussion about colonization and it shouldn’t be ignored.

In my opinion, 27 Hours had so much good, yet so much disappointment, too. This book falls completely down the middle for me. The representation is beautiful and important, but a lot of the romance was too unbelievable for me, which I feel like the twenty-seven-hour time frame really did this book a disservice. Then there is the issue with the colonization that’s very hard to unsee once you’ve seen it, and finally, the only two white main characters in the book do most of the explaining to the main characters of color about what is right. It feels bad, like, really bad.

Yet, I love that any marginalized teen could pick this book up and see themselves. That, is something I can’t even put a rating on, and I cannot emphasize how important that statement is to me. This book honestly has me feeling very torn.

27 Hours is Tristina Wright’s debut novel that follows six teens that live on a moon many years in the future. On this moon, humans have settled into different communities, that specialize in different things, but there were already chimeras and dragons that were indigenous to the moon. After one of the communities are attacked, one of our main protagonists, Rumor, flees to another community to tell them what happened and to warn them that they could be next. All of these teen’s paths eventually cross; some from old friendships, some from old communities, and some from a not talked about forest community that live among the chimeras.

This book has a lot of representation, but this book is so damn queer, which is completely normalized. The world needs more queer stories that aren’t just coming out stories. The world needs a vast array of books, in every genre, that just stars queer characters. Gay, bi, asexual, genderqueer, trans, this book is an unapologetically queer SFF novel, and for that I love it. And I can’t express or emphasize how important each of these characters perspectives are.

Or maybe if there wasn’t as many points of view this would have worked better. Like, if this book only focused on one romantic couple it would have been easier to relate and understand. Instead, we get a Sarah J. Maas, “everyone in my story must be paired up and with romance on the forefront of their minds constantly” story.

Also, I touched upon this a bit earlier, but Jude is from the forest community and he is pretty much the one that opens everyone’s eyes to their prejudices. There are some good discussions about not using certain words, and things that tie in and make good parallels to our world, but it still felt so bad that the white character had to constantly tell the PoC characters it. And the “quickest adaptor” is also Braedon, the other white character.

I almost feel like Tristina Wright did so much research and got such amazing feedback for her diverse cast and representation, that no one really helped her with the pacing and structure. Again, this is just my opinion, but I feel like if she changes a few things that the second book in this series could be amazing.

And obviously the diverse cast and representation was my favorite part of this book. Like, all I want are queer stories in space, and for that I’m very thankful that I was provided an ARC of 27 Hours! Hopefully, if you pick this one up you will enjoy it a little more than I did.