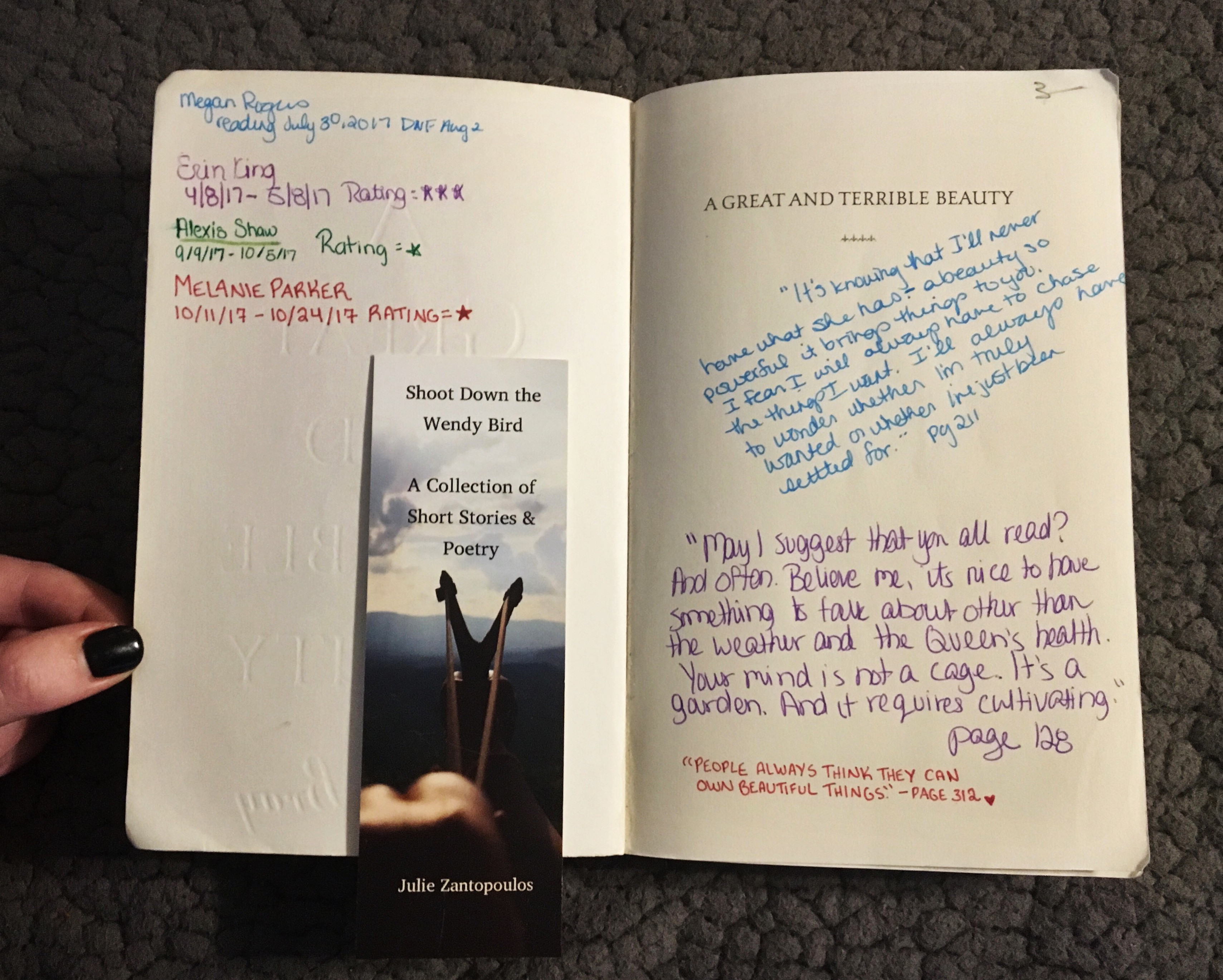 Buddy Read with some amazing ladies and a traveling book, hosted by Julie over at Pages and Pens! ❤

A Great and Terrible Beauty is exactly why I am scared to read earlier decade(s) published novels that I remember were super hyped and popular. This also reads just like an early 2000s novel, with all the problematic content being there.

The basic premise of this book is a young girl named Gemma Doyle, is whisked away to a London boarding school after the death of her mother. Before her mother’s death, she is given a necklace and she is forced to realize that she is way more important and special than she ever thought! She’s the hero that can heal the realms and save the world!

Then, at the boarding school that is meant to turn these girls into desirable young ladies to be married off, Gemma falls into a group with three other girls. Basically, the four girls start out like the cast of Mean Girls (Gemma = Cady, Felicity = Regina, Pippa = Gretchen, Ann = Karen) and events quickly escalate to them becoming the cast of The Craft (Gemma = Sarah, Felicity = Nancy, Pippa = Rochelle, Ann = Bonnie). Also, let the record state that I absolutely love Mean Girls and The Craft and this book is lesser in every single aspect, but the parallels are there.

This book is extremely racist and homophobic, but it’s painted in a way that says, “This is just how it was back in 1895!” and it feels extremely bad to read. And even though this is supposed to be a book about four friends coming together and forming a secret order, I feel like the term friends should be used very loosely. There is so much catty girl hate in this book, that I truly believe my younger self would have hated this just as much in 2005 if I read it.

And the fat shaming is constant. It actually grosses me out to think about how many people read this book, read all these terrible and hurtful passages vilifying girls because they aren’t stick thin, and thought this book was okay. And how this book handles self-harm is always disgusting.

Also, to touch upon the racism more, the male love interest is from India and is constantly fetishized for being not white. His exoticness is constantly brought up and Gemma is shamed by herself and her peers for liking him. Also, the word G*psy is used constantly, and the Romani people in general are one big stereotype that is painful to read.

There are also a ton of misogynistic comments, but the book tries to battle those a bit. I’ve had many people tell me that Libba Bray is a feminist writer, but this is the perfect example of what white feminism looks like. Like, this was a fucking mess. And a late 1800s setting doesn’t excuse it.

Trigger warnings for self-harm, suicide, murder, animal cruelty, substance abuse and everything offensive under the sun.

As for positive things I can say, I will say that this was an extremely fast read! Even with this being 400 pages, I read this quickly within two days. And each chapter does end in a way that makes you want to read more.

I also really enjoyed the atmosphere of this book, especially during the Halloween season. It’s a super old and creepy boarding school, with mysteries and magic surrounding it constantly! I mean, the setting was eerie and amazing. And even though nothing much happens until the last 100 pages, this book still feels spooky.

This is just my personal opinion, and I hope you all will respect that. Also, if this is one of your favorite books then I am happy you found enjoyment from it. Overall, for me, I was super disappointed to read this. Especially because this was my first time participating in a traveling book club! But it is what it is, and I will never support a book with this much problematic and offensive content, regardless the year it was published.

This book should just be renamed to A Terrible Gemma Doyle.

18 thoughts on “A Great and Terrible Beauty (Gemma Doyle, #1) by Libba Bray”