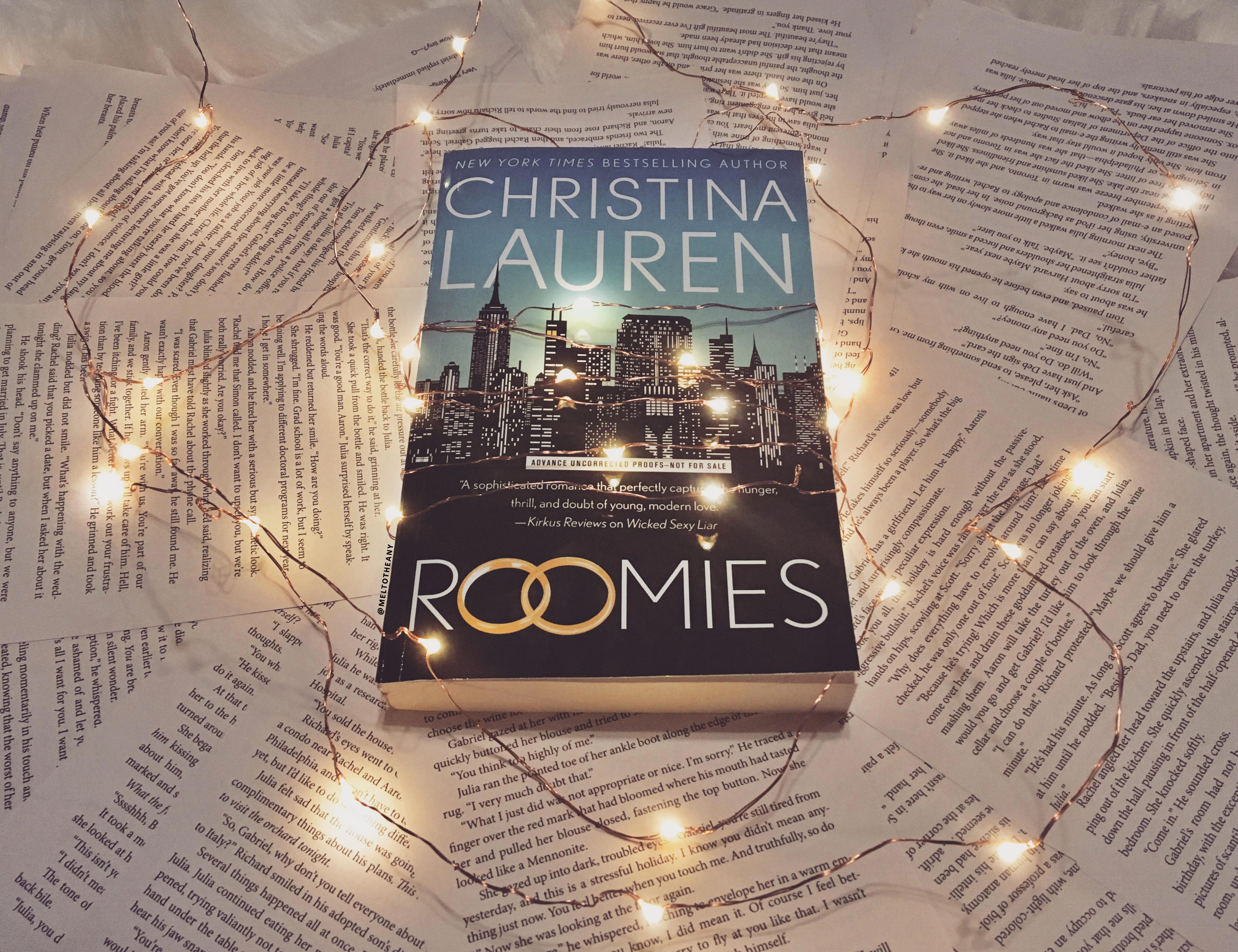 This was maybe the sweetest book I’ve read all year. It was heartwarming, adorable, and just a joy to read. I loved this and I hope if you guys are looking for a romantic contemporary this holiday season, you’ll pick up Roomies upon release on December 5th!

This is a story that surrounds a girl named Holland, who has been around music all her life. Her uncle and his husband practically have raised her, and one of them is a big name in Broadway! They obviously live in New York, and her uncle is under a great deal of pressure trying to find a musical performer who will help his latest hit production be even better.

Holland’s first love is writing, and she is actually an aspiring author, but she still has an amazing ear for musical talent because of her upbringing. She can’t stay away from a subway musician who she has developed a bit of a crush on. One day, Holland works up the courage to actually speak to the mystery man, and they exchange names.

Calvin McLoughlin is an immigrant from Ireland. He went to school at Juilliard and has been waiting for his big musical break ever since. Holland quickly puts two and two together and decides to introduce Calvin to her uncle, believing he will be the perfect fit for his show. And low and behold, Calvin truly amazes them all. Unfortunately, Calvin’s lack of authentic visa makes him unable to join the cast.

Obviously, the only rational choice is for Holland and Calvin to get married so that Holland’s uncle has the perfect addition to his show, and so that Calvin gets to live his dream of performing. And they don’t only fool the US government into believing their married, but they start to fool everyone around them, including themselves.

I love the “marriage of convenience” story trope and this one was so perfect. There are a few sort of steamy scenes, but nothing too explicit. But this book is oh so romantic and it was honestly un-put-downable for me, too. I became so addicted and so immersed that I let all the other books I was reading fall to the wayside. I loved this, and I completely recommend it with my whole heart. I can’t wait to read more by Christina Lauren (AKA: the amazing writing duo Christina Hobbs and Lauren Billings) in the future.

12 thoughts on “Roomies by Christina Lauren”