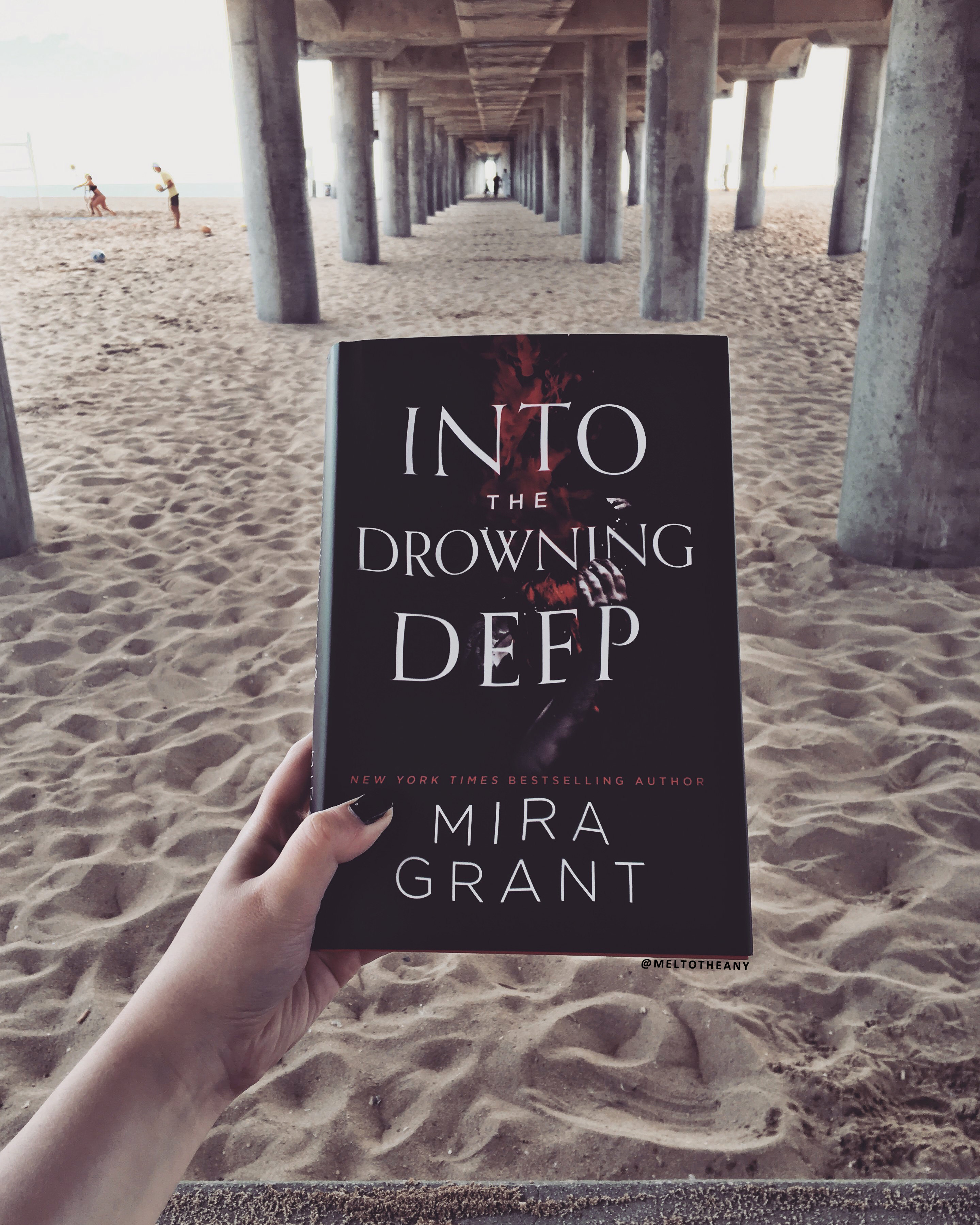 ARC provided by Hachette in exchange for an honest review.

This is such a hard review to write, but I suppose three star reviews usually are. I just feel really torn on this one! I loved so many aspects of this, but ultimately I feel like this just wasn’t a book for me. I still encourage anyone who is intrigued by the synopsis to pick it up, especially if you like horror with science!

Into the Drowning Deep is technically about killer mermaids, but it’s so much more than that. It’s about society and how we don’t take care of the habitats we are inhabiting, let alone the ones we aren’t. It’s about how we view animals as lesser, and we are supposed to use them as a means to further education and technology without ever getting emotionally involved. It’s about how humans do horrible things to our planet that is 71% covered in water, and one day it might be time for someone else, besides humans, to say enough is enough.

Ultimately, this book stars a cruise-like ship, that is traveling to a place in uncharted territories to the Mariana Trench, where a tragedy happened many years ago. On this ship, we get to see the crew and learn their backstories on why they were chosen for this expedition where they will once and for all find out if mermaids exist.

“When someone kills an American citizen, we don’t say, ‘Oh well, we killed one of theirs last week; we’re calling it even,’” she said. “We declare war. We sweep civilizations off the face of the globe. They won’t care that they started it. They’re only going to care who finishes it, and to be honest, I’m not sure it’s going to be us.”

As for what didn’t work for me: this book is honest to God scary! I mean, for the most part the characters are trapped in the middle of a dark ocean, cut off from society, facing ocean-dwelling creatures that, up until this point, have only been in fantasy. I’ll admit, I’m a baby. I didn’t like to read this book at night (which is when I do most of my reading) and I didn’t like to read this book alone. I’m sure many of you will pick this book up and laugh thinking about how I couldn’t handle the spookiness, but it’s the honest to god truth on why I didn’t enjoy this novel as much as I feel I should have.

Content Warnings: Gore, a lot of blood, violence, death, and things in those similar veins.

Overall, and like I stated above, I still completely recommend this book. I can still see what an amazing and powerful book this was, while also just knowing that it wasn’t for me. And I ultimately hope you guys still pick this one up, because it’s unique, haunting, and so very powerful.

“It was beautiful, in its own terrible way. So many monsters are.”

17 thoughts on “Into the Drowning Deep (Rolling in the Deep, #1) by Mira Grant”