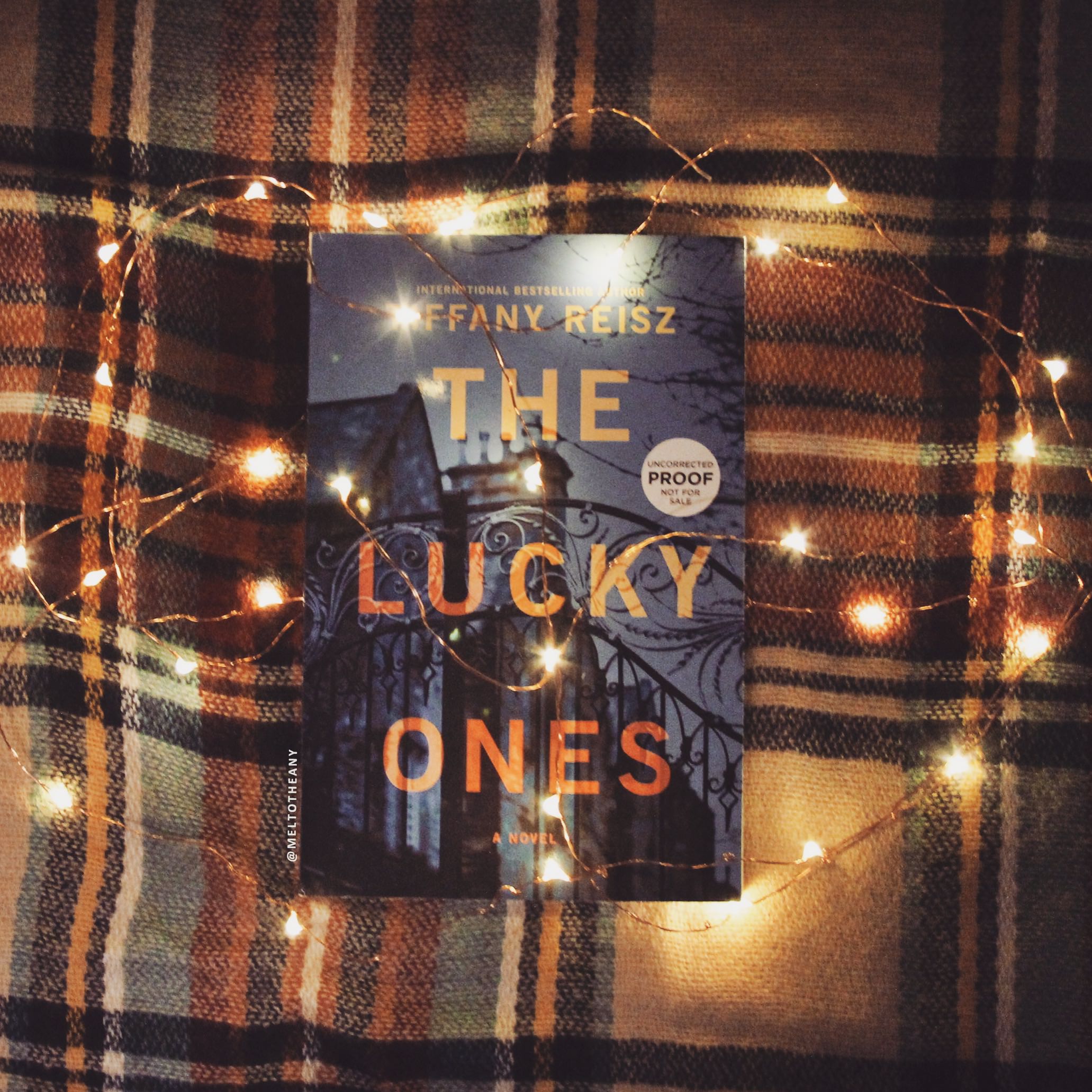 ARC provided by HarperCollins in exchange for an honest review.

“She’d known nothing but love here, nothing but kindness. But someone must have left a door open a crack and evil had snuck in when no one was looking.”

The Lucky Ones is a dark, mystery, thriller that stars a girl trying to discover what truly happened to her thirteen-years-ago. Allison’s mother died when she was very young, so she was put in foster care where she did not have the easiest of times. But one day, a man comes and takes her away and she joins his family. His family consists of a few other fosters kids, three of which he has officially adopted; Roland, Deacon and Thora. And they live in this beautiful home that they call “The Dragon” that is right on the Oregon coast.

Dr. Vincent Capello is a very famous brain surgeon who has saved many kids. His parents also had a sad backstory, so he has devoted his life to saving kids, and giving some of them a safe place to live. Yet, thirteen-years-ago Allison’s distant aunt got a mysterious call from someone claiming that Allison was going to be murdered. Then, Allison was pushed down their stairs, and by doing so she hit her head and cannot remember who pushed her. Allison’s aunt immediately came and got her, and Allison spent the rest of her childhood living with this aunt in a nursing home, but she always was left with a void from missing her adoptive family, but also wondering who had tried to hurt her.

Flash forward thirteen years, and Allison has been sleeping with a very rich, successful, powerful, and much older man for the last six years. The affair started when she was only nineteen-years-old and in return, he has made sure she has lived a very comfortable life. Allison has always wanted more than to be his mistress, but she has always been scared to ask for it. But now the man is cutting it off, and Allison is left feeling alone, just like how she felt when she left her adoptive family all those years ago.

Then she gets a mysterious envelope from her oldest foster brother, Roland, asking her to return home, because their foster father is dying.

And Allison goes, and such a twisted and constantly turning tale unfolds, where she slowly pieces together what really happened the night she was forced to leave the only people she has ever considered family. And, again, this is a Tiffany Reisz’s story; it’s dark and borderline taboo, but I truly enjoyed it, and was genuinely surprised with the twists and turns.

“She was in danger in this house, but not from violence— unless it was the violence of her own feelings.”

There is a lot of talk about medical procedures, and mental health conditions, so please use caution when going into this one. And trigger/content warnings: cheating/being unfaithful to a partner, death of a child, physical abuse, suicide, animal abuse, animal death, attempted rape, medical malpractice, and psychosurgery.

Overall, I couldn’t put this down. And I loved being a part of Allison’s journey of discovery. I loved the perfect scenery, the forbidden love on a million different accounts and levels, the lyrical and beautiful writing, the unique plot, these morally grey characters, and all the different secrets. This was such a different and enjoyable read for me, and I can’t wait to see what Tiffany Reisz does next.

2 thoughts on “The Lucky Ones by Tiffany Reisz”