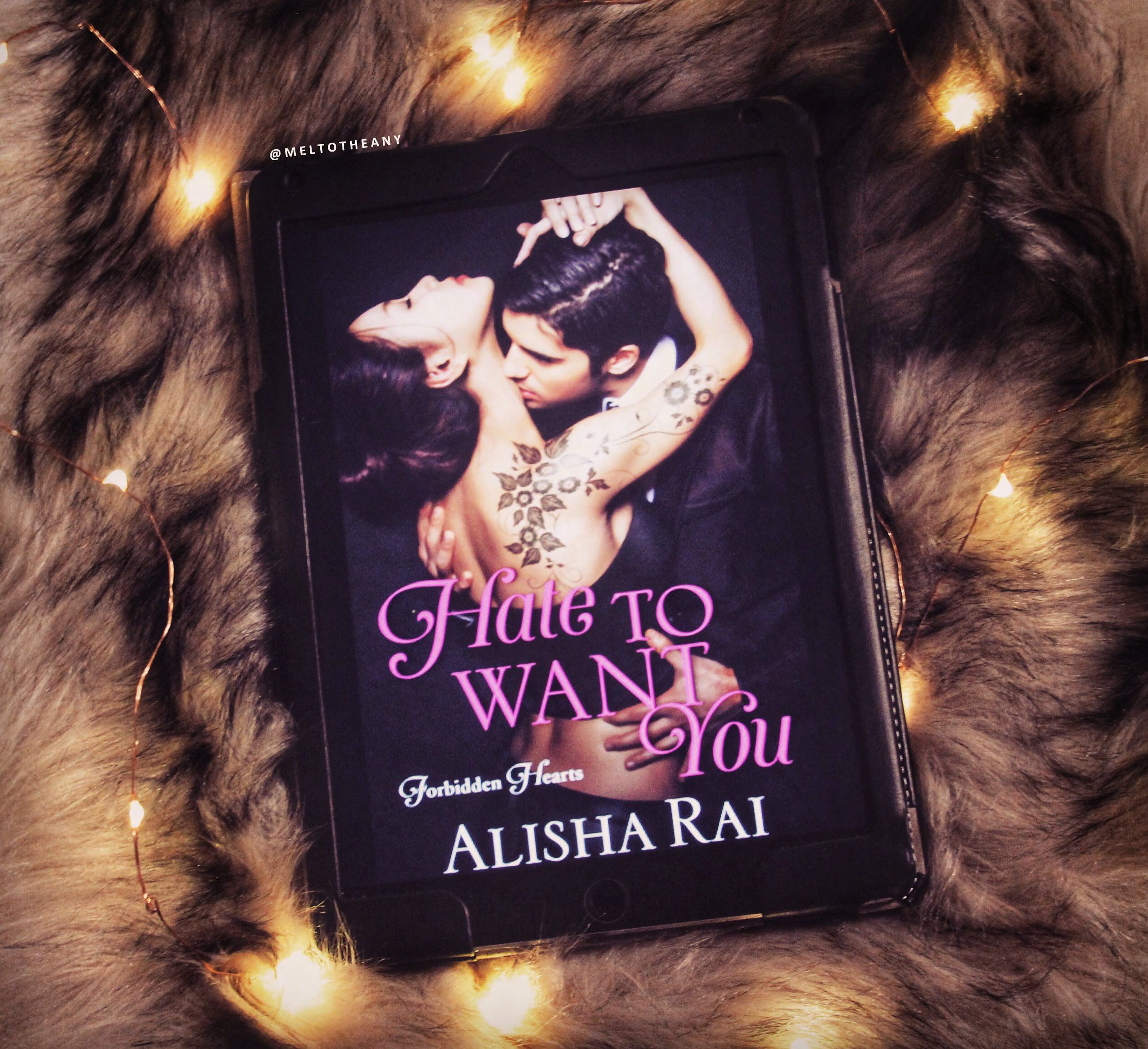 “Ten years is long enough for me to be hung up on a man who hates to want me. Who I can’t seem to hate enough to stop wanting.”

This was a damn treat to read. One of my favorite second chance romances of all time. Never have I ever read such a sexy book, that constantly emphasizes the importance (and sexiness) of consent! On top of the fact that this book has some amazing diversity from most of the cast of characters, but it also showcases an Asian main character who is living with her depression and who loves her soft body completely and unapologetically. I loved this. Absolutely loved this. And I completely recommend this to every romance reader.

Hate to Want You switches between two perspectives:
➽ Nicholas – In line to own his family’s empire, while working constantly.
➽ Livvy – Tattoo artist who won’t stay in one city for too long.

“Love rarely conquered all, the true villains almost always went unpunished, and happily ever afters? Ha. Sometimes all you could hope for were secret stolen moments with one messy, royally bad girl.”

And their lives have been intertwined forever, since their family used to co-own a business. Key word: used to. After a tragedy, that business relationship fell apart, so Nicholas and Livvy’s relationship fell apart, too. Yet, every ten years, on Livvy’s birthday, she will text Nicholas coordinates to meet her in a different city. And he always comes. And they always have mind-blowing sex.

Except, last birthday, Livvy’s thirtieth birthday, which would have marked ten years since Nicholas started traveling each and every year to find her, she didn’t send a text. But now she’s back in town, staying with her mother, in the city where Nicholas and her grew up and fell in love. And Nicholas is not only curious why she didn’t text him, but he’s also trying to keep his emotions in check.

“How can I be with anyone else when I spend three hundred and sixty-four days waiting for you to draw me a map?”

And Nicholas and Livvy’s families are heavily connected. Like, generations back connected. And throughout the story we slowly get to see what drove them apart ten years ago, while also focusing on everything that is still keeping them apart.

You all, it was refreshing to read about people actually older than me for once in a romance novel! Seriously, I’ve been feeling in kind of a funk about my age and reading lately, and this was a breath of fresh air! The media we consume just makes us feel like we should be married, in our dream homes, with kids, in our late twenties. Then this beautiful and actually realistic story comes along, and it was the perfect thing that me and my head space needed.

“The world was unkind to women. It was devastating to women who didn’t believe in themselves.”

This was the most seamlessly woven feminist romance novel I’ve ever read, too. And I honestly feel like I’m going to rate all romance reads off of this one book. I always add little caveats for my erotic reads, about how I rate them differently, because so many of the themes are so unhealthy, toxic, and problematic, but now I understand that’s just bad and lazy writing. Alisha Rai wrote this beautiful, powerful, sexy as hell, feministic book that didn’t have any of those unhealthy elements that I’ve come to expect. I was proud to finish this book, and this author has now set the bar for me, and I’m not looking back.

“I read this article once that said the quickest way to get a dude to stop hitting on you was to say that you’re with another guy, because men respect other men more than they respect a woman saying no.”

This was honestly pure joy to read. It was so fast paced, so intriguing, so sexy, so powerful. The representation was beyond words amazing. The themes were important and so very appreciated. And the story was great. I can’t wait to read every single thing Alisha Rai has created. Don’t sleep on this one, lovelies.

28 thoughts on “Hate to Want You (Forbidden Hearts, #1) by Alisha Rai”