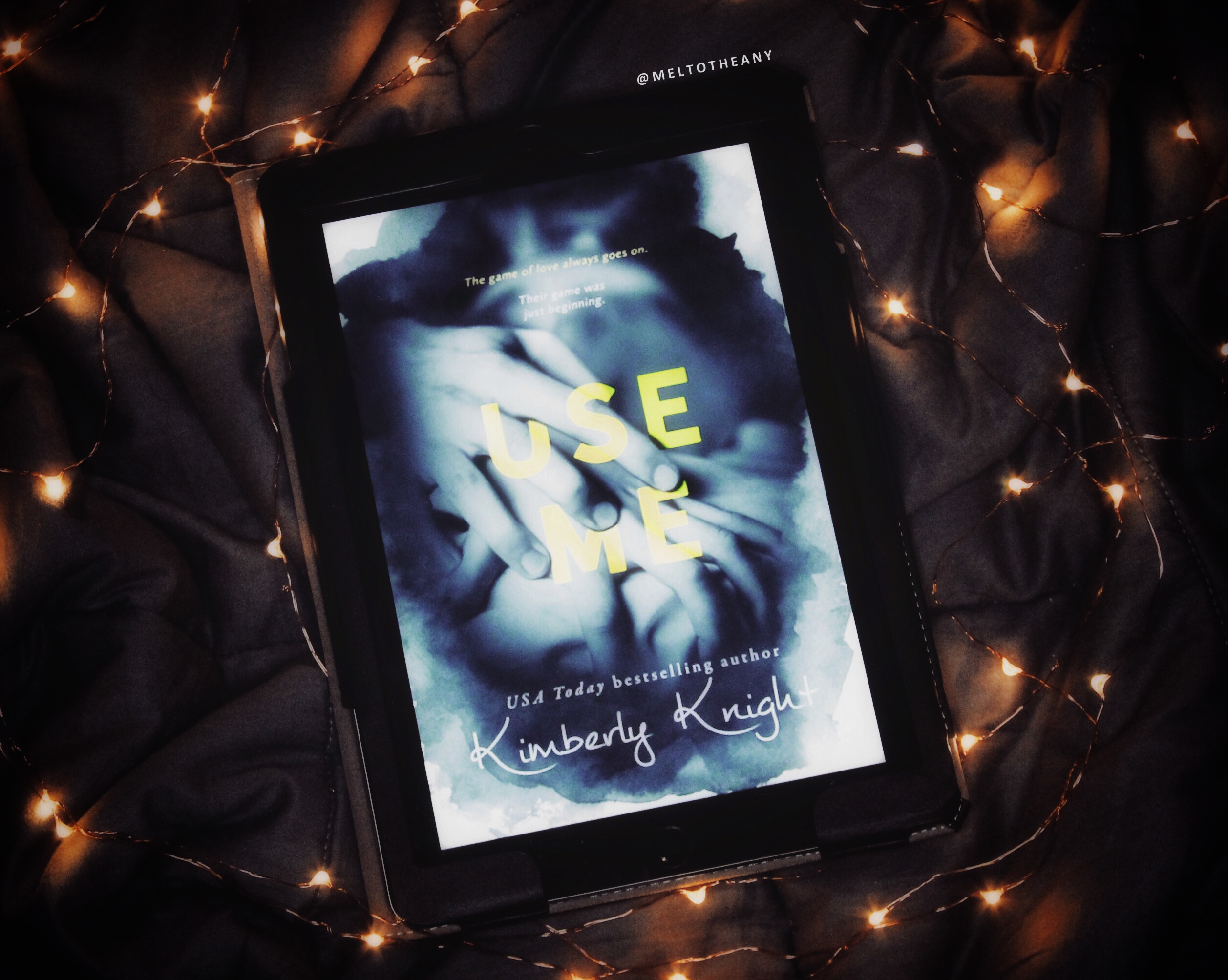 ARC provided by the author in exchange for an honest review.

This was such a sexy, romantic, and downright adorable contemporary! It is such a delightful mix of humor, hockey, and hotness! And even though this is so swoon-worthy, it also talks about a lot of tough topics, like bullying and stalking and how it will always be easier for a girl to turn down a guy by saying she has a boyfriend, than just by saying no.

Use Me is set in Chicago, and stars two very different news anchors whose paths cross by complete fate. Another thing I really loved about this book is that the main protagonists are both into their 30s and it’s completely normalized that they had fun and focused on their careers in their 20s, and do not feel shame for not having children yet. Yet, both are thinking about marriage, for very different reasons.

➽ Ashtyn – In love with journalism! She now is the lead news anchor for her local nightly news station and is super popular among the community! She has a very bright future ahead of her.

➽ Rhys – Hockey obsessed! Has played his whole life, but didn’t make it pro. So, he did the next best thing and became somewhat famous for being the local hockey sportscaster.

And (*Yellowcard’s best song*) one October night, after both of these two have had their relationships ended right before their eyes, they decide to do what a lot of people would probably do: try to drink it away at the local pub.

The romance in this is so good. It starts out a 50/50 mix of relationship of convenience and just a blatant fake relationship, both of which are tropes that I utterly love. And it was beyond heartwarming to see these two slowly, but surely, realize that maybe there was a little something more there.

You all, this was so adorable. I swear, I had a smile on my face for most of this book. But, like I said above, it does touch on some super dark, but important topics that I actually wish I saw more of in the romance genre. Stalking happens way more than you think, and you don’t have to be a famous movie star to have it happen to you. I loved the normalization and I really respect Kimberly for taking her story there. This is for sure a romantic contemporary, but there is a constant thriller mystery going on, too.

The only negative thing I will really say is that sometimes the situations felt a little over the top for me. I totally understand that this is a book, so I am not that harsh of a judge when it comes to realisticness, but some of the things that went on were still a little much for me. Plus, there were a few homophobic terms that the villain used a few times that I really hated. Trigger/Content warnings: homophobic comments and slurs, cheating (always in a negative light), stalking, bullying, attempted rape (Rohypnol), and I suppose a little violence, but nothing too graphic.

Overall, this was such a delightful read that I absolutely adored! Seriously, if you guys are in a romantic mood for something that’s maybe a little on the naughty side, please pick this up! This was beautifully written, I couldn’t help but fall in love with both of these characters, the story was absolutely addictive, and the mystery was completely captivating. I’m so happy I was able to read this wonderful story!

2 thoughts on “Use Me by Kimberly Knight”