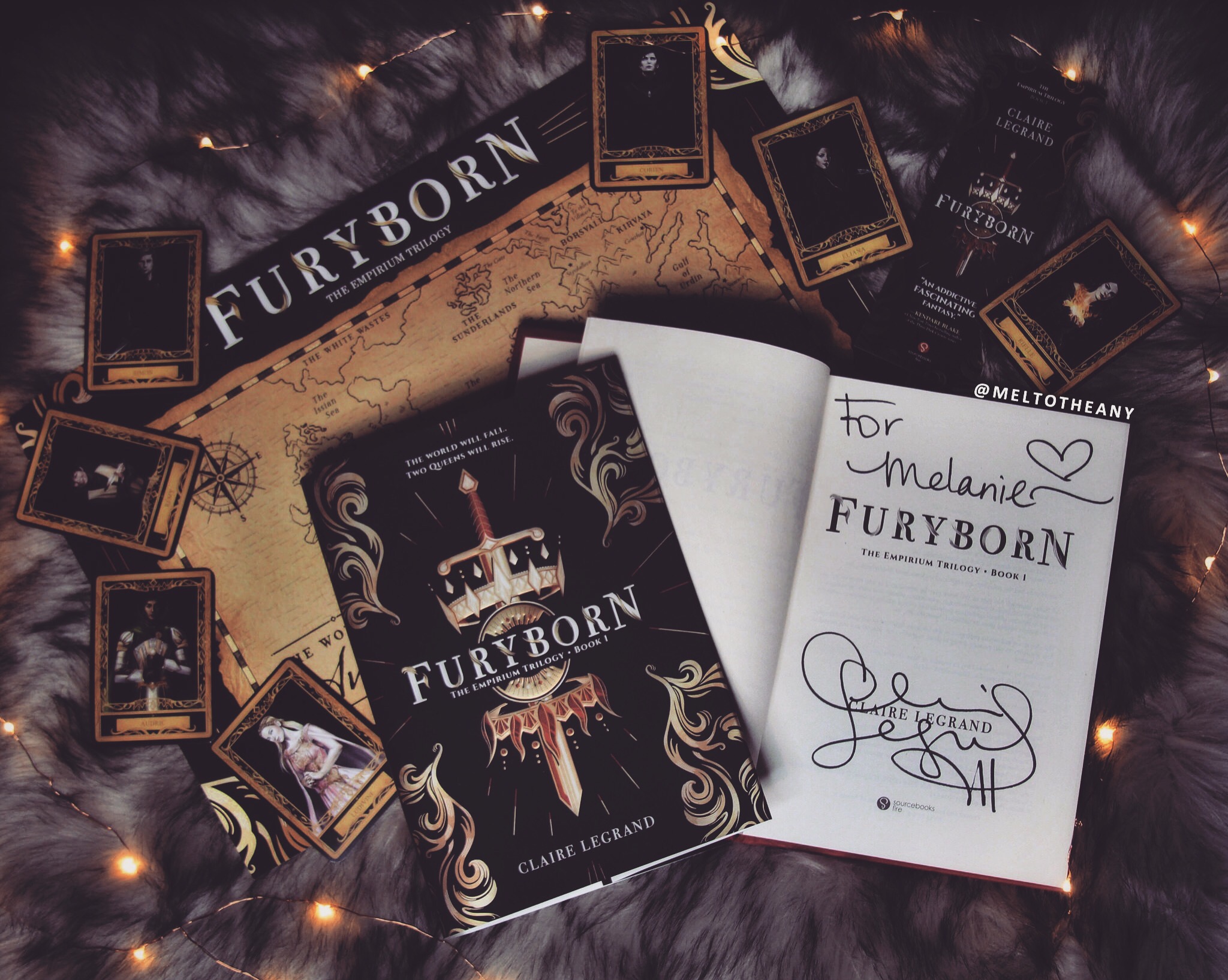 Apparently, this is going to be a super polarizing book here on Goodreads, which is totally fine. Whatever your feelings are towards this book, they are totally valid. I did end up really enjoying it though. I thought it read like an adult high fantasy, I loved the constant juxtaposition between the two main protagonists, I thought it was high action back to back to back, and I loved how morally grey and ambiguous everyone was. Maybe this book just catered to my personal reading tastes a bit more than others, but I really loved reading this.

I loved the worldbuilding, I didn’t find it difficult to understand. I loved the fast paced and constant action. I ended up completely adoring many of the characters. I thought the writing was smart and lyrical. And I just overall thought this was an expertly crafted tale and made these two girl’s stories and parallels blend perfectly.

“She was supposed to be the Sun Queen, their savior and protector. And yet she had become the Blood Queen. The Kingsbane. The Lady of Death.”

➽ Rielle Dardenne – A girl that has been forced to hide who she is her entire life. In this world, it is rare to have a magical power, but completely unheard of to be able to wield all seven, well, except in a prophecy. After a life or death situation, her kingdom finds out, and then she is forced to complete seven magical trials or be executed.

“We live in a world where good kings die and those foolish enough to hope for something better are killed where they stand.”

➽ Eliana Ferracora – A bounty hunter that is forced to work for the Empire, who put every rebel they find to death. In this world, this is the only way to survive, until Eliana’s family gets broken apart, and she is forced to truly see the world in a different light.

And one of the best prologues that I’ve ever read, shows the starts of how these two women are connected, despite their stories taking place one-thousand-years apart. We are also introduced to a prophecy about two queens, who will change the world and leave it impacted forever.

“Two Queens will rise.
One of blood. One of light.”

My favorite part of this entire book was seeing the juxtaposition between Rielle and Eliana constantly. This story is told entirely in alternating chapters/points of view of the two girls. They would be doing such similar things, a millennium apart, but we’d get to see the different reactions, choices, and actions they decided upon.

And we have a full cast of side characters who also have completely stolen my heart:
➽ Ludivine – My second favorite character, and an amazing representation of found family and the unconditional love we have for friends. And like, give me all the wonderful girl friendships!
➽ Audric – Rielle’s love interest, and the king in waiting. Also, a sweet cinnamon roll and powerful light bringer.
➽ Corien – I could write at least one page on this character alone. But he’s wonderfully crafted, and I can’t wait for you all to meet him.
➽ Remy – Eliana’s little brother, who is in love with stories and is just adorable in general.
➽ Navi – Princess from another country that truly stole my heart. Also, more friendship goals.
➽ Simon – Oh boy, I don’t even know how to talk about him. Simon ended up being my favorite character, but I can’t say much without spoiling things. He’s amazing, he’s caring, he’s selfless, and he’s a wonderful leader. 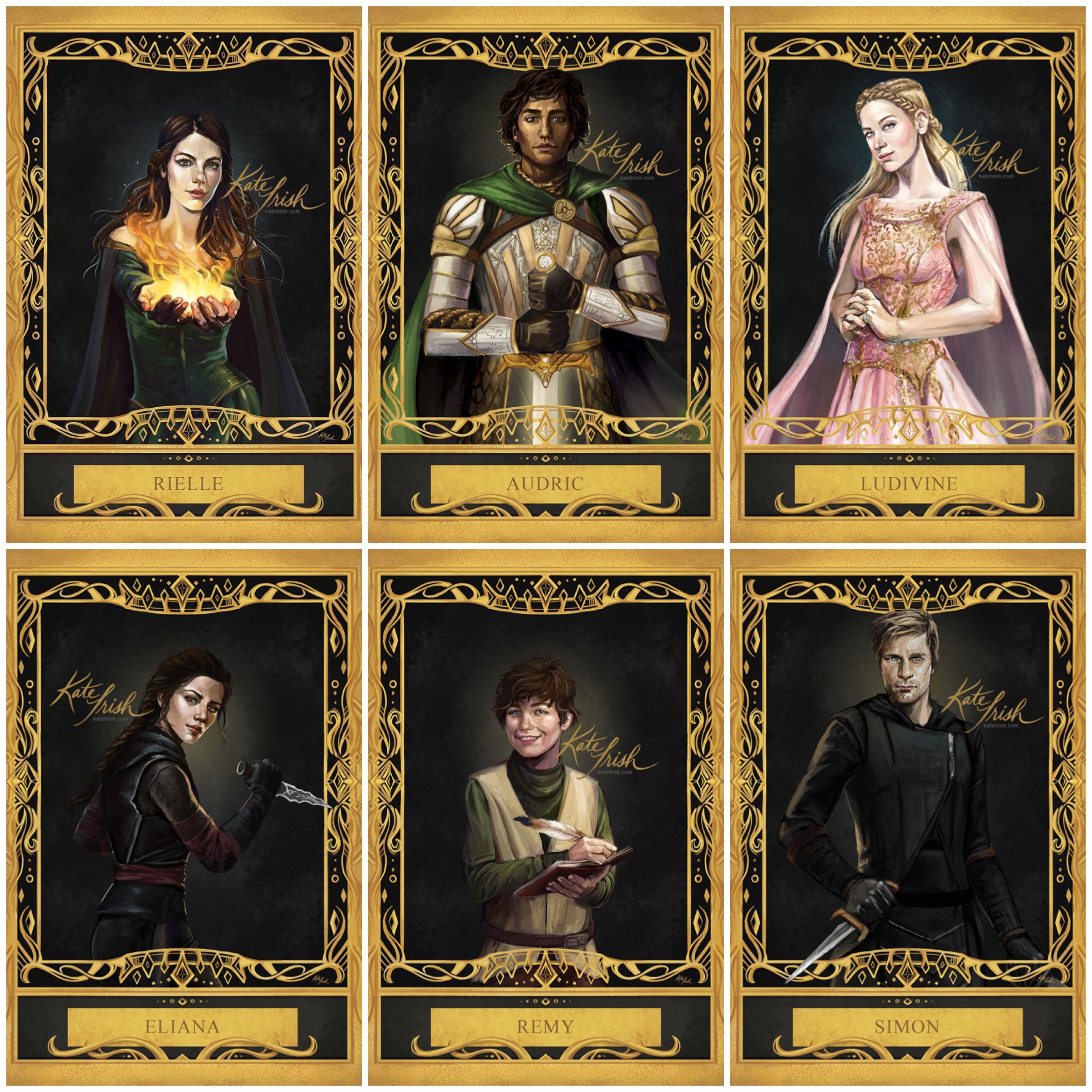 Next, I love you all, and these next two paragraphs aren’t directed at any one person. I’m only even writing them, because I’ve seen many reviews talking about both of the things I’m about to talk about. And both of these paragraphs are also going to be very personal to me, so please be respectful, and try not to hate me. Thanks.

I see a lot of people talking about how they feel the bi rep is bad because those characters think and talk about sex a lot, but I honestly think that’s such a dangerous way to think. Bi people/characters should be able to be promiscuous without the world yelling that it’s bad rep/bad actions. You all that do this set queer people back every time you do this. And you only help to reinforce that stereotype. Hi, my name is Melanie, and I identify as pansexual, and you know what I like to have? A lot of sex. So, whenever people say things like this, it actually hurts me and makes me feel bad about myself. People should be able to have sex, a lot of sex, sex with one partner, sex with many partners, sex with themselves, and they shouldn’t be shamed for it. Literature, our society, and the damn world need more sex positivity. And you’ll never catch me shaming anyone or any book for having too much of it, as long as it’s healthy and consensual.

I also see a lot of people saying that there isn’t bi rep in this. Just because a bisexual ends up with the opposite gender, and only has sex on the page with the opposite gender, that doesn’t make them not (or less) bisexual. Both main characters, who both identify as female, state attraction to women, a few times, and that’s enough. Am I going to say this is the best rep in the world and I see myself so much on the pages? No. But am I going to discredit female bisexuals who are with men or who have never even been with a woman? Hell no. This is also super harmful thinking. Hi, my name is Melanie, and I identify as female pansexual, and you know what I’ve been in? A lot of monogamous relationships with partners that identify as male. People shouldn’t make bi/pan people only feel valid if their representation means they end up with the opposite sex/people who identify as nonbinary. Miss me with that gross line of thinking, please. Bisexuality is about attraction, not action, you don’t have to perform any action, sexual or not, to prove your bisexuality. And both these characters say they are attracted to women, one of them many times, despite her also performing sex work with females, which many are acting like that’s the only time she’s expressed attraction to women. Also, I’m not going to write a third paragraph about how we shouldn’t shame sex work, you all should just know better in 2018.

Okay, so moving on, the next thing I want to talk about is the portrayal of grief. I really appreciated the portrayal of grief and how real and constant it felt. And it is focused on by both of the leading protagonists throughout this novel. And even though this book is at least borderline New Adult, I still think YA and NA need so many more normalized stories of grief, and how it’s something you might always struggle with, with good days and bad.

And let me emphasize more, that this is a dark book that has constant dark actions and dark themes. When I said above that this reads like an Adult high fantasy, I truly mean it, even though I would consider this book New Adult, and even though it is marketed as Young Adult. Trigger/Content Warnings: Abuse, child abuse, death, gore, violence, abduction, kidnapping, animal cruelty, loss of a parent, loss of a loved one, sexual content, slavery, and torture.

Also, I’d like to touch on the animal abuse scene a bit more, because animal cruelty is one of two triggers that I personally have. Was the scene hard to read for me? Yeah, a bit. Do I think it was done in a malicious manner? No, not at all. Did the character feel really awful afterwards and remark on it a few times after the event took place? Yeah. And lastly, do I think it’s extremely believable that someone who doesn’t understand their powers would not think about harming an animal consequentially while using them to save the human being you love most in this world? Yes, 100% yes.

Okay, moving on to the romance. I was much more invested in Rielle’s romance than Eliana’s, which is maybe not the general consensus either. After reading the prologue, and knowing what happens between Rielle and Aurdric, I just became so invested to see the events that took place to make the events come to fruition. Like, I became obsessed. And I will read book two alone so that I can hopefully find out more. Also, yeah, there is sex in this book, but it’s tastefully done and for sure not anywhere close to the worst sex scene I’ve ever read. It was just a normal sex scene to me; nothing over the top and nothing bad. But it did heavily emphasize consent and making sure this was something that the woman wanted to do throughout the act. I loved that, and please give me more books like this.

“I don’t know how to both love you and be the person who sends you to war.”

But I really enjoyed this one, and I can’t wait to see where Claire Legrand takes these two interwoven tales next, especially with how both points of view leave off. I thought this was fun, and filled with action, and hard to put down each night. Also, give me all the *Breaking Benjamin voice* evil angelssssss! But I am excited to see how everyone feels upon release, since this does seem like a very polarizing book thus far.

You know who I really think would enjoy this book? Fans of The Queen of the Tearling by Erika Johansen! Now, I know that that series is super polarizing, and I was such a strange reader and gave the entire trilogy three stars, but I truly kept thinking how much Furyborn reminded me of that series. But, dare I say? Better. It reads and feels better. Yet, if you liked The Queen of the Tearling, I would 100% recommend this to you still.

Overall, reading is subjective. And something that one person loves, another could just as easily hate. And one ownvoices reviewer can think the rep is bad in a book, where another could really appreciate and love it. As long as someone isn’t personally coming into my house and bothering me or my loved ones, I’m not going to fight someone over a book. Let people enjoy the things they love, and let people dislike the things they hate. But remember, telling a person their feelings aren’t valid is never a good look.

(Massive) buddy read with:
💗 Jessica at fringereading
💗 Amy at A Court of Crowns and Quills
💗 Julie at Pages and Pens
💗 Alexis at The Sloth Reader
💗 Jules at JA Ironside
💗 Jenn at I Will Seize the Day
💗 Lilly at Lair of Books
💗 Imogen at Imi Reviews Books
💗 Lourdes at Chapters We Love
💗 Paula at Je Speak Franglish
💗 And Rian