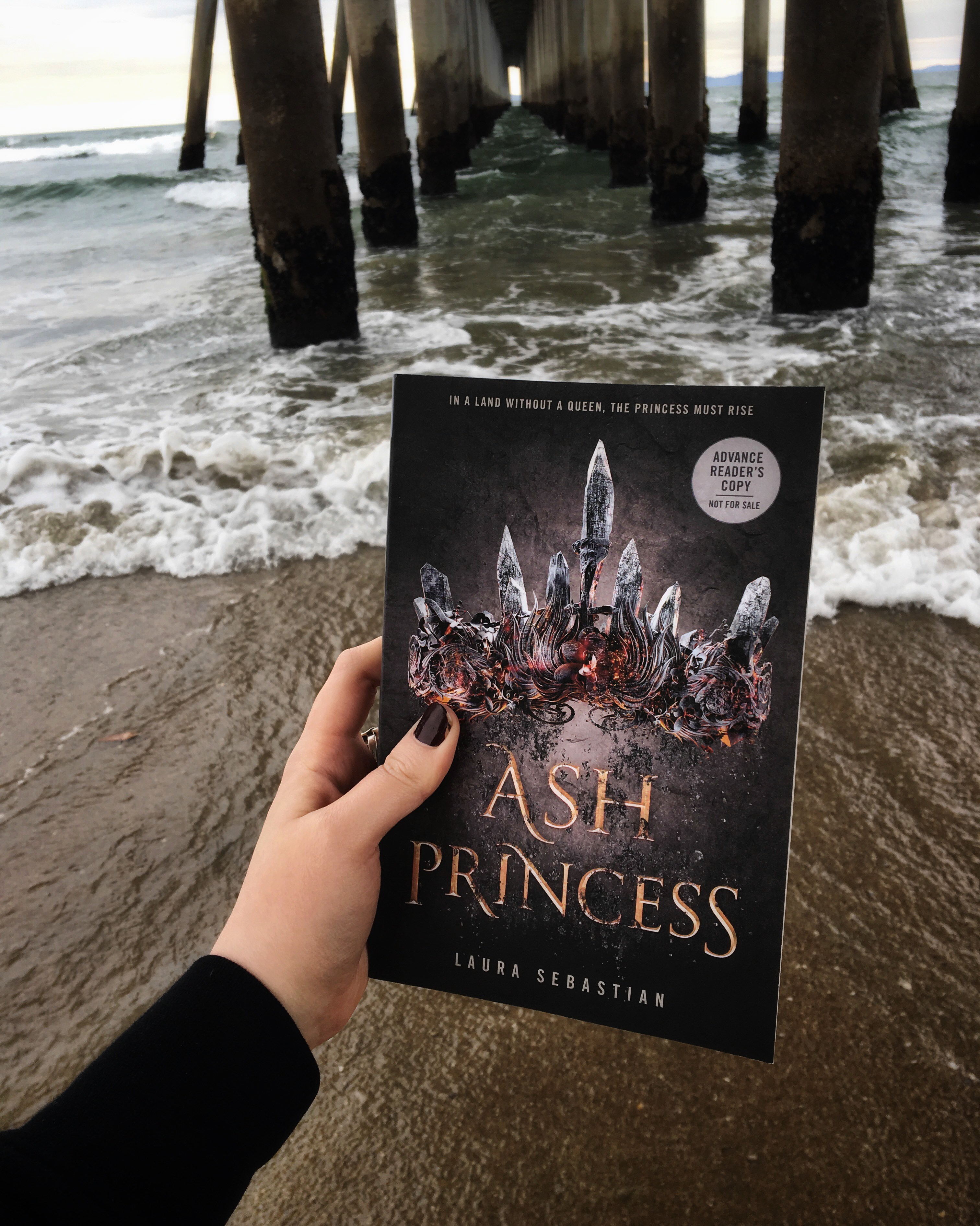 ARC provided by Penguin Random House in exchange for an honest review.

“My name is Theodosia Eirene Houzzara, Queen of Astrea, and I will endure this.”

Friends, I couldn’t put this down. This was such an addicting and captivating read. This was the first book of 2018 that I read in one day, which is saying something because this book is almost 450 pages. I was just so invested with the romance, the rebellion, and the betrayals, that I couldn’t stop turning the pages.

Ash Princess is Laura Sebastian’s debut novel, which is a story about a girl named Theodosia (yeah, I’m going to be singing Hamilton all day after writing this review), whose ruling mother was murdered, and their land taken over by another kingdom when she was only six-years-old. the Kaiser allowed her to live, but only so that she could live among them, while they take everything she has ever known away. She is used as a reminder for her people that the Kaiser has enslaved, and when they do anything to rise up, Theodosia takes the punishment. Her back is incredible scarred from the whippings she has had to endure, but the Kaiser also inflicts so much mental and emotional abuse alongside the physical.

“The last person who called me by my true name was my mother, with her dying breath.”

The Kaiser conquered Theodosia’s land because there are caves that run beneath four major temples that her people worship (air, fire, water, earth). And gems come from those caves to give people magic, but they also give people with an affinity for the element(s) a lot of magic. The caves have so much magic inside them, that when Theodosia’s mother would rule, people would go down and stay in the caves, most dying, but some emerging and proving that they are worth the element the god and goddesses gave to them. Now that the Kaiser rules, he forces the slaves down there to mine, but most lose their minds after being around the power(s) for too long, and eventually lose their lives.

Theodosia’s only friend is a girl named Cress, whose father is the one who swiped the blade across her mother’s throat. Inside, Theodosia feels a constant battle about what she can do while feeling so absolutely helpless. Yet, Cress also lost her mother when she was very young, so an unconventional friendship grew from two girls both mourning the mothers they never got to know. I loved seeing their friendship develop and become what it was by the end of the book. But Theodosia is constantly reminded of all the things she lost alongside her mother, but she is forced to do the only thing she can: survive. That is, until one day a boy from her past comes and offers her a way out, and a way to maybe right a few wrongs that have happened to her people.

“A life where a crown—gold or ash—doesn’t weigh heavy on my head.”

As I said above, this is a dark story about a girl who is forced to live among the people who ruined her life and killed her mother. Trigger/Content Warnings for racism, enslaving humans, abuse, torture, graphic beating, humiliation, captivation, gore, murder, death, loss of a loved one, bullying, talk of rape in the past, talk of animal murder in the past, sexual assault (unwanted touching), and rebellion/war themes.

The other thing I’d like to talk about is that the Kaiser and his people are white with light features, where Theodosia and her people have darker features and are said to have a “tawny” skin color. On top of the fact that this is a story about how one empire colonizes another, and puts the remaining population in chains and are force them to work (and die) in the mines harvesting gems.

“Maybe his interest in me isn’t just about saving the damsel. Part of him also wants to be saved. If he’s stained by his father’s sins, then maybe I’m the only person who can absolve them.”

My favorite thing about this book was easily the romance. Now, a lot of books have kind of vague, blurry, love triangles, but Ash Princess just has a blatant one, and I loved it. Theodosia is torn between her childhood friend and first love, Blaise, and a boy whose father has taken everything from her, Søren. It is legitimately friends to lovers and enemies to lovers and my shipper heart was so full of happiness. I personally like the enemies to lovers side of the triangle more, and I was falling off my bed, swooning so damn hard, during the last tunnel scene. Like, that is my romance kink, 100%, and if you’ve read this book you’ll know what scene I’m talking about. The romance in this is perfect, and I will read Lady Smoke at midnight upon release to see how these romances progress, because your girl is invested.

“You could ask me for the ocean itself and I would find a way to give it to you.”

So, you’re probably asking, “Melanie, why did you give it four stars if you enjoyed it this much and won’t stop gushing over it?” And that’s because, I’ll be honest, this story doesn’t bring anything new to the YA Fantasy world. If you read a lot of other reviews on Goodreads, you’re going to notice the same line of “this is nothing new” and it is true. A lot of reviewers are also comparing this to Red Queen and An Ember in the Ashes, but I haven’t read either of those! Basically, this isn’t groundbreaking or even unique, but it’s super well written and crafted and it truly made for an un-put-downable read for me.

Overall, I truly loved and devoured this. This was easily the most addicting thing I’ve read in 2018 thus far, and I completely recommend it with my whole heart. Again, it might not be the most original thing, but that doesn’t make it not worthwhile. I loved the characters, the twists, the plot, the friendship, the perfect romances, the atmosphere, the writing, I loved it all. This will probably be one of my favorite YA Fantasies of 2018, and I hope you all give it a try upon release!

“We are not defined by the things we do in order to survive.”