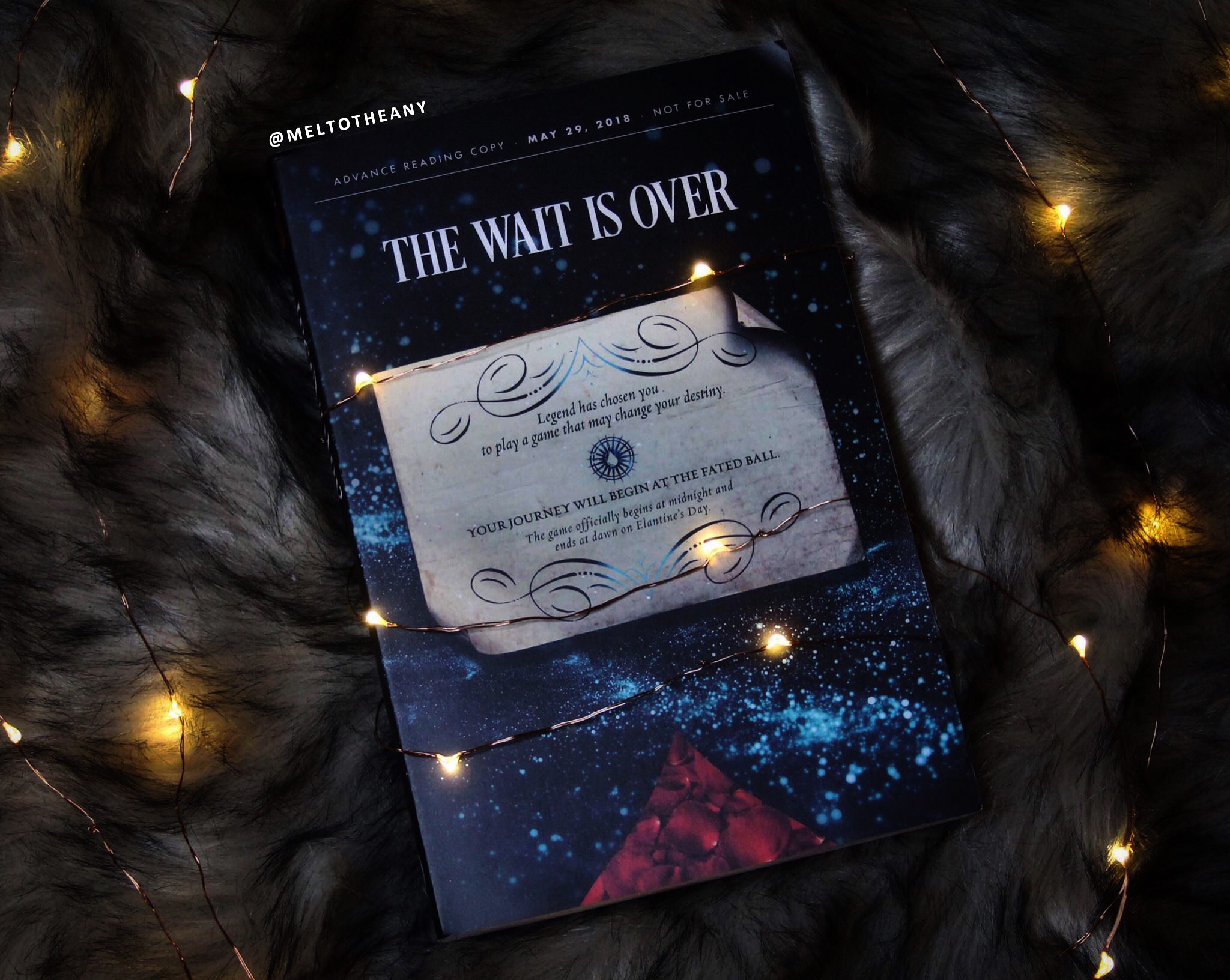 “But the best villains are the ones you secretly like, and my nana always said Legend was the villain in Caraval.”

I know that Caraval was a super polarizing read last year when it released, but I fell on the side of totally loving. From the game, to the mystery, to the lyrical writing, to the compelling characters, I couldn’t get enough. I devoured it in two sittings and never wanted to stop the reading experience. And guess what? Legendary was no different.

In Caraval we follow Scarlett and watch her run away from her home, and her abusive father, so that she can try to rescue her sister, Donatella, by winning the magical game of Caraval. Well, immediately after the outcome from Caraval, Legendary picks right up. Except this time, we follow Donatella, and she has stumbled on her own very own mystery and her very own game. And forget everything you think you learned in Caraval, because this trilogy takes a completely new approach, with completely new twists and turns, in Legendary.

“Legend has chosen you to play a game that may change your destiny.
In honor of Empress Elantine’s 75th birthday,
Caraval will visit the streets of Valenda for six magical nights.”

The invitations are distributed and a brand-new game of Caraval is going to begin, in a brand-new empire that is ruled by a very powerful empress. And this time Tella has decided to play so that she too has a chance to locate someone who has disappeared from her and Scarlett’s lives, their mother. Paloma was truly a woman of mystery, but we are able to see a few flashbacks that Tella has of her mother, along with a few of the keepsakes that Tella has kept all these years.

“For it was also said the Prince of Hearts was not capable of love, because his heart had stopped beating long ago. Only one person could make it beat again: his one true love. They said his kiss had been fatal to all but her—his only weakness—and as he’d sought her, he’d left a trail of corpses.”

We also get to see that a magical card prophesied that Tella would be a victim of unrequited love for her entire life. So, a ring that appears to be more than just a ring, and a card (think Tarot cards) that Tella took against her mother’s will, is all she has as clues. That is, until she meets someone who knows much more about that particular card, and the entire Deck of Destiny. And Tella ends up trying to win Caraval for this new stranger, for her mother, for her heart, for her life, and for Legend himself. Because the only way Tella will ever see her mother again is to win this game.

This book also had a bit more romance than Caraval, but I was completely living for it. And I’m still living for it, honestly. And like, we are maybe about to get a love triangle and I’m still totally here for it. And some of these scenes were legit 11/10, and I completely recommend. Also, I’m still swooning over Dante. But I also can’t stop thinking about Jacks and love that good angst. Be still, my heart.

“I’ve never wanted to be someone else until that moment I saw him kiss you on the dance floor.”

Okay, now I don’t want to gush too hard on you all, but you want to know what this book reminded me of? The Cruel Prince and The Wicked King by Holly Black. And chapter thirteen was such a work of art. Probably the best chapter I’ve read in any book in all of 2018.

So, why did I end up giving this four stars and not five with glowing sentences like the paragraph above this one? With so many twists and turns throughout this book, all of which blindsided me and made me fall more and more in love, the ending ended up being so predictable. Like, to the point that I thought it couldn’t be real, and that the epilogue was going to pull the wool from my eyes. But no, the disappointment just stayed. Which is so sad, because this book was so good, and such a treat to read in every single way, but the ending just made this amazing book really end on a bad note.

“Tella would destroy the world before she allowed anything to happen to her sister.”

Also, there wasn’t as much of a positive sibling emphasis in this book. Like, Tella was 100% committed to Scarlett, and we know from Caraval that Scarlett was 100% committed to Tella, but Legendary didn’t do anything to help enforce that percentage. Scarlett was honestly kind of a hot mess in this book, from start to (especially) end. I pray that Finale is either entirely in Tella’s point of view or it switches between Scarlett and Tella’s point of view. I don’t think I can deal with another solo Scarlett book after her actions in Legendary.

But overall, I really did love reading this. Again, I know not everyone does, but I just love Stephanie Garber’s writing and purple prose so much. I completely connect with it, and it completely immerses. I always feel like I’m there for all six nights of Caraval, in the castles, carriages, balls, and cathedrals. Also, these books and their settings are such aesthetic goals, I swear! Plus, this entire series is such a love letter to morally grey characters! I can’t wait to see how this all wraps up in the last book, Finale.

✨ Receive a custom set of playing cards with four unique suits AND a signed bookplate when you upload your proof of preorder purchase HERE! (US only, I’m sorry)