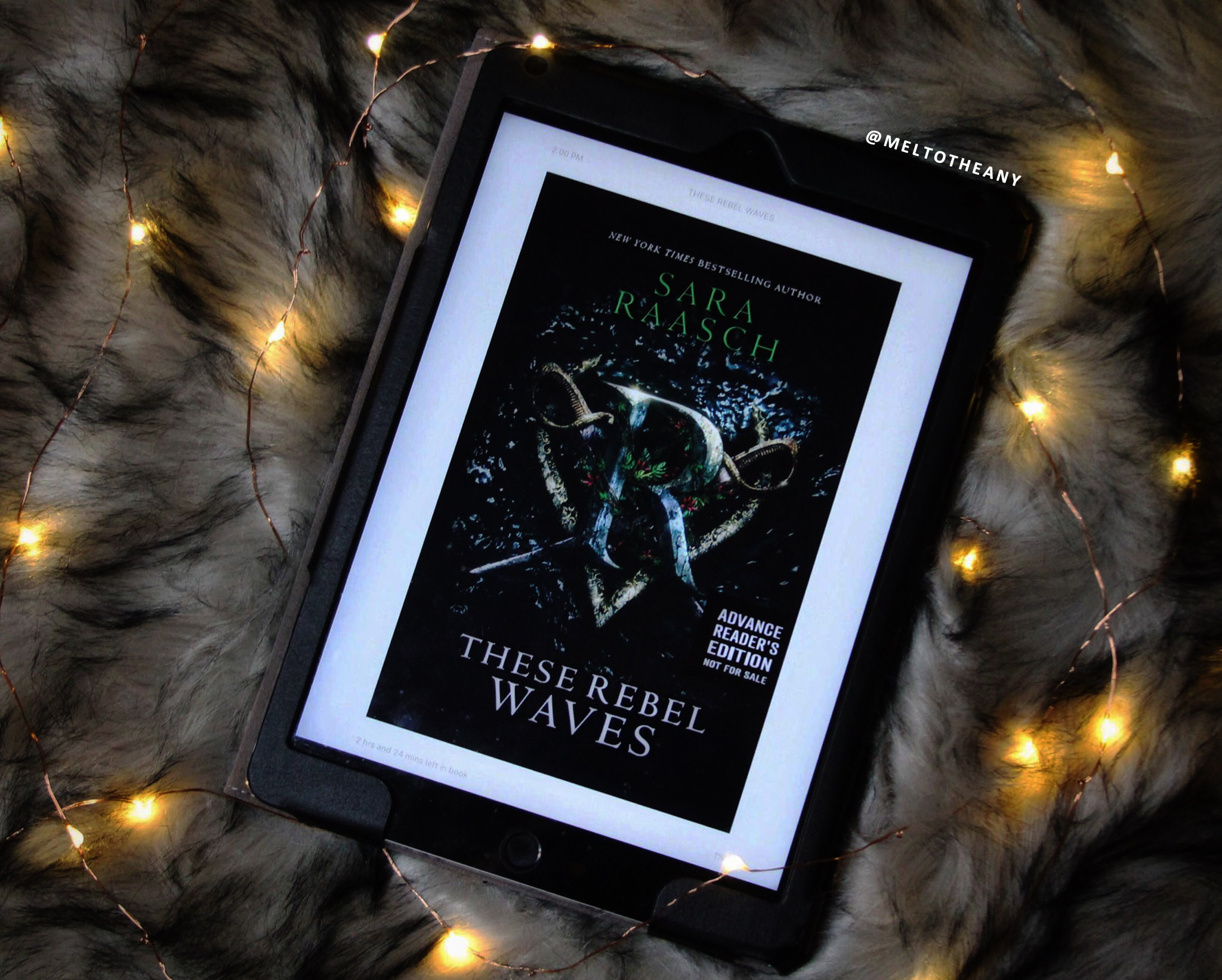 Friends, this just was not the book for me. And you know I hate writing “negative” reviews, so I’m going to try to keep this on the shorter side. But this book and the writing was just equal parts boring and daunting for me. Plus, the magic system was not explained, the characters were hard to like or believe, and I never cared enough to root for any of them. But I think what ultimately made me not love this book was because I went in thinking that we were going to see a crew of queer pirates, on the open sea, fighting battles, slaying monsters, and doing pirate things. This is not the type of book These Rebel Waves is. But on a positive note, this is a book filled with colonization, oppression, magical medical experimentation, religious hierarchies, political intrigue, betrayals, and what people are willing to do in the name of their God(s). And, it sort of has pirates.

And I don’t think that this was a bad book. I mean, obviously many of those topics are super important, but I went into this book just expecting something completely different. And I will totally take responsibility for that. But this book was also super boring, and it felt like a chore to pick up each and every time. I had to constantly reward myself with treats while reading. If this wasn’t an ARC, and if I wasn’t buddy reading this with two of my friends, I would have 100% DNFed this story. And that has nothing to do with the expectations of gay pirates.

And, full disclosure, one of the first books I ever DNFed was Sara Raasch’s Ice Life Fire, so maybe this author’s writing just isn’t for me. So, if you pick this one up, I hope you enjoy it more than I did. But I should probably give you some bare bones about the actual story and the three characters we follow!

➽ Adeluna / Lu – Soldier. Loyal to her family. Experiencing so much loss, and so much trauma, from childhood to present day.
➽ Devereux / Vex – Pirate. Master of disguise. Hinted that he’s queer, maybe even pan, but never stated.
➽ Benat / Ben – Heretic. Crown Prince. Obsessed with the magic that is forbidden. Queer, in a hidden m/m relationship. Also, I don’t know how I feel about the way Ben’s relationship developed, but I kind of don’t want to think about it or this book any longer.

And these characters are all on the same island and their three stories intertwine to maybe change the fate of the world as they know it. And each of these characters have to make choices that will truly decide what type of person they want to be.

In this world, magic is plant based and outlawed. But the thing is, the magic system is never explained. You just have to suspend your disbelief that it works some magical way for some people with the right reagents. I mean, I guess I’d say it’s like magic herbology. I guess? I don’t even know, because it’s so not explained. But anyone who uses this magic will be punished in the name of the Pious God.

And there is also a disease that is killing people rapidly, that needs to be addressed. It’s called the Shaking Sickness, and Lu has felt the heartbreak from it many times. There is no treatment for it, it has no known cause, and it doesn’t spread from person to person. Some people die from it instantly, and other suffer with it for a long while.

So, we have magical plants, and a disease that is killing a lot of people. We have a pirate who is a smooth talker. We have a soldier who has been a soldier all her life, even when forced as a child. And we have a prince, who is dealing with the ghosts from his past. All these things come into play and send Lu and Vex on an adventure, and leaves Ben discovering the hypocrisy of the religion on the island.

My favorite thing about this book was a plot twist. Obviously, I’m not going to give any spoilers, but a certain plot twist in this book was so well done. The author expertly wove it into the entire story, and it is the reason I’m giving this book two stars instead of one. Seriously, it was amazingly done. And the next favorite thing was a beautiful f/f relationship involving two main side characters.

I know that the copy I read was an ARC version, but this book ends so abruptly. I felt like after the amazing plot twist, and finally seeing all the action form and start to take place, we are just cut off. Curtains drawn, lights out. I just sat with my iPad in my lap, blinking a few times, because I thought maybe I got an unfinished ARC. So, here is your warning that the ending is a little brutal.

Overall, this just wasn’t for me. I went in expecting so much and was given so little. And even with so little, it was so different than what I was expecting. I do predict that the next book in this series will be better. I just don’t think I’ll be picking it up. And if you go into this expecting gay pirates, sailing the seas and fighting for injustice, like I did, you’re going to be disappointed. Again, I hate feeling so negative, so I hope that if you give this one a try that you will enjoy it much more than me! Happy reading, loves.

25 thoughts on “These Rebel Waves (Stream Raiders, #1) by Sara Raasch”