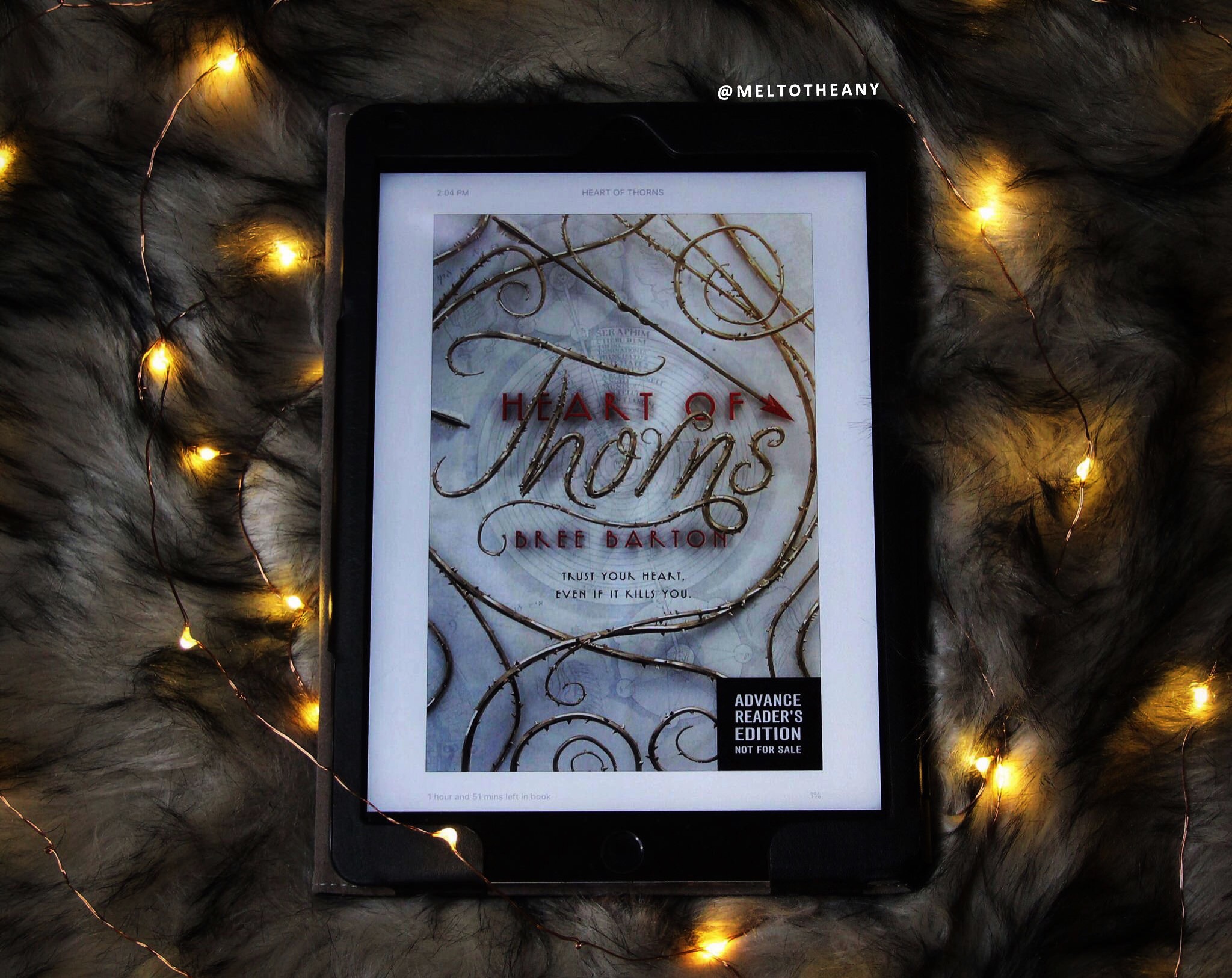 Hello, friends! This is going to be a hard one to review. I honestly feel like this is a solid 2.5 star read, but some aspects make me want to raise that rating and others make me want to lower it. I will say the end of this book is phenomenal. Like, easily the best part. And it was so good that I want to continue on. But the rest, especially the earlier sections, were some of the most predictable reading I’ve ever read.

Again, I’m super torn on this one. This book does tackle a lot of important themes, and I would say that the heart of this novel is honestly feminism. This book shines a spotlight on inequality between men and women, and how women in this world basically developed magic because it was the only way to somewhat counterbalance it.

“…men have found ever-new ways of oppressing women. Our bodies have been receptacles, both container and contained; our wombs soft and pliant for the children we were meant to bear our husbands, whether we wanted to or not. We have been restricted, silenced, and confined. This has been called many things—‘protection,’ ‘progress,’ even ‘love.’”

This book stars a young girl named Mia, who is getting ready to celebrate a marriage that her father has chosen for her. Mia is contemplating running away, so she won’t be forced to marry a prince that she barely knows. But Mia has a sick sister who she has to take into account, because she can’t bear to leave her. But her sister wants nothing more than to stay, safely tucked away in the castle, while hoping for her chance at love.

Mia’s father is a renowned hunter of Gwyrach, which are woman who are believed to be witches, who are said to be able to stop a man’s heart just by laying their hands on their skin. They are also said to have powers to enthrall those around them and make them do their bidding. So, in this world, all women are forced to wear gloves, and it is considered unthinkable to be seen without them.

But this story is truly about Mia’s mother, who was killed when Mia was very young, and found dead with not a mark upon her skin. Heart of Thorns truly centers on Mia trying to figure out who killed her mother, and why they chose to do so. And Mia is able to finally leave the castle and hope to search for clues once her wedding day ends with a murder attempt.

Together, Mia, and the promised prince that she knew barely anything about, go on an adventure where they find out a lot not only about Mia’s mother, but about the entire corrupt world they live in. And Mia finds out who she really is, and what she can really become, only if she chooses to embrace and love what she is, instead of hating it because of what she’s grown up learning.

Trigger and content warnings for talk of illness, graphic depictions of dead bodies and parts from those dead bodies, physical abuse, assault, sexual assault (unwanted touching), war themes, torture, violence in general, cruel death of an animal, a lot of blood visuals, murder, and too many rape attempts and talk of past rape attempts.

“We were hunted and killed for thousands of years, long before we had magic. We are magicians because of our suffering. A woman’s body can survive only so much abuse before our very blood and bones rise up in revolt.”

So, the promised prince’s name is Quin, and he honestly was my favorite character in the entire book. Not only is he bisexual, he is just kind, and caring, and thoughtful, and empathic. He also really loves dogs, and this is another very important quality that I personally look for in people. And speaking about more sexual representation, Mia’s mom was for sure not straight and was in a relationship with another woman. There is also a big side character that is gay. There is also a little bit of disability representation in this book, from another character that I really liked. Again, this book does have a lot of good, it just also has a lot of predictability.

Sometimes while reading, I felt like this was maybe a middle grade book. Because the writing is well done, but the clues are so glaringly obvious it makes for a poor reading experience. Hence why the end was so amazing, because it actually has twist after twist that I didn’t see coming. But I’ll be honest, the first 75% of this book is somewhat boring to read. At least, it was for me.

“Magic is born in the margins. It is nurtured among the vulnerable and broken. It is our bodies crying out for justice, seeking to right centuries of wrongs.”

Again, I still think this is a really good start to something that could be amazing. Between the feministic themes, to the bonds of sisterhood, to the lengths we are willing to go for the ones we love, I want more from this world, these characters, and this author. Also, this is Bree Barton’s debut novel, so I’m going to cut her a little slack for the predictability. And I honestly am excited to continue on with this series.