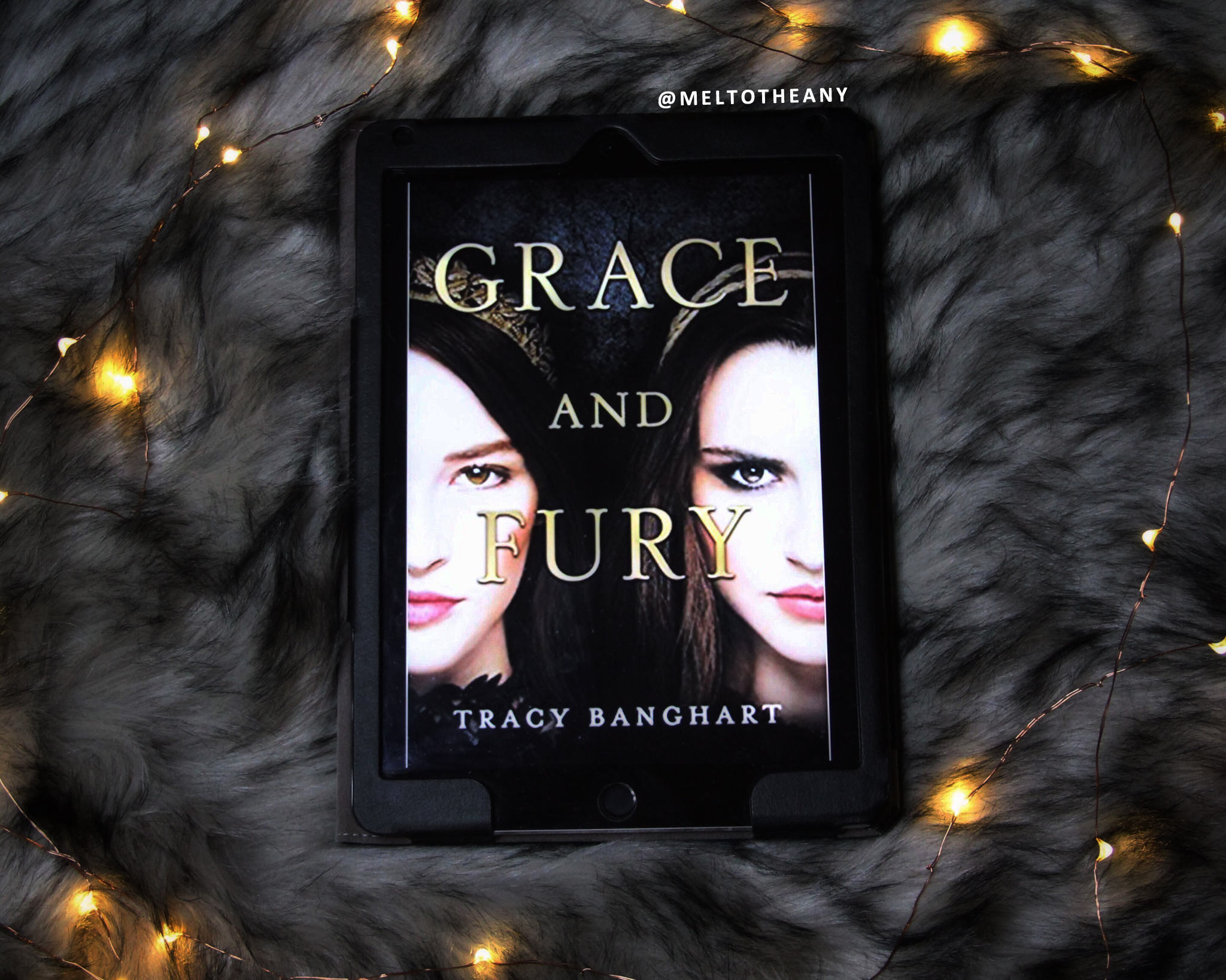 “Serina and Nomi were like any other daughters in the cold, industrial town of Lanos. But Serina had her beauty. And Nomi had her secret.”

I didn’t know much about this book going in. I didn’t even read the synopsis. I only requested from NetGalley because a few of my best friends wanted to buddy read it with me. But I went into this story expecting nothing. And as I began reading, I was enjoying, but I wasn’t expecting anything great, but the end of chapter three was such an unexpected twist. I never would have seen it coming. And it was when I knew I was going to enjoy this book.

Grace and Fury is a story about two sisters who feel like they are on the path toward the only future they can somewhat control. Yet that path gets so twisted and manipulated, so very quickly, right before their very eyes.

➽ Serina has been taught her entire life how to be the most beautiful girl in the room. From music lessons, to dancing, to being the perfect, and quiet, girl. Her family has instilled in her that the only way she can have a good life is to use her looks to ensure a spot being a Grace for the royal heir.
➽ Nomi has been taught how to be her sister’s handmaiden to help her win and keep that spot. But she has never wanted to live her life serving her sister as a royal, all she’s ever wanted is to be treated equally.

“It isn’t a choice when you don’t have the freedom to say no. A yes doesn’t mean the same thing when it’s the only answer you’re allowed!”

In this world, it is almost like a modern The Handmaid’s Tale, but both serve to prove that oppression wasn’t as long ago in history as people like to believe. In this world, women aren’t allowed any choices, and are forbidden to even learn to read and write. When Serina becomes a Grace, she will literally be sharing one man with many girls, and her time will be spent however he deems fit. Girls in this world who aren’t as fortunate to even begin to compete to become a Grace, are sold away to become wives of other men, with their sole purpose being to birth children. Or they can become servants and/or factory workers.

And any woman or girl who speaks out, or does anything that is deemed only acceptable to men, will find themselves on a volcanic island prison that has been abandoned by the outside (besides to bring food and more women there) since the last eruption. And on Mount Ruin, the prison guards rule. They force the women into different clans and make them fight to the death for the food that should be equally distributed.

This story is told from alternating points of view between the two sisters that end up going down very different paths than they ever expected. We get to see both girls explore their grace and their fury, and they soon realize that both can coexist simultaneously. When I first started reading this, Nomi was easily my favorite sister. But the more and more I read, Serina is, without a doubt, my favorite.

And I truly did enjoy it, and I loved that first twist so very much, but I feel like the second “reveal” was so painfully obvious that it started to really hinder my reading experience. I still believe that Tracy Banghart created a beautiful set up for what is probably going to be a magnificent series. Yet, I feel like if the second “twist” could have been more secretly woven (like the first), I would have ended up five starring this story.

My favorite aspect of this story was definitely the sisterhood. Together or apart, Nomi and Serina always think about the other one, and are willing to do whatever it takes to ensure the other’s wellbeing. Even when things do not go as planned, and even when they are honest about their hurt and their anger, the unconditional love they have for one another always shines through.

Overall, I really did enjoy this. The first half was easily five star worthy. I might not have loved one of the sister’s point of view for the other half, but I still think this was a wonderful twist on the “princess locked away in the castle” kind of trope. And I can’t wait to see where the author takes this beautiful, feminist, story next.

31 thoughts on “Grace and Fury by Tracy Banghart”