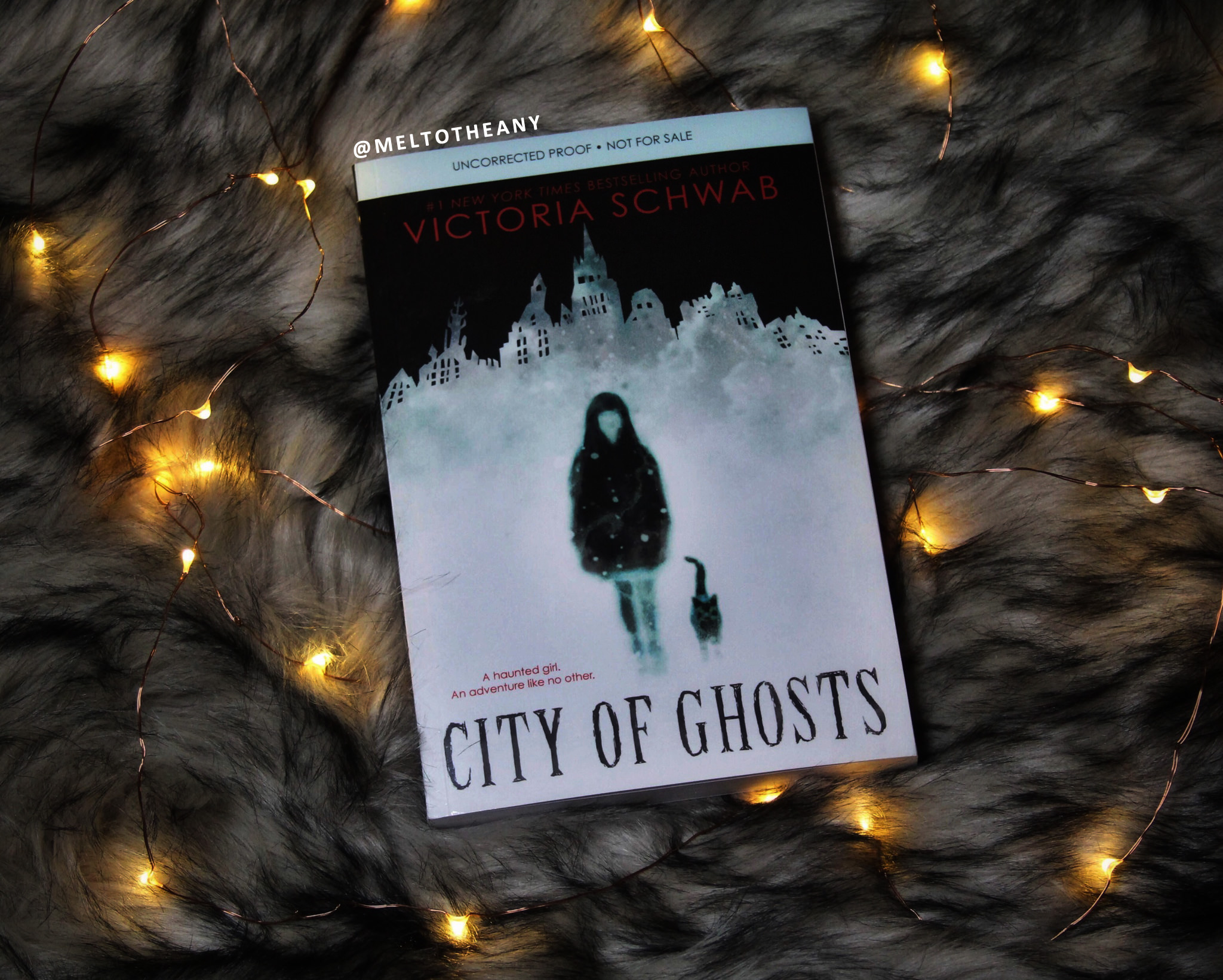 ARC provided by Scholastic in exchange for an honest review.

“People think that ghosts only come out at night, or on Halloween, when the world is dark and the walls are thin. But the truth is, ghosts are everywhere.”

City of Ghosts is a middle grade novel that has such a perfect spooky atmosphere, and it’s set around scary places in Scotland. Like, sounds perfect, true? And, as always, Victoria’s writing is so very beautiful and lyrical. I think this will be such a fun fall read for so many readers. Also, this is my 100th book read in 2018! *throws confetti everywhere*

Cassidy Blake isn’t the most popular girl in her school, but she has the only friend that she needs; a ghost named Jacob that saved her from death. And after Jacob saved her that frightening day, they have been connected. Jacob lives in the realm of the living with Cassidy, but Cassidy now can open and enter the veil, and see the ghosts that are stuck within it.

Even though she is always drawn to walk in-between the worlds, she has always managed to stay safe. That is, until her parents, who are ghost hunters, by the way, get a once in a lifetime opportunity to film a show about the most haunted spots in Scotland. And while in Scotland, Cassidy meets a ghost that is more evil than any of the others she’s ever encountered before.

“Once there was a woman, a beauty with fair skin and black hair, and a little boy who loved to wander.”

Trigger and content warnings for death, especially the death of children, murder, loss of a child, and abduction.

I truly did enjoy this book immensely. In fact, it might be my favorite Victoria Schwab book to date. But, a few things kept me from rating it higher. The biggest being the Harry Potter references. At first, I was so happy, and then they became so abundant and so forced. Also, you can really tell that Victoria is banking on her previous fans buying this, because yeah, twenty and thirty year olds are going to love nods to Harry Potter, but a new and actual middle grade audience? Probably not so much. And even me, a Gryffindor who fits that demographic, thought the Harry Potter references were too much.

The only other annoying thing, is that this cover really doesn’t make sense. Like, Cassidy does have a cat named Grim, but they aren’t brought up very much, and when they are it is in their carrier. Like, looking at this book cover you’ll get major Mr.Kindly from Nevernight vibes, but that’s totally not the case in the slightest. And I obviously know that authors have no control over their covers, but I wish the cat was replaced with Jacob.

“Embrace your strange, dear daughter. Where’s the fun in being normal?”

But overall, I really do think people are going to enjoy this one. Again, Victoria truly is a very talented writer and her prose always really works with me. The atmosphere in this book is completely teleportive, and it was such a fast and enjoyable read. I loved seeing these scary places though the eyes of Cassidy, and I can’t wait to see where the story goes next.

Buddy read with May at Forever and Everly & Julianna at Paper Blots! ❤