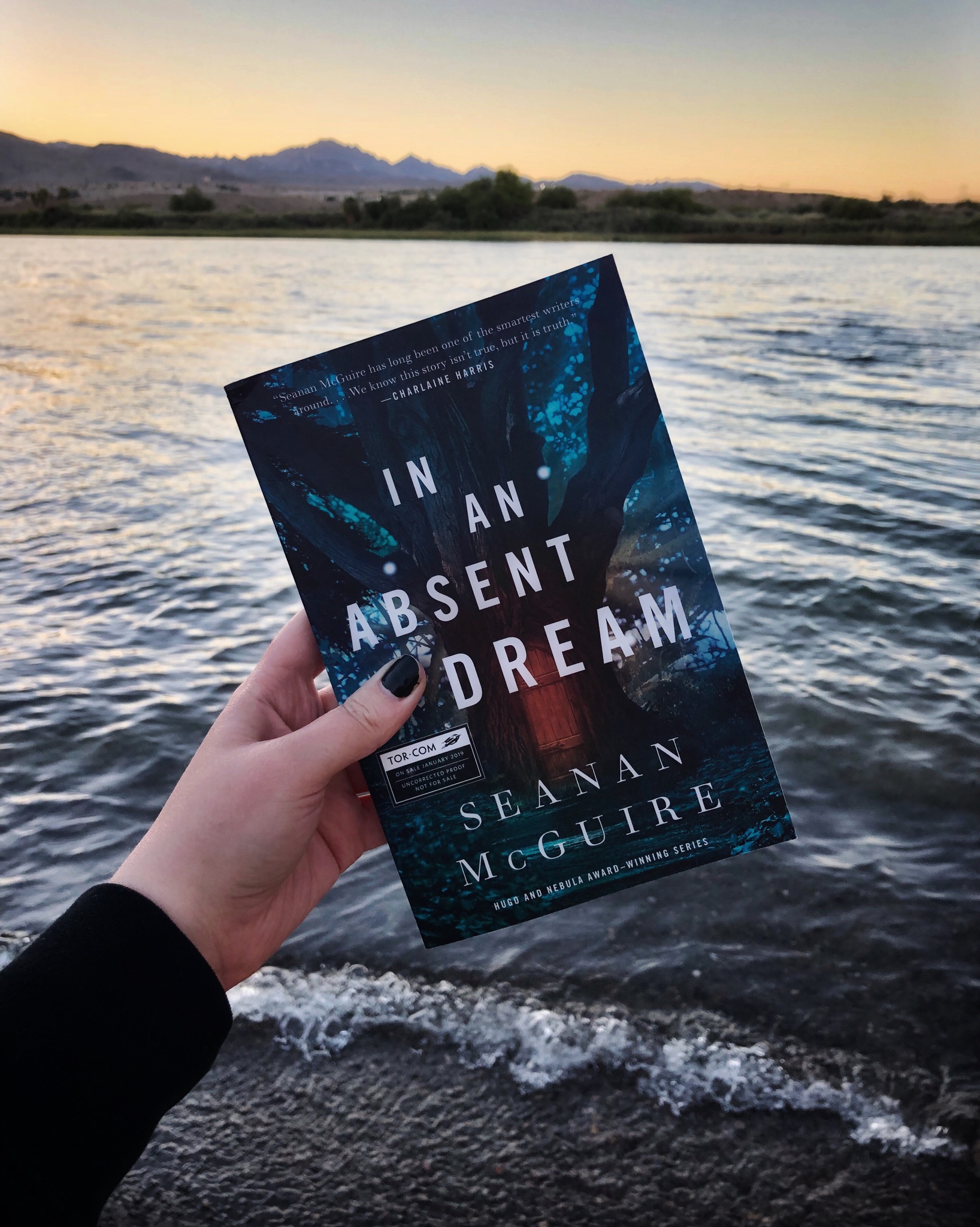 “Death wasn’t fair value for anything…”

In An Absent Dream stars Katherine Lundy, the therapist who leads the group sessions in Every Heart a Doorway. She is Eleanor’s second in command, and claims to be eighty-years-old, despite only looking around eight. And this is her story, about her time in her world, the goblin market. And, friends, this might be my favorite book in the entire series so far.

“She had been able to find a doorway and disappear into an adventure, instead of living in a world that told her, day after day after grinding, demoralizing day, that adventures were only for boys; that girls had better things to worry about, like making sure those same boys had a safe harbor to come home to.”

Lundy is only six years old when she realizes that her entire life is going to be planned for her. She is going to be quiet, and studious, and keep to herself, and maybe one day she will be a librarian (because she loves books), and then become a wife and a mother. I mean, this is the dream, right? It’s for sure her parent’s dream for her. But even at six, Lundy knows this isn’t the life she wants, even if it is the life that is expected of her. And one day, Lundy finds a door, her door, and it completely changes her life. 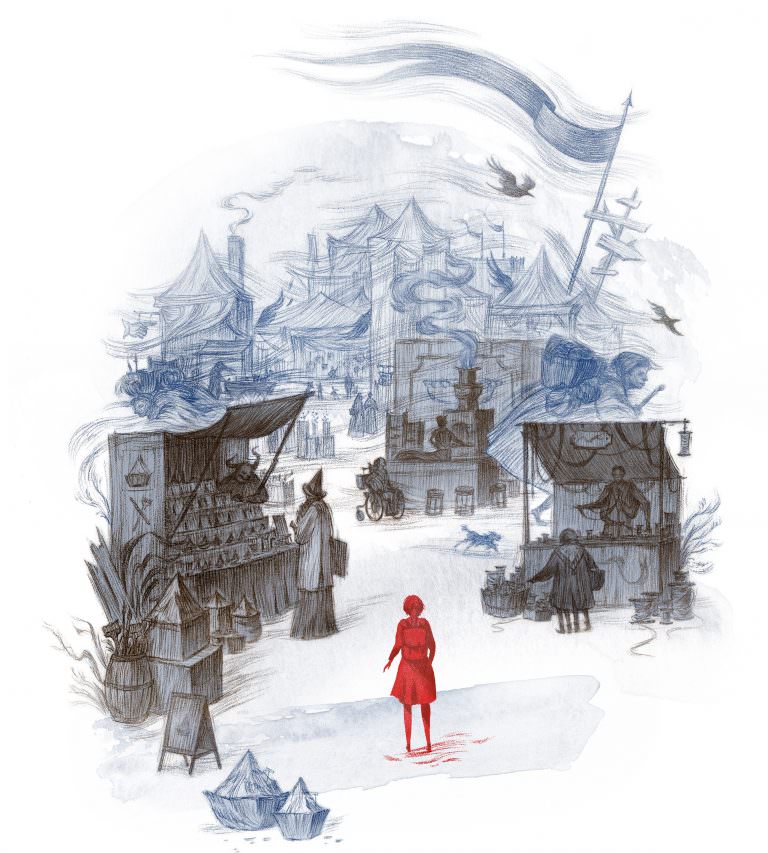 And in the goblin market Lundy learns so very much about herself and who she truly wants to become. And Lundy is also able to travel back and forth between the market and home throughout this glimpse into her life. There is a such a beautiful theme of the power of love between siblings, both found and blood, and that thread is carried through for each visit. Lundy, Moon, and Diana each have a piece of my heart that I won’t ever get back, and I’m a better person because of it. Friends, I loved this. It’s a magical masterpiece and a perfect addition to this series that Seanan has given book lovers everywhere. I know the release date isn’t until January 8th, 2019, but preorder this now. Trust me.

Each and every book in this series is not only expertly crafted, but also the theme will be hard hitting and impactful. Every Heart a Doorway is about asexuality and realizing how important it is to surround yourself with people who unconditionally love and accept you, all of you, because you’re worthy of it. Down Among the Sticks and Bones is about gender norms and stereotypes that the world horribly puts onto us, and how it’s a horrible cycle that never stops. Beneath the Sugar Sky is about loving yourself and no matter what your body looks like, that it’s perfect; fat, skinny, with scars, with hair, with modifications so that you can be the person that you want to be. And In An Absent Dream is about how we live in a world that has completely lost the meaning of what is fair and what is just and what is right.

Like, the price of peanut butter, something that I buy constantly, is $4.00 at my local supermarket. $4.00 for protein filled goodness that my mouth and the rest of my body loves to consume. But spending $4.00 on something when I have $100 dollars in my purse is a lot different than if I was spending $4.00 if I had $5 in my purse. And this is such an easy to see concept, but so many humans fail to see that tremendous difference. People want to condemn others for being lazy, or uneducated, or whatever else gross thing they want to say when they refuse to check their privileges (that they have mostly received from just simply being born), but the simple matter is that this isn’t fair. Jeff Bezos’ kids walking into Walmart and buying food isn’t the same as an underprivileged kid in Flint, whose family is on a fixed income (and still forced to buy their own bottled water), walking into Walmart to try to buy groceries for their family. But no matter how easy that is to see, I can’t teach people to have empathy. We all need to do better, and we need to change this obviously broken system.

“That’s because you don’t know what fairness means. You’ve been in a place that wasn’t fair for so long that the things we’d been trying to teach you have been driven back into the shadows.”

Just, be good humans, friends. Try to learn, try to do better, try to break these gross cycles that reinforce these gross entitled mindsets. And read Seanan McGuire’s books, which not only are such amazing escapism works of art, but they beautifully shed light on all these important topics that a lot of people wish to keep ignoring. And maybe, just maybe, we will one day live in a world where we don’t need a goblin market to remind us to be fair to other humans. But I hope that world is also filled with more books from this once in a lifetime series.

Trigger and content warnings loss of a loved one, death, abandonment, and one quick scene with parental physical abuse (slapping of a child).