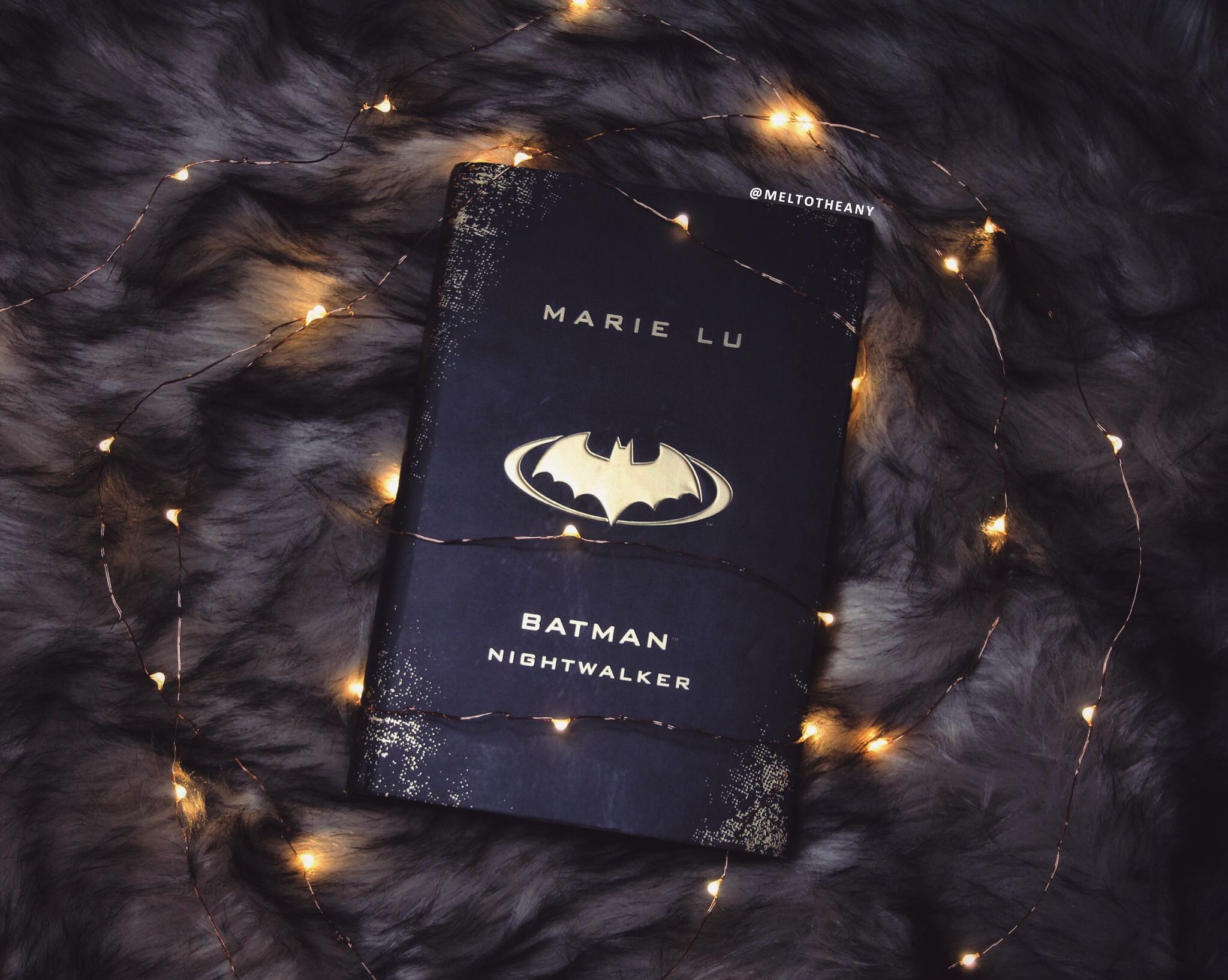 “I can’t think of a story where the billionaire and the murderer end up happily ever after.”

I am not the biggest superhero fan, but I will admit I’ve always had a bit of a soft spot for Batman. And you all? I honestly loved this. Also, I’ve never read anything by Marie Lu before (I know, I can’t believe it either, honestly) but now I plan on devouring everything, because I completely connected with this writing style and I never wanted to put this book down.

This is a new take on Bruce Wayne’s origin story of becoming the one and only Batman. Bruce and his friends are finishing up their senior year in high school, he is still heavily impacted by the loss of his parents at such a young age, but he is trying to live a life they would be proud of. That all changes on his eighteenth birthday when he ends up in trouble with the law after trying to help them catch one of the elusive Nightwalkers who have started to plague the streets of Gotham City.

And his punishment requires him to do community service in none other than Arkham Asylum. And there he meets a girl that is his age, that is being held with the most dangerous villains that have been captured. Madeleine Wallace is harboring many of her own secrets from her own past and refuses to talk to any of the officers or investigators. That is, until she meets Bruce Wayne and they both realize that they may have a lot in common, even though they handled their situations very differently.

“You have a heavy heart, for someone with everything.”

You all, I was losing my damn mind over this romance. This is a relatively short book, and a standalone, yet I was literally hooked from the chemistry between Bruce and Madeleine. I was so in love with the romance in this book. Like, I need more. Please!

And Madeleine beautifully makes Bruce check his privilege. From being white, healthy, well-educated, and immensely rich, she lets him know that others don’t have that luxury or the free-passes he has received his entire life. This book also talks about how prisons are honestly an industry in the United States. As horrible as that sounds, that’s a reality. And it’s a chain that is never ending, and honestly just another name for slavery. And privately-owned companies are profiting. This book also touches on the shitty healthcare we have in the United States and how much privilege comes with even getting decent treatment. Bless Marie Lu for somehow weaving this all into a damn action-packed, YA, Batman origin story. Seriously.

“If you weren’t so rich and white and famous? Would you be the same person you are today? Or would you see justice differently? Do you think we all walk through the world with the same privileges as you?”

One of my other favorite parts of this book were all the cameos! Alfred, Harvey, Lucius, and more I’m sure! Especially Harvey Dent, like what a perfect and important way his character was depicted in this rendition. And it just warmed my heart each time these characters were in a scene. And I think in general the tone of this book is perfect. Like, Marie Lu seriously made everything feel so “authentic” and I constantly felt like I was truly teleported to Gotham City.

Okay, so, why four stars and not five after I fangirled so hard? Honestly, it’s because the basic premise is just too unbelievable for me. Like, this book has so much good, and I truly loved this origin story more than words. But, like, there is no way that an eighteen-year-old, especially a rich, white, boy, would be sentenced to do community service in a place like Arkham Asylum! Like, I can’t. But if you ignore that, this is honestly a five star read for me.

Overall, this book was one of the most fun reads I’ve had in 2018, and I’m so happy I picked it up before Catwoman: Soulstealer, that comes out next month! Seriously, friends, don’t sleep on this. Also, Marie Lu not only solidified that Batman is seriously one of the best superheroes out there, she has made a new fan for life.

Trigger and content warnings for a lot of blood depictions, loss of parents, suicide, talk of parental abuse, talk of alcoholism, violence in general and murder.

Buddy read with Alexis at The Sloth Reader! ❤