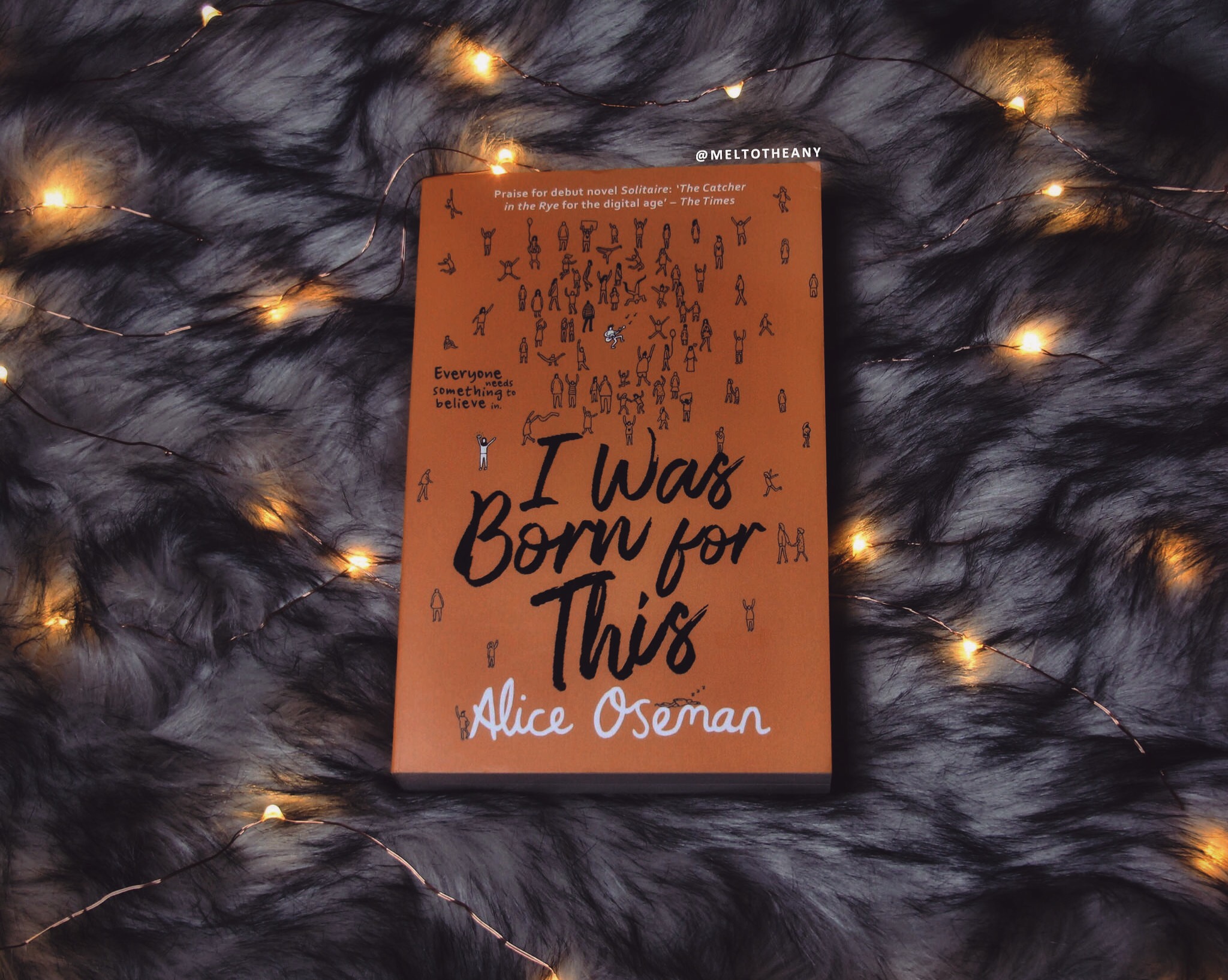 This summer I read Radio Silence by Alice Oseman and it became my favorite contemporary of all-time. I fell so in love with her writing, her characters, and her messages, that I knew I wouldn’t be able to resist picking up something else by her. And I Was Born For This was completely another win for me. 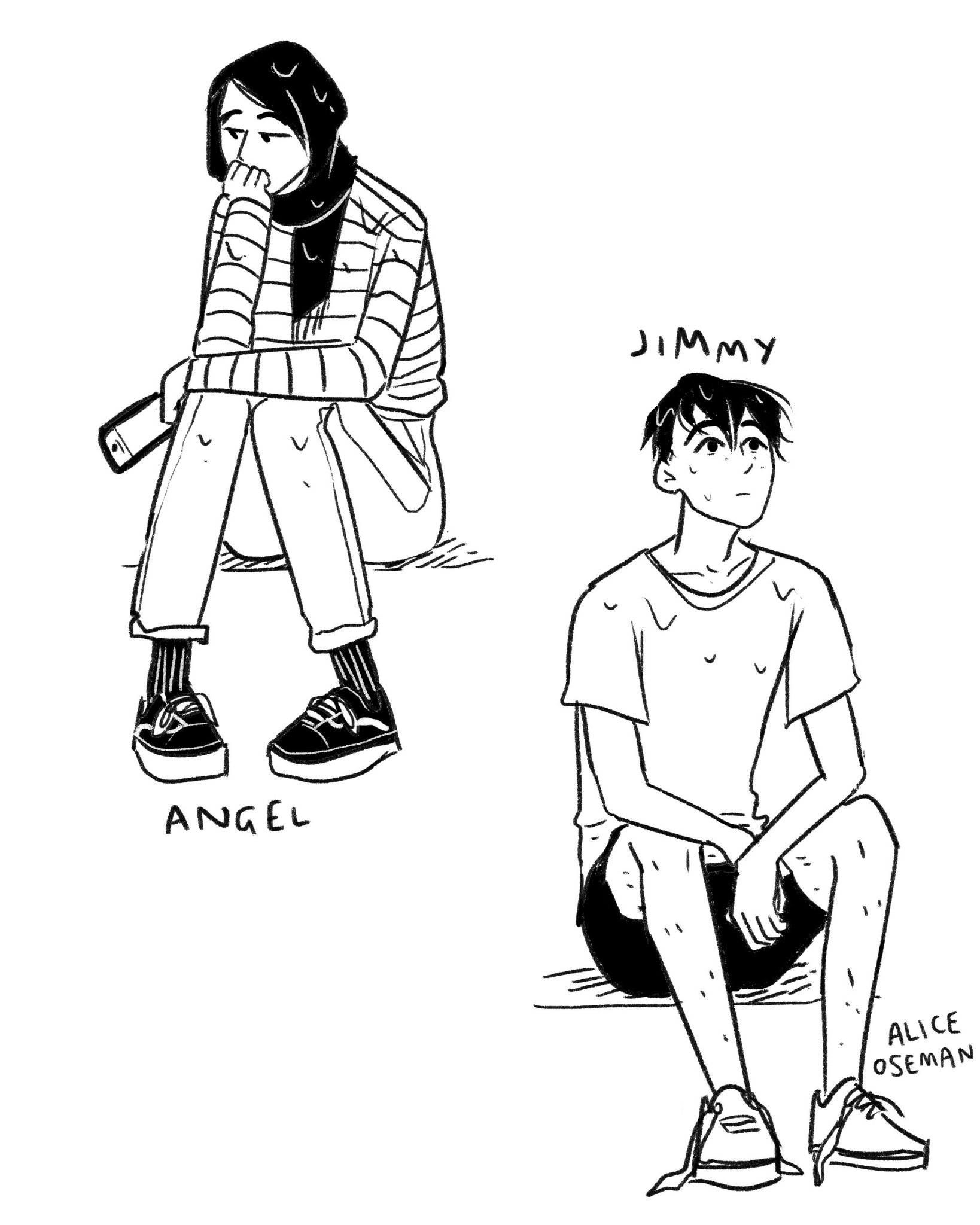 We get to see six characters come together, over the course of a week:

➽ Angel/Fereshteh Rahimi – The biggest fan of The Ark. Eighteen, Muslim, and I felt like they were on the Ace spectrum.

➽ Juliet Schwartz – Eighteen and Angel’s best friend that she was introduced to on the internet and is meeting for the first time to see The Ark together.

➽ Lister Bird – The Ark’s drummer. Eighteen, white, bi, pan or some MGA, and I believe is dealing with depression and alcohol abuse.

➽ Bliss Lai – My biracial (Chinese and white) and bisexual queen. And she is sort of the reason Angel and Jimmy’s worlds cross.

➽ Rowan Omondi – Lyricist and cello player for The Ark. Nineteen, Nigerian, Christian, and is secretly dating Bliss so the fandom won’t harass her.

And, as always, Alice Oseman has shined a spotlight on the importance of friendship; both on and offline. Angel is going to London to meet the band who has meant the world to her for many years now. This book is told in alternating perspectives of Angel and Jimmy and we truly get to see the difference between what the fans see and what the band feels.

This book heavily talks about the “good side” of fandoms and the “bad side” of fandoms throughout the entire story. And I’ve never really been obsessed with a “boy band” but I have for been a part of fandoms that have quite literally saved my life. Sometimes you have to put your time, energy, and passion into something other than your “real life” to feel like you belong, and that’s valid. Hell, that’s more than valid; it’s amazing. Angel for sure uses The Ark for escapism and for a sense of belonging, and we get to see the good, the bad, and all the in-between moments.

“I don’t think I’ve ever felt anything except The Ark.”

My biggest problem with this book though does lie with the fact that the fanbase for The Ark (Angel included) really ship Jimmy and Rowan together. And I completely understand that this is a book, but in the setting these fans are shipping real life people together, and it for sure feels like fetishizing a m/m relationship in every sense. And I know that people actually do that in 2018, but it is so gross that it honestly just made me want to take a hot shower and scrub my skin every time Angel and Juliet would talk about it.

I will also say though, the ending of this book was not satisfying for me. I mean, I couldn’t put the book down; I was so captivated and enthralled. I swear, no one writes realistic contemporaries like Alice Oseman and her stories are just so consumable. But this one just left me wanting so much more, but not in a good way. And, selfishly, without spoilers? I wanted Angel to have more confirmed friendships at the end of this book. And I just, I wanted to make sure that everyone was okay. Radio Silence feels open ended sort of, too, but the difference is that it feels satisfying. When I closed the last page of this book, I had a million more questions than the entire time while reading.

But this book, for me, really was a love letter to mental health awareness and how important it is to always put your mental health first. From anxiety, to paranoia, to depression, to just questioning your worth, you have to put yourself first. A lot of the time, people will expect to take more than you are willing to give, and this book really shines a light on the importance of learning and knowing your limits. And how it is okay to say no, or take time for yourself, especially when you are uneasy about something.

“I tend to constantly dread things, even when the ‘things’ aren’t actually dreadful.”

Overall, I still really enjoyed this. I think Alice’s books are honestly going to be classics one day. I truly feel like she captures my current life, current day, better than any author on this planet. And she puts so much in her books, from racial rep, to different religions, to sexual rep, to mental health. I would still recommend this with my entire heart, and I feel like if you have been a part of “boy band culture” you will relate even more than I did. Oh, and I was fucking living for the Joan of Arc tie-ins and mentions. Alice Oseman is a gift to the world.

Content and trigger warnings for talk of suicide and not wanting to be alive, depression, anxiety depiction, panic attacks, talk of past forced coming out/outing, talk of past loss of a loved one, alcohol abuse, abandonment, parental abandonment, and assault (one scene where a fan performs an act of violence against a band member).

Buddy read with May at Forever and Everly & Lily at Sprinkles of Dreams! ❤

18 thoughts on “I Was Born for This by Alice Oseman”