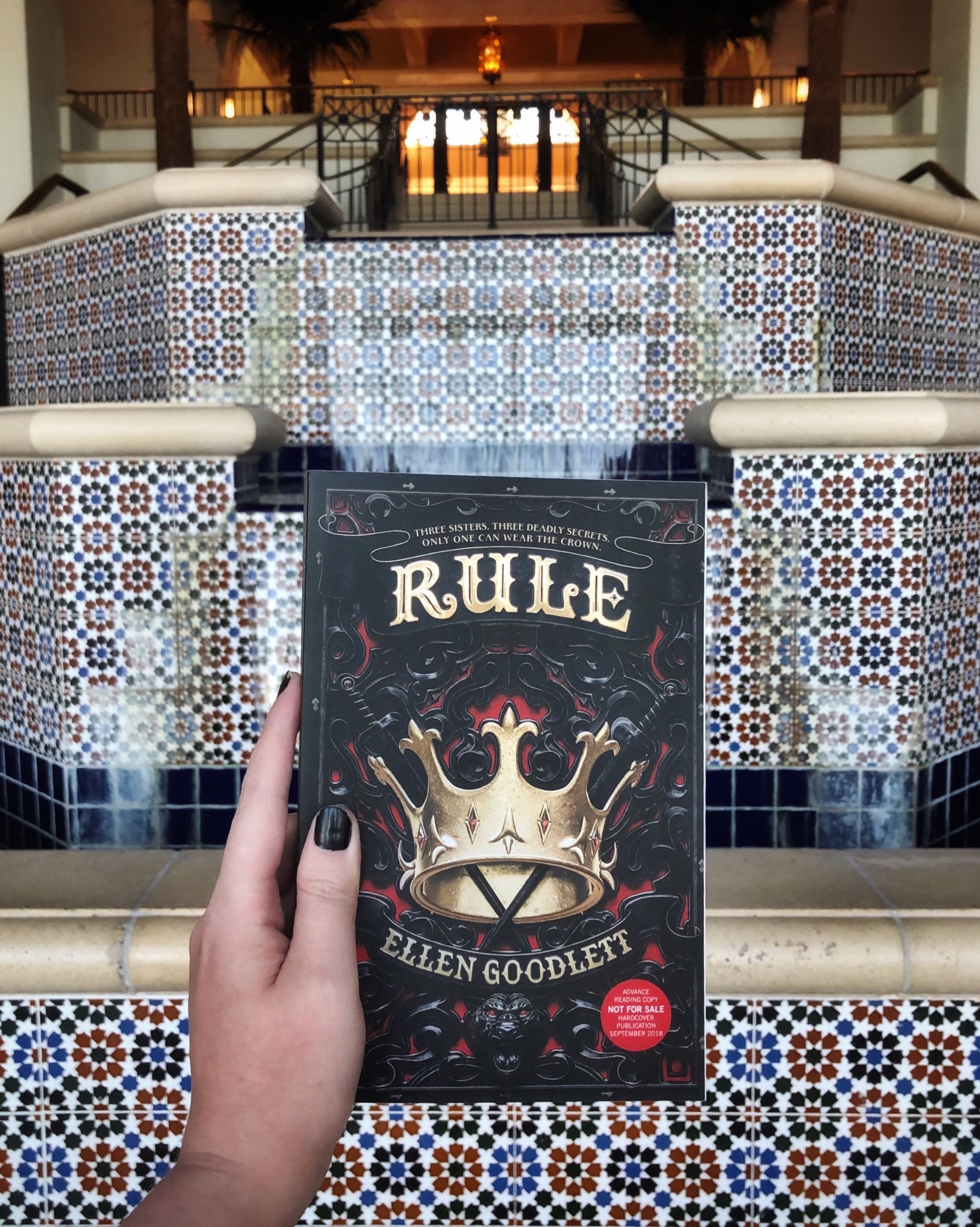 “Three girls. Three deadly secrets. Only one can wear the crown.”

Rule is a story about three girls, who have all been raised in different parts of this world. Yet, their stories and locations are coming together when they all realize they are half-sisters, who were fathered by the King himself. And all these girls are harboring a very dark secret, but someone else secretly knows what each of these girls have done and is slowly letting them know. Oh, and all these girls must compete to win the crown, because the king’s health is quickly deteriorating.

➽Zofi – Has lived her life with a band of Travelers, who never stay in one place for long. She also is in touch with her magical abilities and is not afraid to tap into them.

➽Akeylah – Grew up East of the kingdom, believing she killed her mother during childbirth, and her “father” never let her forget it by constantly abusing her. Also, she is lesbian, pan or bi, but for sure likes girls.

➽Ren – Lived under the king in Kolonya, being a maid to other royal women. She for sure knows the innerworkings for the palace and has some pretty powerful friends in the right places. Ren was easily my favorite sister.

“Family either strengthens or kills you, nothing in-between.”

I won’t lie, I was so intrigued by this at first, especially because the secrets are pretty damn good and extremely big. But after reading 300+ pages of annoying cat and mouse, I just didn’t care anymore. I truly believe this book had a lot of potential for me to enjoy, but the irritation outweighed the interest in the end.

I will say that the story does move quickly, and I easily and effortlessly read this book. And these three storylines are told in alternating order, where the themes are pretty parallel; how they all get to the palace, their secrets, their romances (because you knew they were all going to have a romance), etc.

Also, I knew there was a f/f relationship going into this, and you all know I’m forever and always here for all things f/f in fantasy, but this romance felt skeezy from the start. I’m just going to say it: the romance is between Akeylah and her father’s current wife, AKA: her stepmom. And they are close to the same age, and marriages are totally tools in this world to secure power instead of love matches, but you know what? It still felt really bad to read. I never thought that I wouldn’t enjoy a f/f, consensual, romance, but here we are. And that magic in this book is really not great, in my opinion. Like, not only is it really triggering for some, because you have to cut yourself open to harness the power, but it’s never fully explained and leaves too much to the imagination. Also, content and trigger warnings for self-harm, abduction, parental abuse (physical, verbal, mental), loss of a parent, death, murder, and war themes.

Overall, this just wasn’t for me. And I truly hope with everything that it will be for you. I’ve seen some really glowing reviews for this one, so take my review with a grain of salt. But for me, personally, this was easily one of the most disappointing reads of 2018.