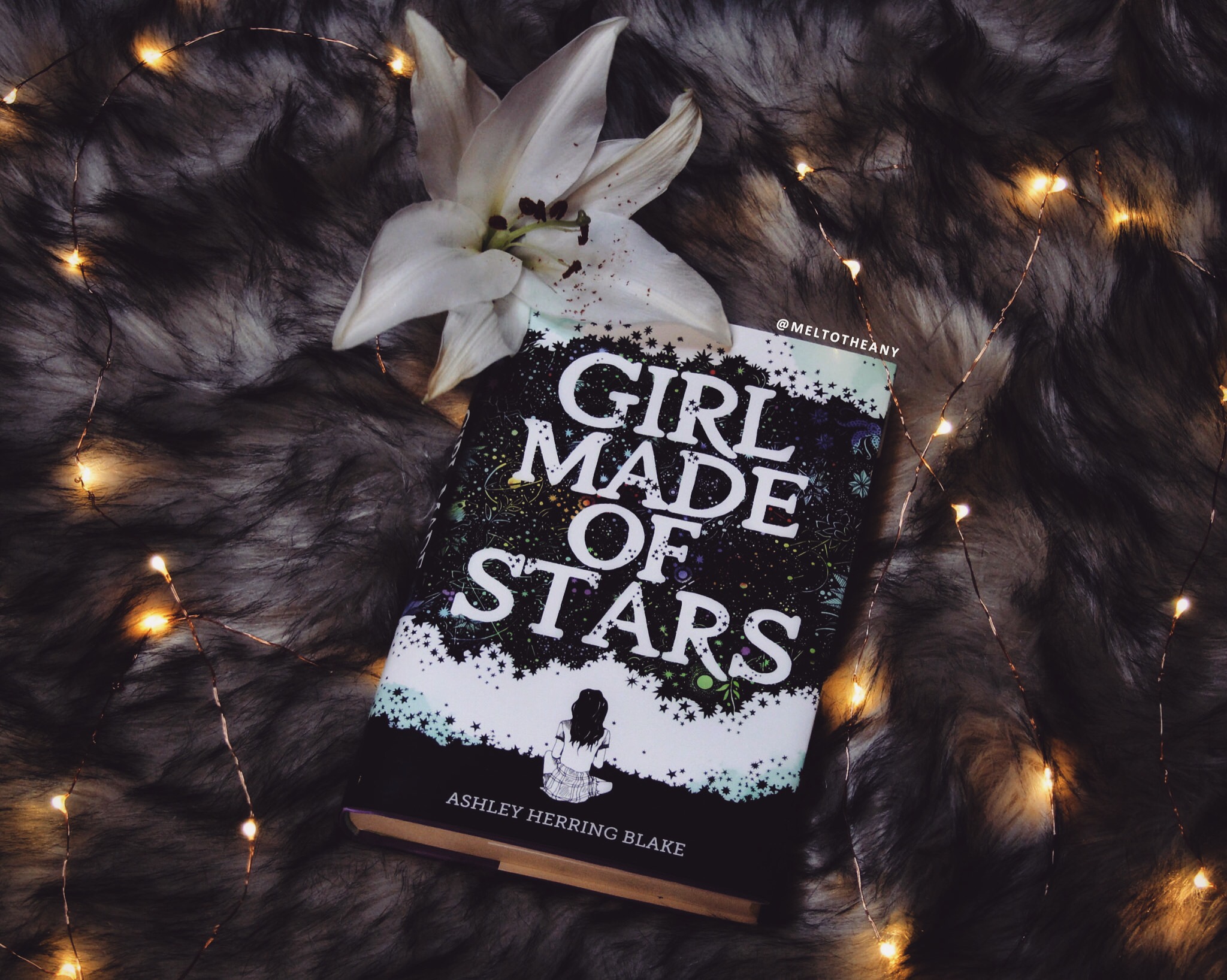 Friends, I wish I could put this book into everyone in the entire world’s hands. This book is so powerful, so heartbreaking, so important, and just so beautifully crafted. But before I really even start this review, I want to preface that this review is going to talk a lot about sexual assault. And even though I implore you to pick up this book if you are able, this is a very dark book at times. Major content and trigger warnings for rape, sexual assault, physical abuse, pedophilia, bullying, depiction of grief, trauma, PTSD, and anxiety attacks. Another thing I want to touch on is that I was very surprised that this book surrounds two sexual assaults, not just the one you are originally led to believe. So, I don’t want any of you to be lulled into a sense of safety to only be hurt later on.

Girl Made of Stars is a haunting book that I wish wasn’t so perfectly done. I wish this book wasn’t so realistic. I wish this book only made me cry because of the fictional content, and not because this is the actual world we live in. But in these pages, we follow a young girl named Mara whose brother is accused of raping one of her best friends. And we get to see how this rape impacts this entire friend group. Yet, we also get to see how it impacts Mara’s family, Mara’s school, and the entire community

Every 98 seconds, an American is sexually assaulted. 1 out of every 6 American women has been the victim of an attempted or completed rape in her lifetime. Only 310 out of every 1,000 sexual assaults are reported to police. out of 1,000 rapes, 994 perpetrators will walk free.*

“This. This is why I never said anything. Because no one ever believes the girl.”

You can love a person and still know and say that what they did was wrong. And this is a concept that we constantly cannot understand in this world. This book was extremely hard for me to read, because my brother is my best friend in this entire world, and imagining being in Mara’s situation just completely gutted me over and over again. But loving someone doesn’t give them a free pass, and I think everyone needs to be reminded of that. If you say you will believe rape victims, then you have to believe all rape victims. You don’t get to pick and choose. And I beg you to start believing. And for anyone who needs it: I believe you.

Yet, this is a story about healing and reclaiming your body after it has been violated against your wishes. There is no right thing, no right amount of time, not even any correct word combinations that will help. Sexual assaulters take so much more from the victim that people realize, and it’s something that never goes away. But it can get better, and you have to do what is right for you, at your own pace. And this story really is a love letter to that.

“Some parts of me are gone. Some others have come alive, woken by the need to fight, to matter, to be heard. Some parts are wary, others angry, others heartbroken. But I’m still me. I’m still moving.”

This book also does such a beautiful job talking about respecting people’s pronouns, gender, sexuality, and when and how they choose to come out, regardless of identities they’ve already came out about. Gender and sexuality can be so very fluid and always deserves to be respected. Everyone’s experiences are so very different, and only the individual knows what is best for them.

Overall, this was one of the hardest books for me to read all year, but I truly am so thankful that I was able to read it. I recommend this to anyone who is in the right headspace for it. And even though this was a hard book, it’s also really beautiful. I also loved the F/NB romance so very much in this one. Mara is one of my favorite characters in all of literature. And I will read every single thing Ashley Herring Blake writes forever. This is a heart-wrenching, flawless, masterpiece.

*Statistics from RAINN. They are completely confidential, and available 24/7 if you need to talk to someone. Call 800.656.HOPE at any time.

Buddy read with Shai at Cade Under Books & Yusra! ❤

29 thoughts on “Girl Made of Stars by Ashley Herring Blake”