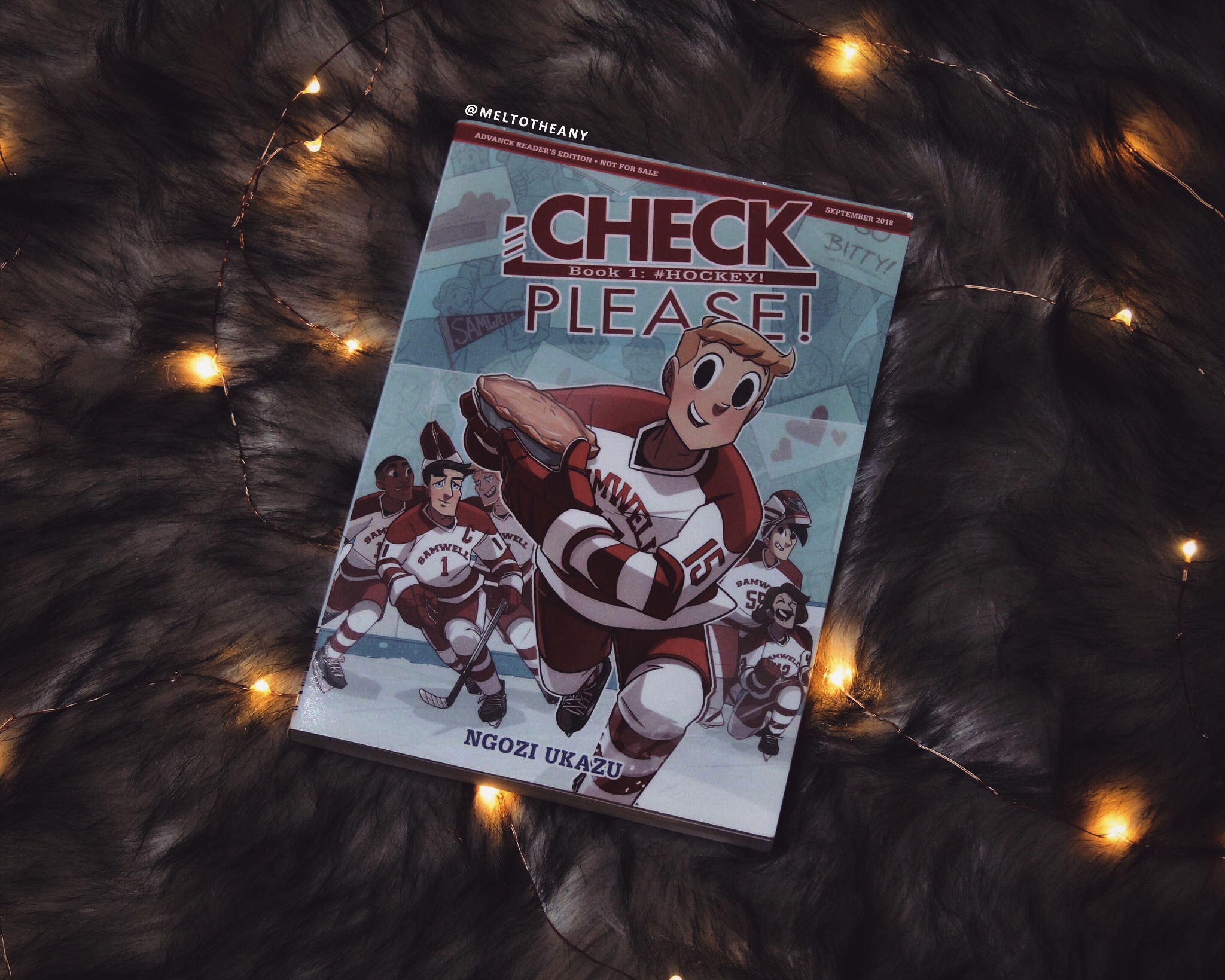 This ARC was given to me by my beautiful friend Lilly from Lair of Books!
(Thank you so much! I love you!)

You all, this was the cutest. No, scratch that – Bitty is the cutest! And this graphic novel was nothing short of a joy to read! Hockey games, behind the scenes practices, a slow-burn attraction, an adorable romance, the most heartwarming main character ever. I mean, what else could you really ask for? Ngozi Ukazu has given us such a bright light of pure sunshine!

So basically, this is a published version of a very popular webcomic that so many of my friends have been following and adoring for so very long. It stars a boy named Eric Bittle, AKA: Bitty, who is leaving his southern home to go to college in the north to play hockey, and he is gay and not yet out! He is also a very talented ice skater, but he has a little improving to do on the ice with hockey. And this book is broken up in two parts that are following him during his freshman year and sophomore year at Samwell University.

Bitty also makes video blogs where he talks about everything that’s going on his life. We get to slowly see the seasons change, and Bitty change as well during his vlogs. And he especially likes to talk about the captain of the hockey team, Jack, who he is pretty sure dislikes him, even though he is constantly helping him improve on the ice.

“Never fall for a straight boy.” 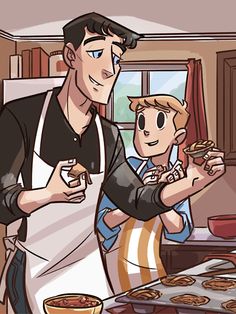 But we also get to see Bitty interact with the rest of his team: Ransom, Shitty, Holster, Chowder, Nursey, Lardo, and Dex (ew)! And Bitty builds some really beautiful friendships. Shitty (Lord, I will never get used to typing that name) is such a sweetheart who was so accepting and wonderful. Easily my favorite side character and my favorite brewing side romance with a certain someone.

I also loved getting to see Bitty move into the team house his sophomore year and really embrace his love for cooking. While his team also embraces their love for eating his baking. Seriously, seeing him build friendships and bond with others was so pure and so wonderful.

Lastly, I really want to talk about Ngozi Ukazu’s banter and how it is so perfect and so realistic. I legit tried to read this in public, and I was smiling so big and giggling out loud while sipping my coffee. The dialogue is on a tier above most graphic work out here, and the art is so beautiful and lovely on the eyes, too. I am in awe.

Overall, I just thought this was adorable perfection. The only reason I’m giving it four stars is because I feel like the story just started to really begin right before it ended. But the slow burn m/m romance is very precious, and I will scream from the highest rooftop that Bitty deserves the entire world forever and ever. I have such high hopes for junior and senior year! This is easily the best sports graphic work I’ve ever read.

Content and triggers warnings for underage drinking, panic attacks, hazing, and a lot of sexual content comments (mostly about hooking up with girls).

❤ I read this for Contemporary-a-thon!