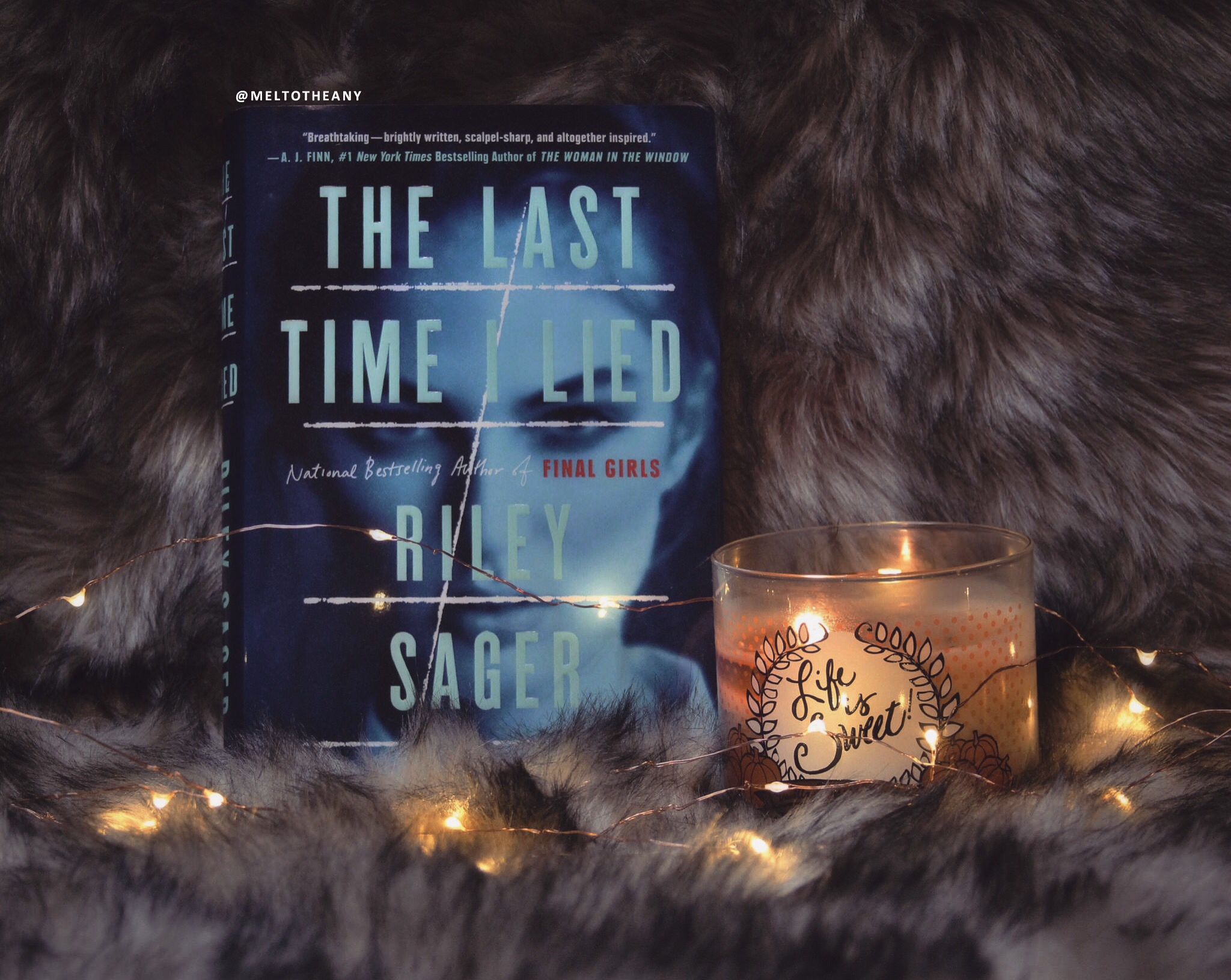 “So much water. So much land. So many places to disappear.”

The Last Time I Lied was such a fun book to read during this spooky season. It really kept me on the edge of my seat, it was so thrilling, it was so chillingly atmospheric, and that ending was really unpredictable. I’m so happy I picked this book up this October! Also, to everyone who participated with us in #FridayFrightAThon, thank you so much! It was such an honor to read alongside so many of you! And hopefully this last book helped you get into the Halloween mood!

This is a story about a twenty-eight-year-old woman named Emma, who is still haunted by something that happened fifteen-years ago at summer camp. In present day, she is an artist that is finally having her first gallery event. But the thing is, all the inspiration for all the paintings at the showing were also inspired by what happened when she was thirteen-years-old.

Fifteen-years ago, Emma went to summer camp late and was forced to bunk with three older girls in a cabin. She quickly becomes close with one of them, Vivian, who treats her like a little sister. But she soon finds out that Vivian was keeping secrets from her. Yet, Emma never found out what those secrets were, because one morning she wakes up and the three girls are missing and are never to be found again.

This story is told with flashbacks constantly showing us what really happened all those years ago. And we slowly find out why Emma is unable to paint anything but those three missing girls. But Emma is offered some closure, when she is asked to go back to the camp, to teach art, and to maybe receive some semblance of closure for herself and for her art.

But once she goes back to Camp Nightingale, she learns that some people’s lives never went back to normal after that haunting morning. And Emma also realizes that some people aren’t going to let her forget that they blame her for whatever happened.

Again, this was so much fun to read. I was so surprised at how many different directions this story was able to take, and how I never saw which way the story was going. I also think the second person point of views were really well done and distributed throughout the story for the perfect amount. I honestly never wanted to put this book down.

But, not to get into spoiler territory, I hated the epilogue. Well, I loved and hated the epilogue. I actually think the last twist was such a work of genius. But I was absolutely appalled at the way Emma handled it. Therefore, the book was kind of left off on a sour note for me, sadly.

Overall, I really did enjoy this one. I loved going along with Emma and solving the present-day mystery and the mystery of the past at the same time. And, seriously, the summer camp setting was so perfectly spooky. I think I’m just a bit of a harsh rater with thrillers, honestly. But if you’re looking for something that you won’t be able to predict, and that will put you in a scary mood, I completely recommend this!

Lastly, something I want to bring up that in no way impacts my rating; I really do not like how this male author writes under a female sounding pseudonym. I also don’t like how there is no author picture and the author note and acknowledgements makes an effort to not have the reader know this story is written by a man. I get that Gillian Flynn was (maybe still is) the thriller queen for a while, but it just makes me feel grossed out that I feel like he is hiding that he is a man to try to sell more. Because white men don’t have it easy enough, you know?

Content and trigger warnings for schizophreniform, anxiety attacks, loss of a loved one, alcoholism, slut shaming (a lot), peeping toms, many fatphobic comments, negative comments about food, talk of cancer, and sex between a sixteen-year-old and nineteen-year-old.

15 thoughts on “The Last Time I Lied by Riley Sager”