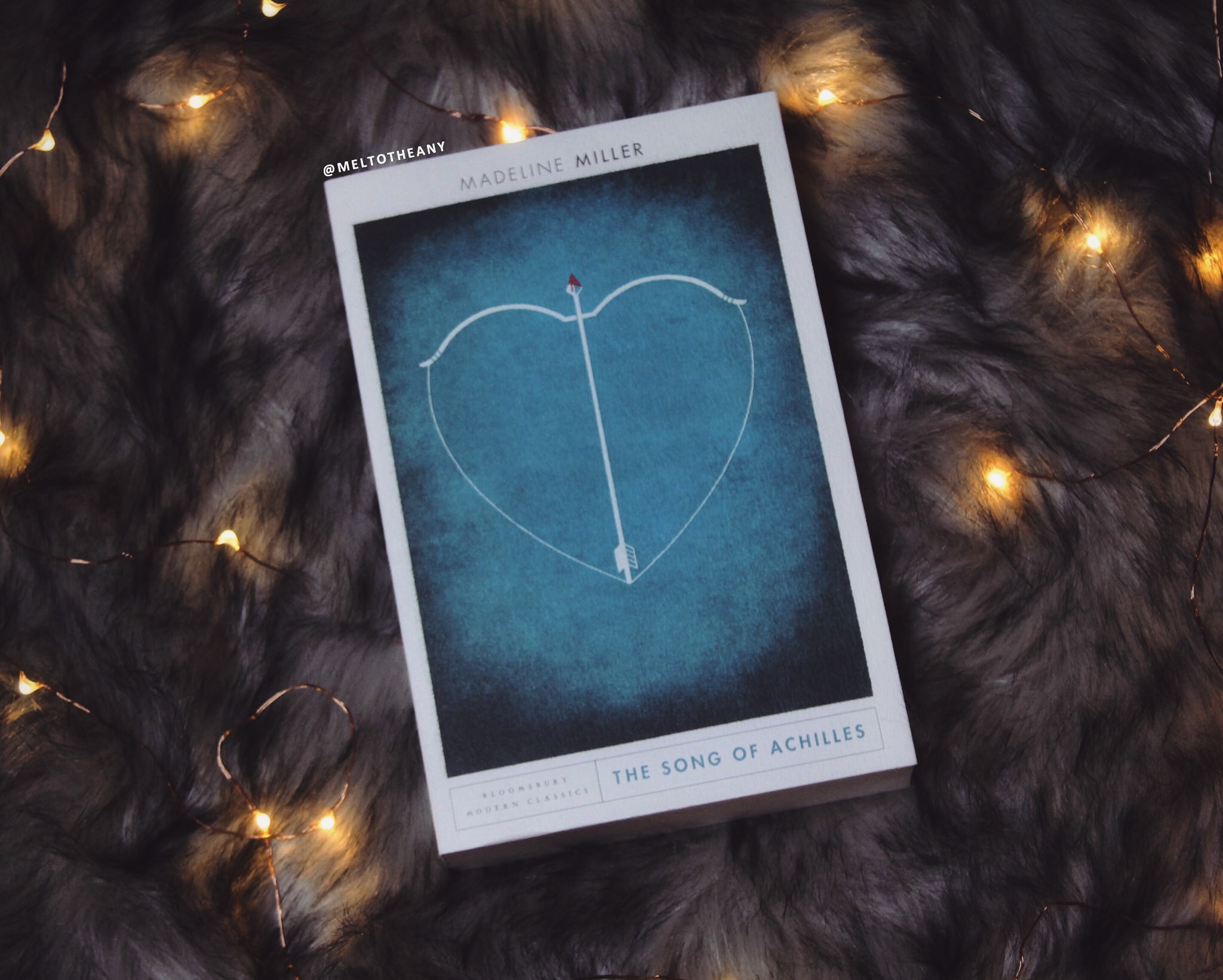 “In the darkness, two shadows, reaching through the hopeless, heavy dusk. Their hands meet, and light spills in a flood, like a hundred golden urns pouring out the sun.”

I read The Song of Achilles many years ago, before I got into book reviewing, but it always bothered me that I didn’t have a proper review for this beautiful book. I was a little apprehensive about rereading it, because I wasn’t sure if it would hold up and impact me the way it did many years ago. But, friends, this story is still everything.

I feel like this is still a hard review to write, because I don’t want to spoil anyone, but I feel like everyone knows how this tragic tale ends. But friends, the ending of this story literally broke me and my heart into a million pieces all over again. But if for some reason you do not know the story of Achilles, please stop reading this review, pick up this book immediately, and have your life changed forever.

In high school I became really obsessed with Greek mythology. I couldn’t get enough of the adventures in The Iliad and The Odyssey. And the Trojan War is almost a decade worth of adventures that I fell completely in love with. And I always had a special soft spot for Achilles, son of a god and a king, being convinced to join the Greek army by the Greek commander, Odysseus, to become the greatest warrior in the world. But so much happens before that deadly battle between Hector and Achilles outside the gates of Troy. And The Song of Achilles is Madeline Miller’s love letter to Achilles complete story, and it is an actual masterpiece that is the best reimagining I’ve ever read in my entire life.

This is also a story about Patroclus, also a son of king, who was exiled from his kingdom when he was only ten-year-old. But when he is sent away, he is sent to Achilles’ kingdom, where Achilles claims him as his companion, and they become best friends. And eventually, they become more than friends.

“We reached for each other, and I thought of how many nights I had lain awake loving him in silence.”

Patroclus is totally bi or pan, and obviously Achilles is for sure queer, but I am not actually sure if he is only gay or where he falls in LGBTQIAP+ because I feel like he was questioning gender and gender-roles during this reread, too. But regardless, this is such a beautiful m/m romance that will leave me swooning and crying forever.

Overall, if you want a reimaging that will completely break your heart, but also heal your very soul, this is it. Madeline Miller has created something so magnificent that it truly transcends words. This is one of the most beautifully told and crafted stories I’ve ever read in my entire life. I recommend the book with the sum of who I am.

32 thoughts on “The Song of Achilles by Madeline Miller”