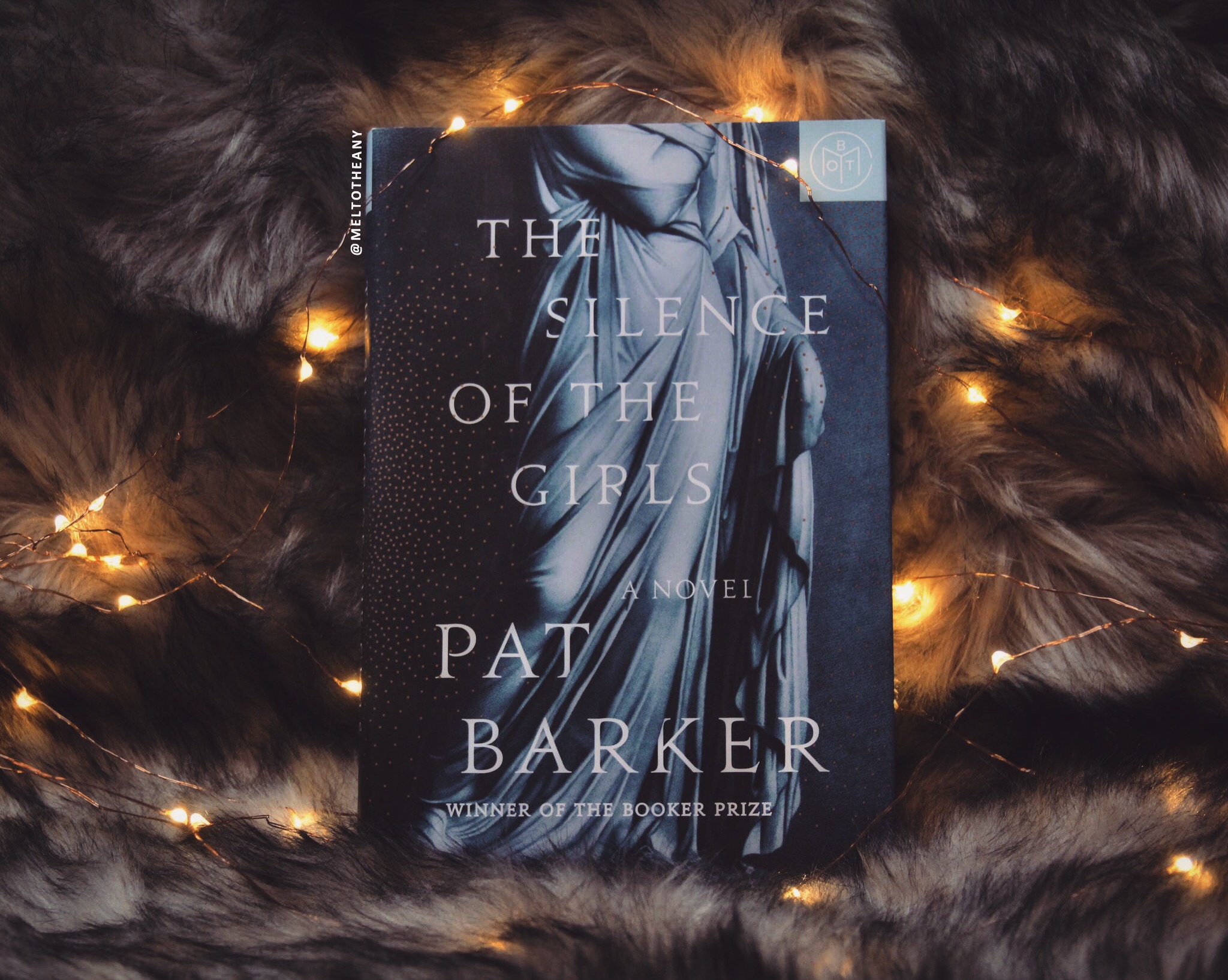 This was my pick for the September 2018 Book of the Month box!

“Looking back, it seemed to me I’d been trying to escape not just from the camp, but from Achilles’s story; and I’d failed. Because make no mistake, this was his story—his anger, his grief, his story. I was angry, I was grieving, but somehow that didn’t matter.”

Hi, my name is Melanie and 2018 has been the year that I constantly talk about my love for Greek mythos retellings. The Silence of the Girls is a feminist reimagining of Homer’s The Iliad, centering on the Trojan War, but is told in a completely different light than ever before. Yes, we get to see the Trojans and Greeks battle and Achilles be the hero the world knows and loves, but this tale is all about a voice that is never heard in other renditions.

Briseis is a woman that has lost everything; her family, her city, her freedom, but this story gives her an actual voice, unlike all the other tales, but also shows how much more she was able to lose after Achilles is at the gate of her city. This is a very brutal book. Major content and trigger warnings for graphic murder, slavery, pedophilia, cheating, war themes, loss of a loved one, a lot of detailed rape, suicide, self-harm, abuse, PTSD depictions, animal death, sacrificial rituals, the death of children and babies, and heavy war themes and battle depictions. Please use caution with this book and make sure you are in a safe and healthy mindset.

“Another successful raid, another city destroyed, men and boys killed, women and girls enslaved—all in all, a good day. And there was still the night to come.”

I also want to say that I just reread The Song of Achilles a couple weeks ago, and I’m not sure if that heightened or lowered my reading experience. I will say that Patroclus is a sweet angel in every retelling of The Iliad and that didn’t change in The Silence of the Girls. But Achilles? This book makes you truly dislike him and… I just wasn’t expecting it. This book really shows how the stories are always told from a man’s voice and view, and they are always something to be glorified. But Pat Barker gives a voice to the women who are just background noise in all then men’s stories, deemed unworthy.

This reading experience is so unique because the Greeks are hailed as the heroes the entire time, but in this book we get to see behind the heartbreak and devastation they cause on and off the battlefield. Meanwhile, women are just prizes of the war that they never asked to be a part of. And even though Briseis has it a better than a lot of the women taken and enslaved by the Greek, seen as nothing more than spoils of war, her pain is never subsided and never viewed as lesser. Yet, that doesn’t make seeing things from her perspective hurt less. This book truly is heartbreaking.

“Nobody wins a trophy and hides it at the back of a cupboard. You want it where it can be seen, so that other men will envy you.”

My favorite part of this book, as heartbreaking as it is, is how each generation of children (girls, boys, nonbinary) are learning and living in this broken cycle with these expectations and gender roles forced upon them. The cycle never stops; it is just continuously passed down. Yeah, this is a Greek retelling trying to make a statement, but the parallels to our world in 2018 are thought-provoking and leaves an even scarier statement.

And there is a big emphasis on how war will also be passed down from father to son, generation after generation, along with their prejudices, their hate, and their need for revenge. Again, it is never ending and will never be enough. The suffering will just continue and continue being passed down. Meanwhile, the pain and fear will never subside.

Overall, I think this is a really important book and I feel very fortunate that I was able to read it. I’ve always loved reimaginings of Homer’s works, but I’ve never read one like this before. Again, this is a really hard book to read and it gets very dark at times. But it really shows how rape will always be about power, not lust. And how men that lust for that power are capable of the evilest of things. And how these men can already have immense power, but it still won’t be enough. How these men and be rich, how they can be good-looking, how they can be the hero of the story.

14 thoughts on “The Silence of the Girls by Pat Barker”