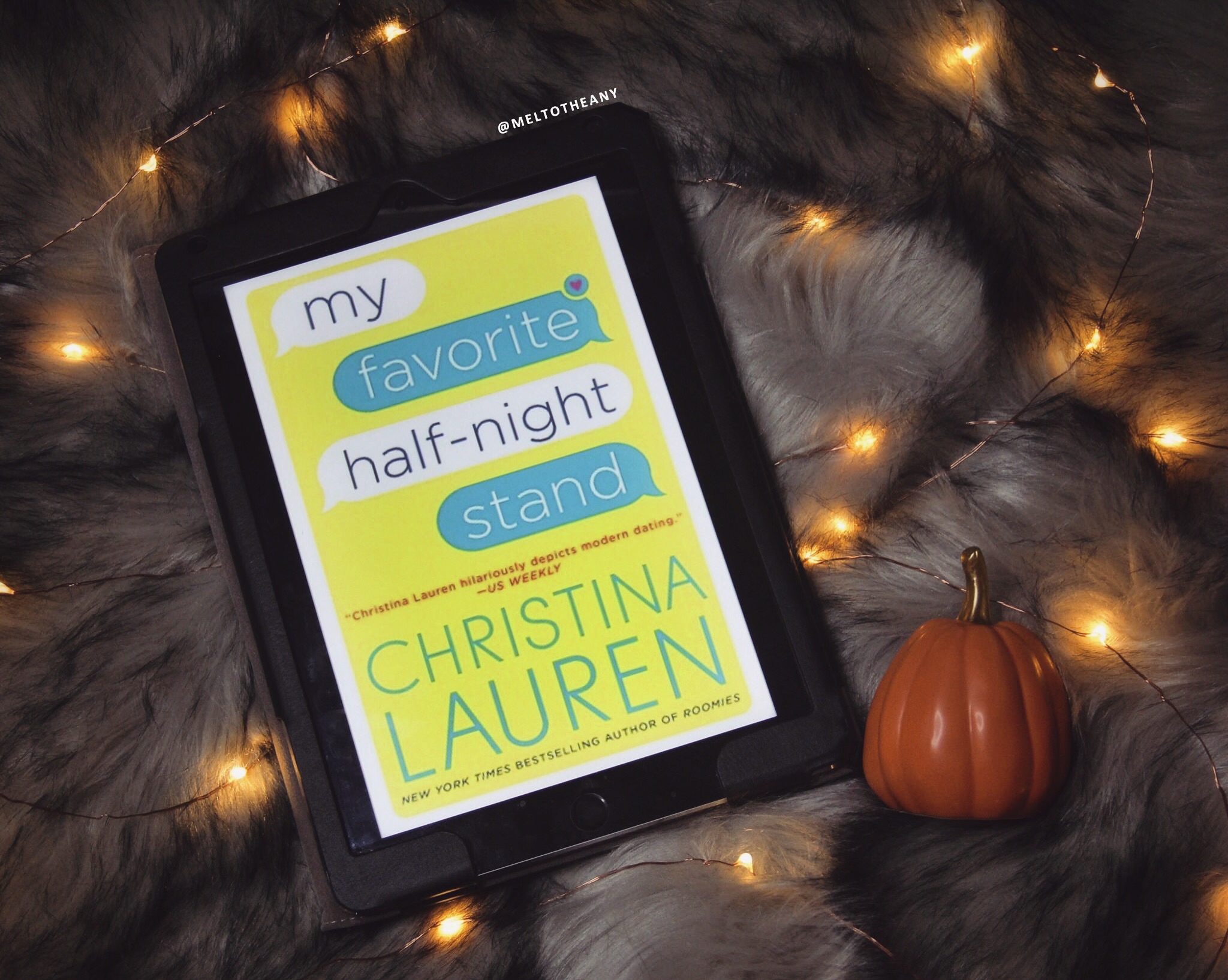 ARC provided by the publisher via Gallery Books in exchange for an honest review.

Okay, at this point I know I sound like a broken record, but Christina Lauren is such a hit or miss author for me. And I honestly feel like their releases alternate between me loving and me feeling “meh” about. Sadly, My Favorite Half-Night Stand ended up being a story that was very “meh” to me. It wasn’t believable, I was never really invested, and never in a million years would I want to date the main character.

So, the basic premise of this book is that there is a close-knit group of friends who all work sort of together. But they constantly hang out outside of the workplace, and they really are their own little found family. Oh, and they are all supposed to be super smart and super unlucky with dating. Yeah, it gave me Big Bang Theory vibes which is never a good sign. But anyways, they all need dates to this big event (which doesn’t even happen in the book, by the way) so they all download a dating app.

And this book does have a lot of multimedia, because we get to see these friends text and be in group chats with one another. But I will say, these people aren’t that much older than me, and really have a hard time understand basic internet lingo when they talk to each other. Real talk, my grandma memes better than these thirty-year-olds. But anyway, I should tell you all about the group of friends.

“…no matter how objectively pretty she is, Millie Morris has always been off-limits. But mostly I think she’s been off-limits because she’s never shown any particular interest in any of us.” 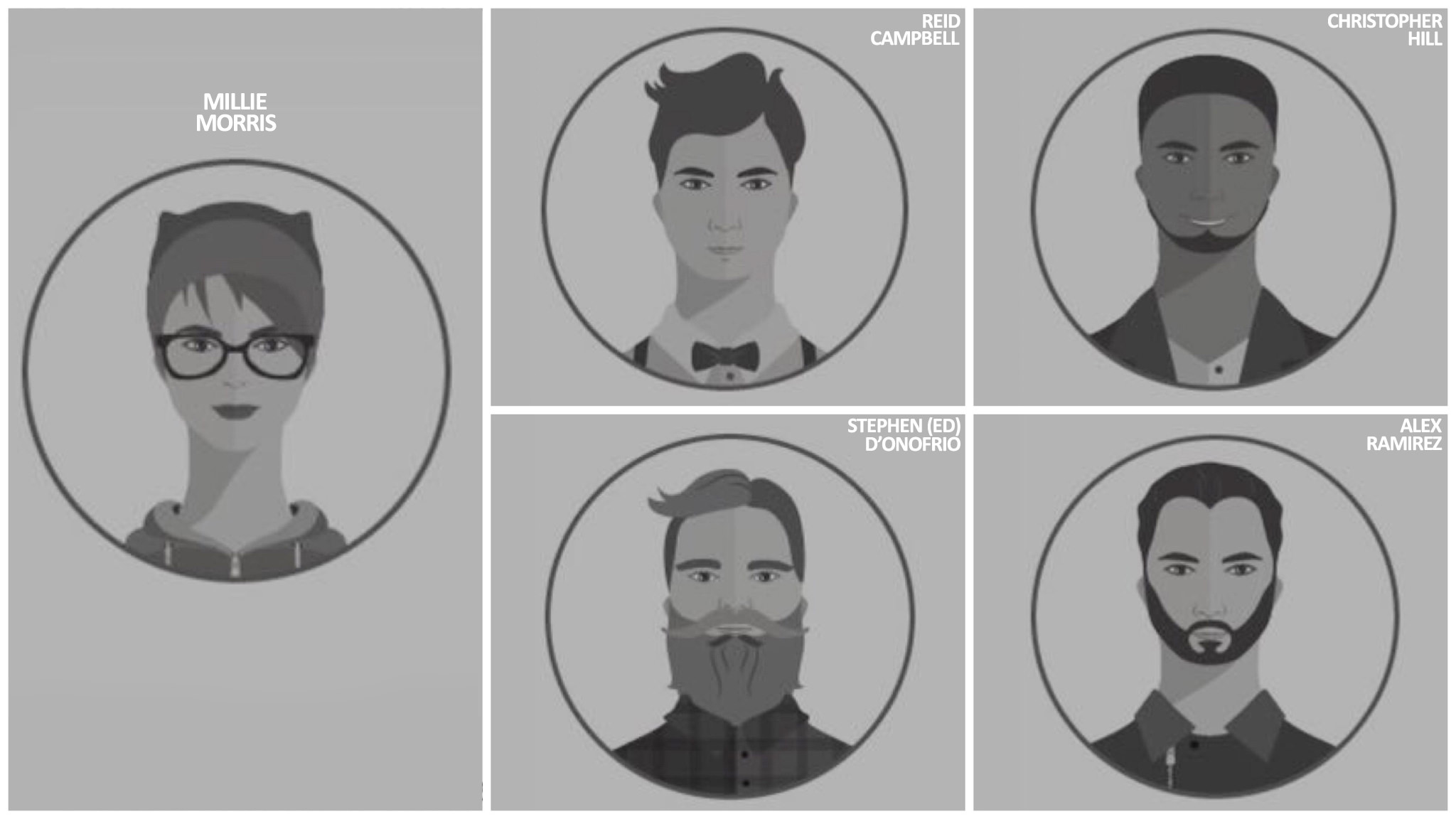 Basically, Millie helps all four dudes with their dating profiles. Including Reid, the guy who she considers her best friend, but who she slept with at the very beginning of this book. And basically, the guys don’t think that Millie’s profile is up to snuff, even though she literally wrote theirs for them. So, she makes another one, that’s more edgy and sexy or whatever, and she gets matched with Reid. And sends him something that she feels like will make it obvious that it is her, you know, instead of just telling him, and she basically catfishes him for the entirety of the book. And yikes, it was not enjoyable to read.

Millie’s actions are read apologetically because she has had a hard home-life growing up, and has essentially run away from it. She doesn’t talk to the guys about her past, or what is going on back home, but she feels like she can be open and honest with Reid while pretending to be this other woman. Which in and of itself is gross, but then later in the book, she actually reads what he has written to her aloud to other people. It is so gross, and I honestly disliked Millie throughout this entire book. Therefore, it was really hard for me to root for this relationship, because Reid deserved a hell of a lot better.

Overall, this just wasn’t for me. Which is actually funny, because Reid and I have similar jobs, which I was so damn hyped about when I first started this one. Sadly, that was the only thing I ended up being hyped about. And I’m so bitter that we didn’t get to see Obama in this, after this party announcement that was the reason the entire book premise started! Also, catfishing is never cool, but especially to your best friend and someone you’re having sex with. I will say that most of my friends who have also received ARCs of this one, have really loved it. So, maybe take this review with a grain of salt, but I just really didn’t like it. But I hope if you pick it up that you will enjoy it more than me! Happy reading!

Content and trigger warnings for catfishing, loss of a loved one in the past, talk of cancer, diagnosis of Parkinson’s disease, and some questionable comments about people’s physical appearance.

23 thoughts on “My Favorite Half-Night Stand by Christina Lauren”