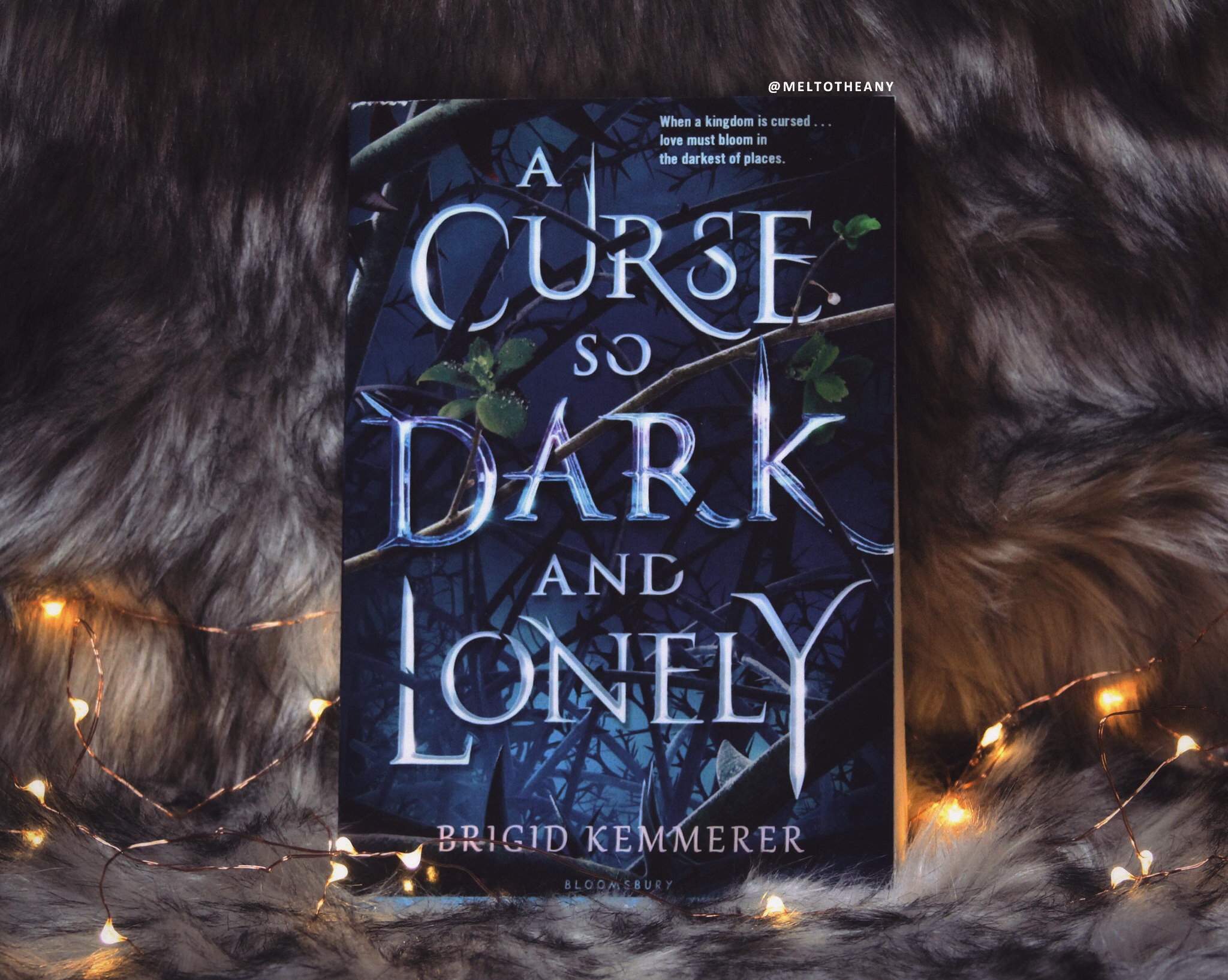 ARC provided by Bloomsbury in exchange for an honest review.

“I am always surprised to discover that when the world seems darkest, there exists the greatest opportunity for light.”

A Curse So Dark and Lonely is a reimagining of Beauty and the Beast with a much darker theme. In this version, the Prince is forced to repeat the quest to find love over and over each season, while causing more and more bloodshed each time. But after three-hundred seasons, this season will officially be the very last one.

➽ Harper – The Belle. Eighteen-years-old and from DC, before she is captured. But back home, she has a hard home life, living with her mother who has cancer and they can’t afford medical treatment, and a brother who is forced to pick up his father’s mantle to work for crime lords because he left his family in so much debt. Harper also has Cerebral Palsy, which I understand has very many different types on a spectrum, but she is high functioning. (Also, if you are an ownvoices reviewer, I would love to link your review and boost your voice on your feelings about the representation!) And besides Harper’s Cerebral Palsy representation, which is also at the heart of this book, her brother, Jake, is also queer and has the sweetest boyfriend, Noah, who is black.

➽ Rhen – The Beast. But the dark themes I brought up above is that each season when a girl doesn’t fall in love with him, he turns into a different beast and kills whatever is in his way. And then a new season begins, and the curse starts all over again.

➽ Grey – Rhen’s guard commander, and the only living person left at the castle with him. Not only is he a loyal friend to him, but he captures the girls and brings them back for him.

➽ Lilith – The enchantress who has cast this spell on Rhen and his kingdom. I’ll be honest, this character very much reminded me of Ianthe from A Court of Thorns and Roses.

➽ Freya – The shining star of the book, if I’m being honest. She has a child of her own but is also taking care of three of her sister’s children. I don’t know why I loved her so much, but she really was my favorite in the entire story. Give her a spin-off, please.

And these characters come together to set the stage and remake the story of Beauty and the Beast unlike any other. We get to see Harper decide if she wants to save a kingdom or her family and we get to see Rhen decide if he is worth saving. And even if this book was a little hard for me to get into at the start, I ended up really getting interested by the end.

There is a good discussion in this book about feeling responsible for things that you have no control over. Whether that be mistakes that your loved ones are making, deteriorating health of loved ones, or even just people doing bad things to you and the people you care about. Some things are really out of our control, and I liked the dissection of this in this book, because I think it is easy to feel responsible for things that sometimes really aren’t our faults.

“We are not always presented with the choices we want, but choices exist nonetheless.”

Overall, I didn’t love this or even enjoy it as much as I thought I would, but it did have a lot of things that I adore. Harper and Rhen do travel around his kingdom a lot, and I love me a good traveling story. Also, they frequent inns and taverns a lot, which is another thing that is so very much in my reading wheelhouse. But even though I completely understand that this is a retelling of Beauty and the Beast, I just couldn’t get over the abduction plotline and even begin to really root for the romance in this book. I will say though that I was really surprised this wasn’t a standalone, even though it totally can be read that way, but maybe I will love the next installment more!

Content and trigger warnings for abduction, captivity, talk of cancer, loss of a loved one, murder, death, torture, abuse, a pedophile comment, attempted sexual assault, sexual assault (by Lilith), thoughts of suicide, and a lot of ableist speech (always in a negative light from the villain).