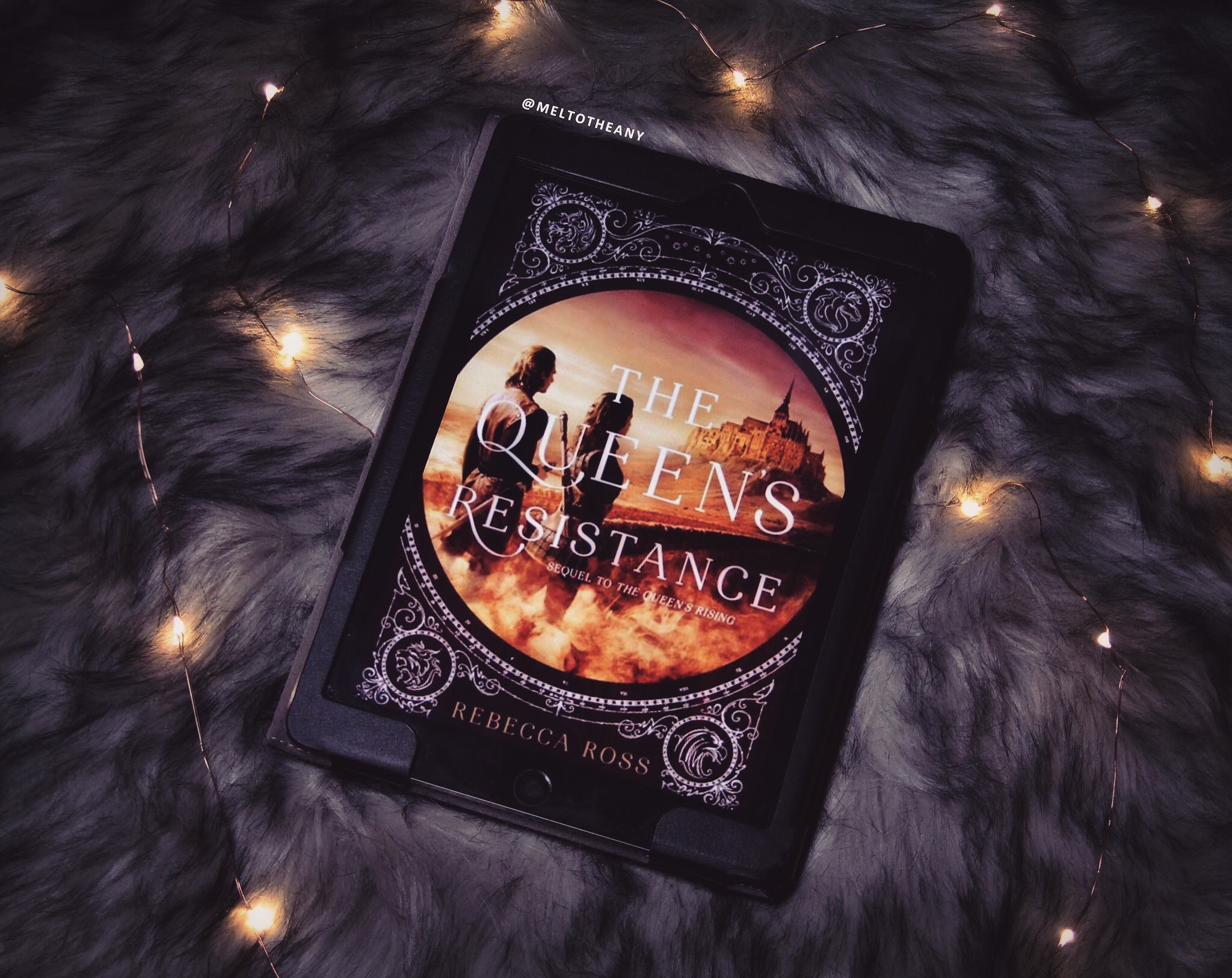 “Crowning Isolde Kavanagh as the rightful queen was not the end of our rising. It was merely the beginning.”

The Queen’s Resistance is book two in Rebecca Ross’s debut series, which I think is so underhyped and so underappreciated! Seriously, friends, stop sleeping on this series. Because this is exactly the kind of YA fantasy that I’m always on the hunt for; amazing friendships, swoon-worthy romances, medieval setting, unique magic systems, and women coming into their power and embracing what has been taken from them by men who fear that power.

The Queen’s Rising focused on our main character, Brienna, at a school that helps young girls hone sought after specializations. And after graduating in one of these sought-after trades (art, music, dramatics, wit, and knowledge) you will work under a patron doing a vast array of different things with your skill set. But Brienna was sent to this boarding school so that she could go into hiding, because the blood that runs through her veins has made her quite the threat to the throne, and the world.

I honestly feel like I can’t say too much about The Queen’s Resistance, because it picks up very soon after the end events of The Queen’s Rising, and a lot of things went down. But I will say that Brienna is still very sought-after, but now she has a very strong found family that helps protect her, regardless of what her last name is. And even though the revolution is over, the rebuilding has just begun, and Brienna, and her family want to build something worthy of a legacy.

Cartier also gets his own point of view in this book, and his journey is also not an easy one because of his bloodline. But regardless of the bad things that have happened in his past, he always shows empathy and consideration in every situation. Seeing him and Brienna grow, and grow together, is so beautiful, and their strength and compassion really knows no bounds.

Found family is for sure the shining light of this beautiful tale, but this is also a book about becoming the person you want to be, regardless of the evil acts people have committed with the same last name as you. And this is a story about rising up, and being what you dream of being, not who people expect you to be on account of a last name that you never asked to have.

“Is it only blood that makes a House? Or is it beliefs? What holds people together more? The red in their veins or the fire in their hearts?”

Overall, I can’t wait to see what comes next in this world. I just fell so in love with these characters, and I want to protect them at all costs. Rebecca Ross’s writing is so lyrical and beautiful, and I really have become so attached to this entire world she has created. Again, this series is so underhyped, and this author has really blown me and my expectations away with this debut series.

Buddy read with Lea at drumsofautumn! ❤