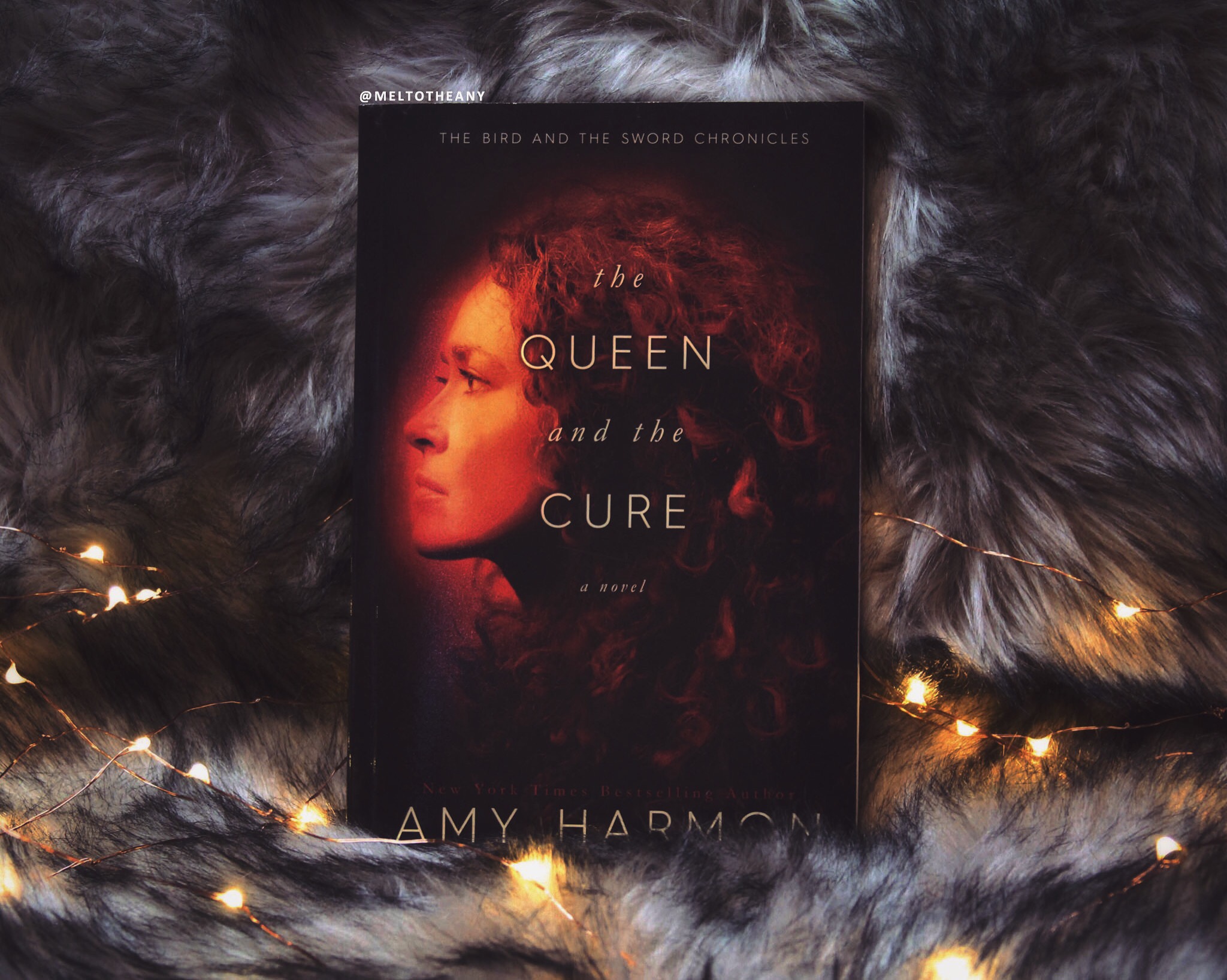 “I fell in love with you in pieces. Layer by layer, day by day, inch by inch.”

I loved The Bird and the Sword so much when I read it, so I was looking so forward to the indirect sequel, the Queen and the Cure. But, sadly, I was so let down by this next installment. I didn’t care about the character, the story, or any of the hardships that they were going through. Honestly? The only parts I really liked where when the characters from The Bird and the Sword made brief cameos.

Kjell is the captain of Tiras‘s guard, and is on a mission to find any remaining Volgar. Not only is Kjell a strong warrior and leader, he is also a very gifted healer. But his healing comes at a price; for every life he saves, he gives up a day of his own life. But he stumbles upon a young woman named Sasha who is in desperate need of healing, and he doesn’t even hesitate to save her life.

Sasha appears to be a slave, and as compensation for saving her life, Kjell agrees to let her come on this mission with him and his men. But this is obviously a romance book, so angst ensues! Especially since people in the story might not know the extent of their pasts that others have tried to keep hidden.

But the actions that Kjell and Sasha make throughout this story are just infuriating. They really wanted to make things so much harder on themselves, and not in the good angsty way, but in the annoying and unbelievable way. And this happened over and over, constantly, throughout the entire story and it really made it hard to enjoy and even read. And how this book had to end? Lord, the payoff didn’t even feel good.

Overall, I am so sad that this ended up being a disappointment. Hell, maybe I just overhyped it for myself. I’m always on the lookout for fantasy romances, and I put so much damn faith in this, especially after loving The Bird and the Sword so much.

Content and trigger warnings for slavery, war themes, talk of past animal cruelty, and animal deaths.

5 thoughts on “The Queen and the Cure (The Bird and the Sword Chronicles, #2) by Amy Harmon”