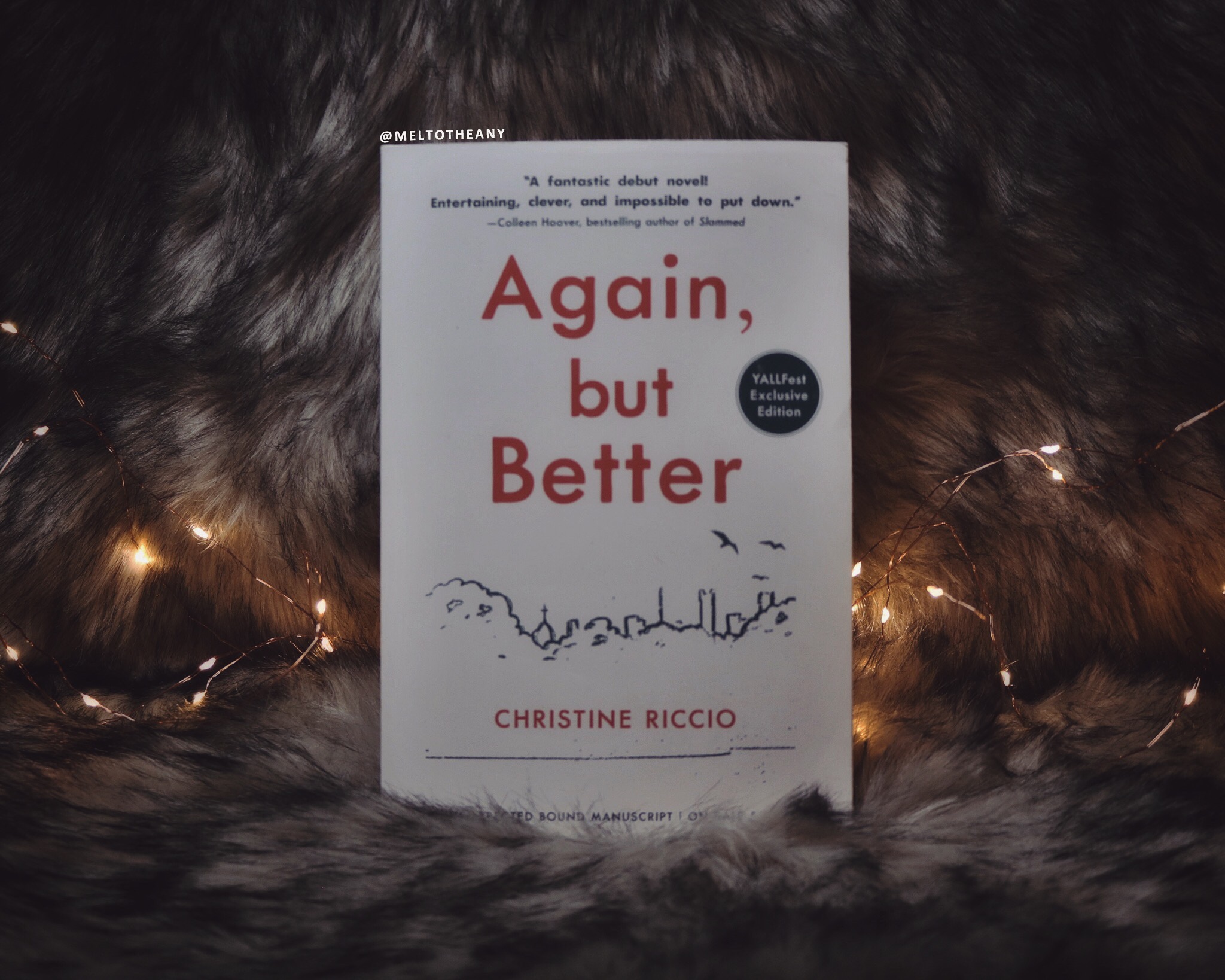 “If you could go back and do London all over again, knowing everything you know now, would you do it?”

Friends, I wanted to love this so badly. So damn badly. Christine is not only the actual Queen of BookTube, she was one of the first channels I ever watched. She just seems so kind, and genuine, and I always feel like she radiates positive energy, and she was such a massive part of why I wanted to read Shadowhunters in the first place. But this review isn’t going to be about that, nor is it going to be a drag or me spilling the tea; this review is just going to be about why this debut was only okay for me. Even though I very much hope it works for you come May 2019! Also, please keep in mind that I have a very early ARC copy of this book. Many things could be changed upon publication!

This story centers around a girl named Shane, who has had her life completely predictated by her parents’ wants and aspirations for her. Her parents want her to study medicine and to one day become a doctor, while all Shane wants to do is read and write. Yet, she somehow manages to be able to study abroad to the UK, where she will also be able to intern as a writer for a travel magazine and, most importantly, escape her parents’ expectations.

The book is also told in two parts; the first part being set in 2011 where Shane is 20, and the next part set in 2017 where Shane is 26. But the book starts out in 2011 and we soon follow Shane during her oversea travels, and we soon meet all of her flat mates, most of which who have ridiculous names; Babe, Atticus, Sahra, and Pilot Penn. Yeah, you read that last one right. But Shane is making sure that she is going to make the most of these three months of freedom, while trying to make friendships and connections that will last her entire life.

This books just reads so personal. Like, I would even go as far as to say that I would feel comfortable as classifying this as semiautobiographical. But instead of me being interested in the story, it really took me out of it because it felt so much like Christine and, in turn, felt so damn invasive.

Like, you will not be able to read this book and not picture the main character, Shane, as Christine. From studying abroad, to being open about not making many friends in college, to *gasp* Shane’s blog name being French Watermelon, to the constant Lost references, to the endless Cassandra Clare and Shadowhunter references, to Harry Potter galore, while the character of Shane also just has a personality and the same mannerisms as Christine. This just feels so semiautobiographical. I promise, you won’t be able to not see it. And maybe that will completely make the reading experience for you, and I truly hope it does, but it really pulled me out of the story constantly.

Also, Christine constantly is trying to make you remember that the story is set in 2011 for a majority of the time. Which is fine at first, but it becomes so heavy handed and forced that it really made for an unenjoyable reading experience. Angry Birds, to Jamie Foxx’s ”Blame It”, to every popular book of that time period! It was just too much, and it really did a disservice to the story, in my opinion.

But my biggest problem with this book was the grey-area cheating and even eventual cheating (a kiss). This was truly the reason that I could never love this book or ever feel anything for the characters. Plus, the character that is getting cheated on is always villainized to look like a bad girl, when she has every right to feel threatened.

Also, just because this is something that is personal to me, I really didn’t like how Shane’s parents were never said to be abusive when they most certainly were. Like, the verbal abuse alone her father showed in the text, on top of the constant emotional abuse throughout the entire story, it just made me so upset and I really was disappointed when the parents were never viewed as being shitty parents. Especially at the end when they are being portrayed as good parents, just because their child was able to succeed without them. It feels and reads so very bad. Seriously, if your parents only want to love and support you when you are successful then they aren’t that great of parents.

I really loved how this entire story and book shines a light on the constant theme of social anxiety. I’m not saying that Shane makes the wisest of choices throughout these six years but seeing her live with social anxiety was something that really meant a lot to me and something that I really appreciated.

My favorite thing about this book is how it truly is a love letter about how you have to live your life for yourself. I know that Shane learns this the hard way, but I think that this is a concept that more kids need to not only hear but to let the message absorb into their hearts. I know that I learned it way later in life, and I wish so desperately that I could go back and learn that my life is only ever mine and that I deserve happiness so much sooner. And I really hope that because Christine has such a huge audience, that so many teens and young adults will be back to learn this earlier and truly live and lead the lives that they want for themselves.

And this book is a really fast paced read, that will really leave you turning the pages because you’ll be super curious where everything is going. Even though I really didn’t like the romance in this book, I was really invested with all the different paths and connections that Shane was making constantly. And I truly believe that I could have sat down, with a big cup of tea, and read this book from cover to cover in one sitting.

Another thing I liked, that I don’t want to talk too much about because of spoilers, but there is for sure a magical element of this book that I was not expecting at all. And even though I think things could have been handled better (grey area cheating), I really enjoyed how this fantastical element was implemented into the story, and it was a surprise that made me happy.

There is also a very diverse cast. Even though the main characters, Shane and Pilot are white, I feel like most of Shane’s coworkers at the magazine were people of color, and Babe is black and plus sized, Sahra is said to be tan, and Atticus is Asian, gay, and a Gryffindor (which feels like a personal attack in the best way, because… it’s me)! There is also another queer minor character who comes out because Shane takes a second to talk to them, which is meant to be heartwarming but I was side eyeing a bit.

Overall, let’s be real, people are going to one star and five star this just based on who Christine is upon release, which is never okay, but these are truly my feelings, even though I think Christine is a six star human! Even though I didn’t love a lot of elements of this debut novel, I still really appreciated some of the themes and thought it was a fun and quick read!

Content and trigger warnings for constant grey area cheating, cheating (a kiss), assault (an unwanted kiss), and the use of ableist language like cr*zy.

39 thoughts on “Again, But Better by Christine Riccio”