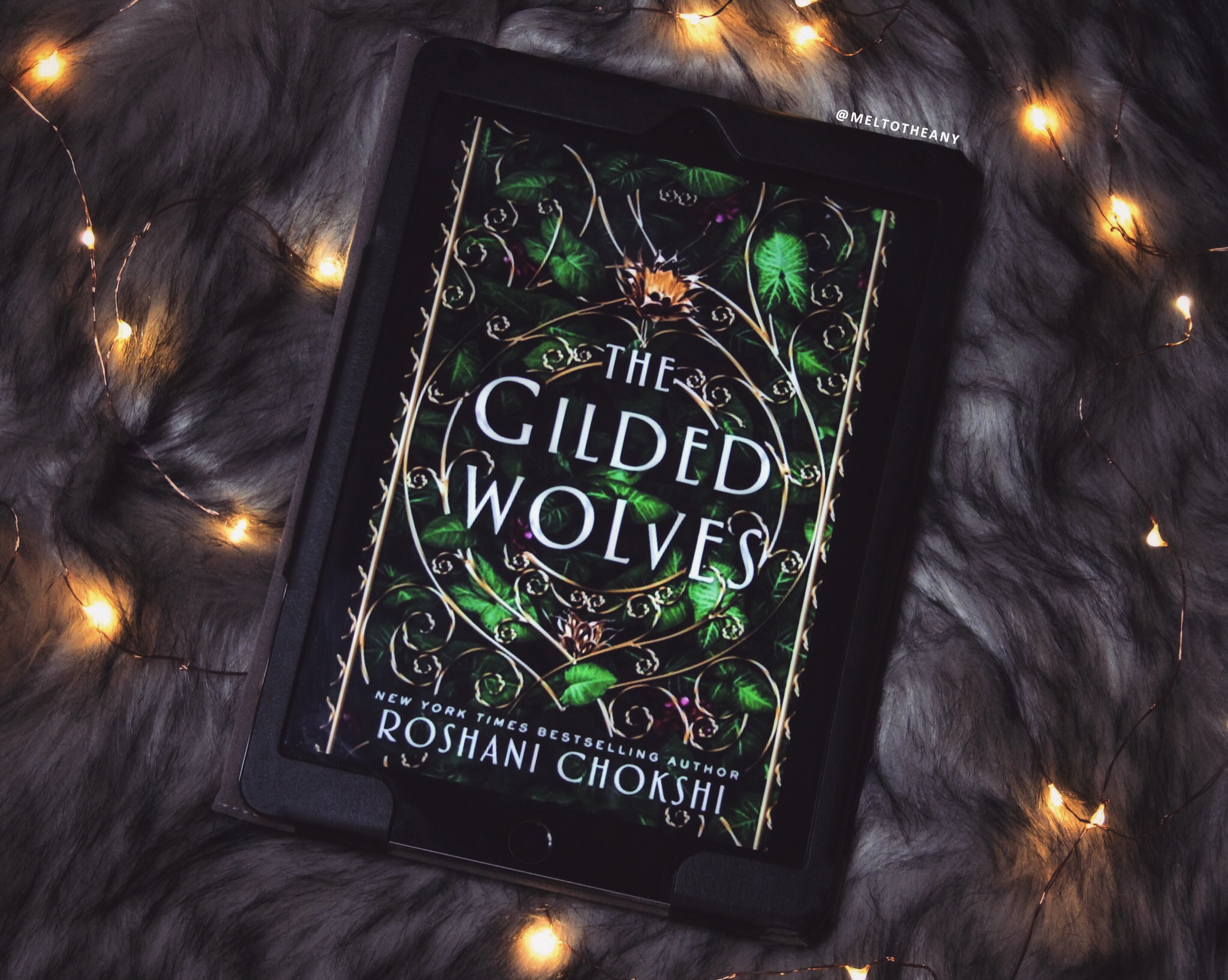 “Sometimes the only way to take down what had destroyed you was to disguise yourself as part of it.”

Most of you know that Roshani Chokshi is one of my favorite authors. I loved both The Star-Touched Queen & A Crown of Wishes with my whole heart and soul! So, I knew when she was writing a brand-new series, about a found family completing heists and solving puzzles, that I wouldn’t be able to resist once I got my hands on an ARC. And friends, this was such a treat to read.

This is a historical fantasy set in alternate 1889 Paris, France, and in this alternate world, children will manifest magical powers by the age of thirteen. And there are two different kinds of magic; the magic of mind and the magic of matter. There is also a very powerful secret society, that goes by the name of the Order of Babel, and it used to be made up of four houses, but two houses took over ten years ago. And by doing so, they made a very big mistake claiming the heir of one of those fallen houses as dead.

“Turning into ghosts is not what the dead deserve.”

➽ Séverin – Biracial (Algerian & French). For sure the leader of the group, who wants nothing more than to keep his crew safe and out of harm’s way. But he is on a mission to reclaim his true inheritance that was stolen from him with lies ten years ago, because he gets an offer than he couldn’t possibly refuse.

➽ Laila – Indian (ownvoices), dancer, who is dealing with a lot of grief and a lot of anxiety over her past. She has the magical (matter) forging ability to touch any object and read it to know everything about it. And she desperately needs Séverin’s plan to work.

➽ Tristan – White, and Séverin considers him his little brother, because they moved around a lot together in foster care. Also, Tristan loves his pet tarantula, Goliath, more than anything, but he’s still my favorite little gardener/botanist.

➽ Zofia – On the Autism spectrum, Jewish, Polish, has anxiety, and a lot of her actions (in my opinion, as someone who has OCD) feels like she may also fall on the OCD spectrum. She finds comfort in numbers, needs to have things in their rightful place, and is willing to do any and everything for her little sister that she was forced to leave behind. Zofia also has magical forging abilities of the mind.

➽ Hypnos – Black, queer (probably pan, maybe bi, and maybe even non-binary), heir of a French aristocrat but know he is also a descendant of slavery. His story line is a little rough at first, but you soon realize that he considers Séverin a brother to him, and honestly? Hypnos ended up being my second favorite character. Also, he made me giggle so much that my tummy hurt.

➽ Enrique – Biracial (Filipino (ownvoices) & Spanish), queer (he is either bisexual or pansexual, but I’m not sure my heart can take reading about a half Filipino, pan character because it is all I’ve ever wanted in literature!) But, this character meant a lot to me. I am not sure I’ve ever read specifically about a biracial Filipino dealing with cultural erasure on both sides of their heritage before. I mean, this book is literally people trying to erase cultures from history, and Enrique is literally a historian, but seeing people make comments about his looks and biraciality just really hit home for me on a really personal level. I completely realize that there comes an immense privilege with being white passing but reading this book and feeling how real and hurtful it is when people disregard you and erase you because you don’t fit in their stereotypical mold of what a half Asian person should look like, but they also never let you forget that you’re not fully white. Yet, also not feeling like you truly fit in because of your lighter or more westernized features, even if they comment about it in a way that they believe is positive and a compliment. And Enrique also has to deal with people thinking that Asian people are interchangeable and thinking that their cruel and ignorant words are acceptable to say. I loved all the characters in this book, but Enrique just felt like the character I’ve been searching for for a very long while and he just really encompassed so many things that I hold inside myself every day. His character just meant a lot to me, and I will cherish him forever and always in my heart. 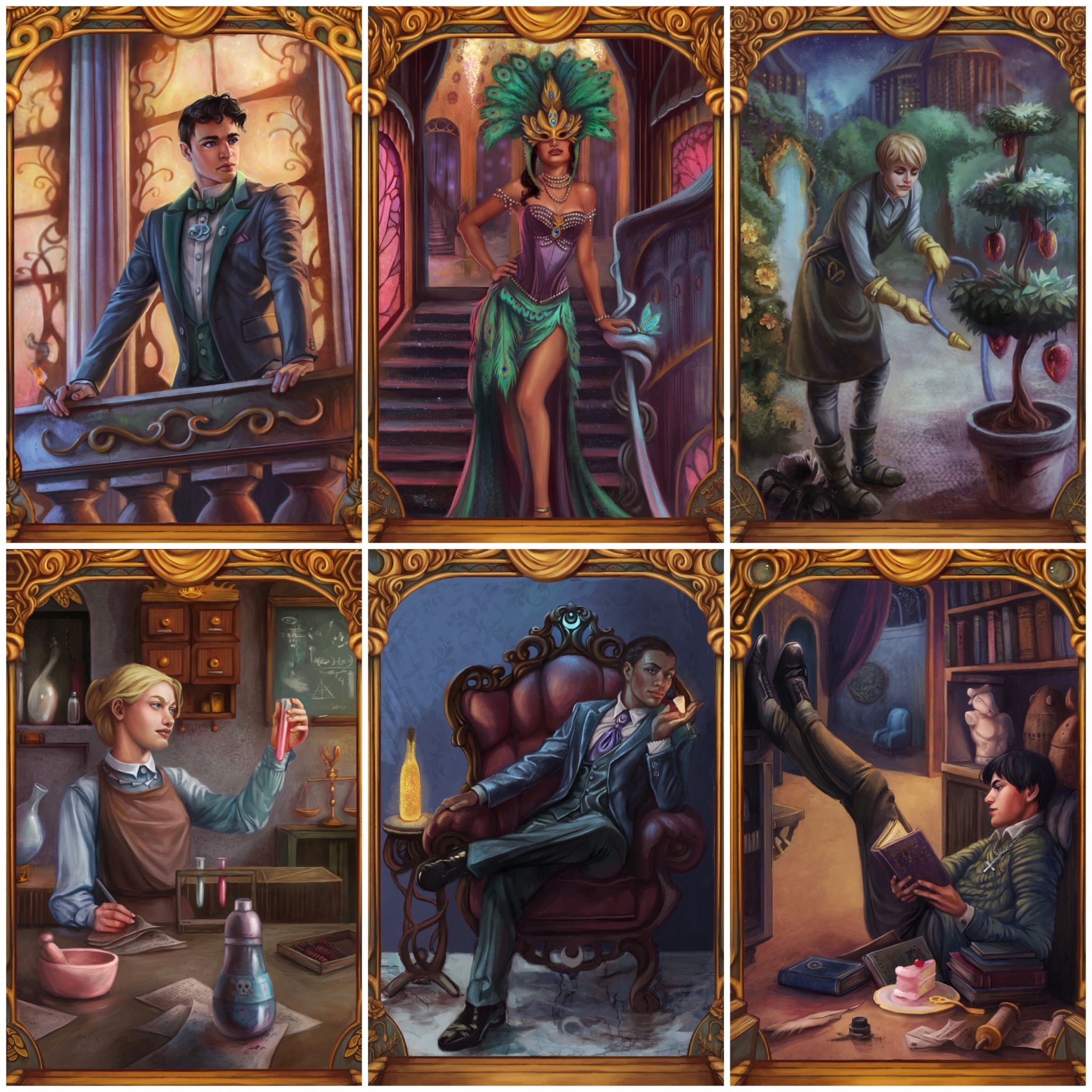 And this ragtag group of misfits come together and create something so beautiful that I hardly have words to describe it. This book heavily talks about colonization. And even though the heart of this novel is about a found family who unconditionally loves one another, the soul of this novel is about cultural erasure and how important it is to keep the traditions and history from your culture, no matter who tries to make you believe that theirs is superior. And this book really puts an emphasis of the terrible acts people will commit while saying that it’s for or because of a higher power.

“But the greatest thief of all was the Order of Babel, for they stole more than just objects . . . they stole histories”

But all these characters feel like a tier above the rest of what YA has to offer. They feel so real, their pain feels so raw, and you just want to protect them all at all costs. Roshani really is a master word weaver and I can’t help falling in love with every story she puts into the world. She is also the master of romance, and I was swooning extra hard for two people in this. (Also, the set up to book two will probably be the death of me!) As for the other romantic relationship, Roshani is either going to completely slay me with the love triangle or give me everything I’ve ever wanted with a polyamorous relationship. Lord, hear my prayers.

Also, because I don’t think I mentioned this above, a good portion of this book is set at a hotel called L’Eden where the crew lives and develops new advancements to help them with their missions. I know I’ve already gushed pretty hard over this book, but I love books that are set in hotels and inns so much, and it was just such an unexpected treat. Then again, Roshani always writes the best settings and my heart fell completely in love with a poisonous greenhouse in this story, too.

Overall, I just really loved this one. I am sure many people will compare The gilded Wolves to a mix of Six of Crows & The Da Vinci Code upon release, and I think that’s valid, bu I think it has its own unique spin, too. The cast is diverse and lovable, the writing is lush and beautiful, the themes are important and heartfelt, and the story is captivating and unputdownable. If you like a story with secrets and mystery, filled artifacts and puzzle solving, with a little romance and funny banter, then I completely recommend picking up The Gilded Wolves upon release.

Content and trigger warnings for colonialism, cultural erasure, and racism (always challenged and in a negative light), blood depiction, mention of past suicide, loss of a loved one, bullying in the past, abandonment, anxiety attacks, mention of a stillbirth, and depictions of grief.