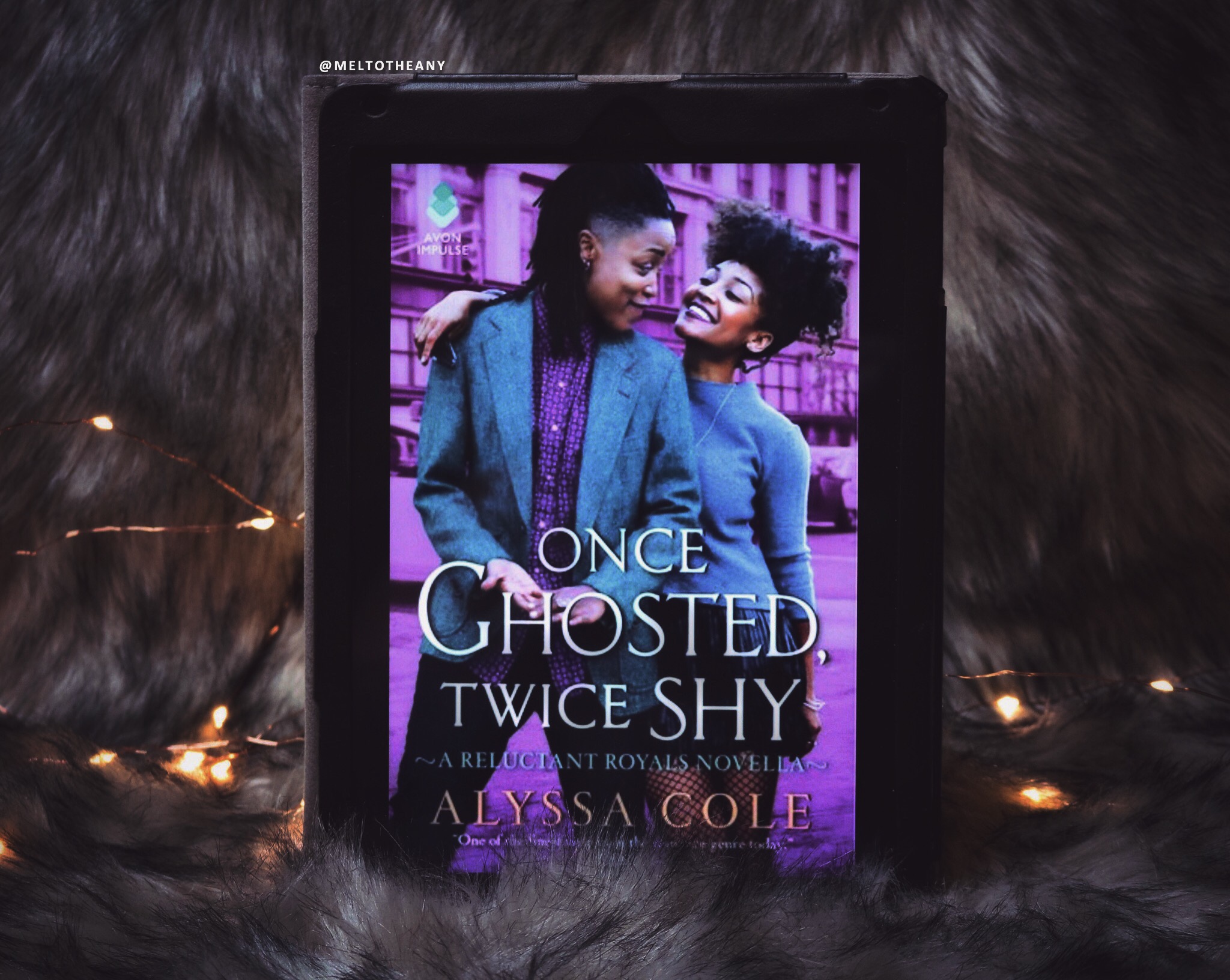 “Out of all the train cars in all the world you had to walk into mine.”

Oh my word, this was glorious. Alyssa Cole just keeps proving, over and over, that she is the queen of romance, and that the Reluctant Royals series is such a bright shining light for the romance genre. And I truly and utterly fell completely in love with Likotsi and Fabiola, and this is one of my new favorite f/f stories ever written.

Likotsi is the personal assistant to Prince Thesolo, who we get to know very well in A Princess in Theory! She is also Black, a lesbian, and (in my opinion) a sexual icon. Seriously, I haven’t swooned this hard over a character in a long time. But Likotsi finally has some free time and is planning on spending some time exploring the city, but technical difficulties make her train break down. But maybe fate is at play a little bit, when her ex spots her through the train window.

Fabiola is an up and coming jewelry maker, who is social media famous, bisexual, and is also Haitian and from a family of immigrants, who are having problems with deportation. This book is such a sexy second chance romance, but it really shines a spotlight on very real things that are going on here in America and weaves these important discussions into this beautiful story seamlessly.

But Likotsi and Fabiola decide to get some lunch together, which kind of turns into them spending the day together. And the chapters begin to alternate from the present, to them meeting on a Tinder-like app, and then to why they eventually called it quits eight months ago. And I was so damn enthralled in all the timelines. And the chemistry between these two? Out of this damn world.

Also, I just wanted to also say that this is ownvoices for the Black representation but also the queer representation! And if you all have time, you should check out this article from The Mary Sue because it is magnificent.

Overall, I hope Alyssa Cole never stops writing this series. I will honestly read ninety-nine more installments, with the biggest smile on my face. This series is the stuff that OTPs are made of and Once Ghosted, Twice Shy proves that the side characters are even equally as perfect. And friends, I don’t even have words for how excited I am for A Prince on Paper this April! Also, I totally think you could read this one without reading the previous full-length books in the series! And I completely recommend you do so, if you’re looking for something quick, steamy, and romantic.

Content and trigger warnings for deportation and forced separation of families.