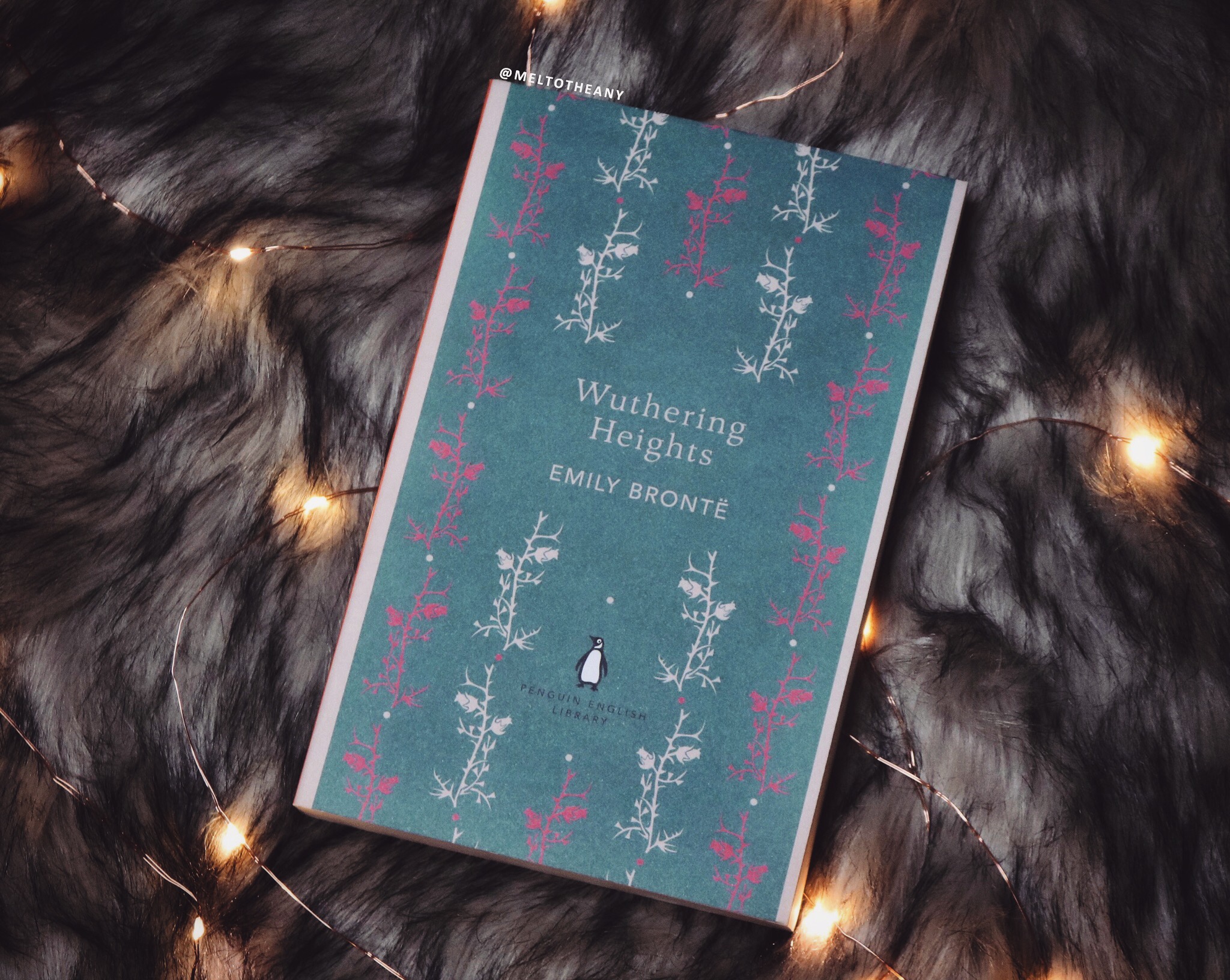 “People feel with their hearts, Ellen, and since he has destroyed mine, I have not power to feel for him.”

Okay, I know that Wuthering Heights is so many people’s favorite book of all-time, and so many people’s least favorite book of all-time, so I went into this not really knowing what to expect. I will be honest, I didn’t really love it, but I was for sure not expecting the wild ride that this story took me on. I just truly found all of the characters (Except for Ellen/Nelly) to be so damn insufferable.

But this is a story set in 1801, about a man named Mr. Lockwood, staying the night at Wuthering Heights. He meets a man named Heathcliff, who seems absolutely miserable, and he meets a housekeeper named Ellen Dean who will eventually help us figure out why Heathcliff is so miserable. Oh, and when Lockwood goes to sleep that night, he is awoken by a ghost! He then tells Ellen this, and she promptly throws us back into a flashback, where she becomes the new narrator, and we get to see what went down at Wuthering Heights many years ago.

Wuthering Heights, at its black heart, is a story all about abuse, and cycles of abuse, and how abuse can impact so many hearts and so many generations repeatedly. Abuse and cruelty truly breed violence, and Heathcliff and everyone he has been forced to interact with just showcase that theme over and over. Heathcliff was orphaned and taken in, but everyone reminds him that he constantly is an outsider. But this story focuses on him and the three young people he grew up alongside of, and they are all shitty in their own ways.

“Whatever our souls are made of, his and mine are the same.”

And friends, it is a truly wild ride seeing these characters interact with one another. And we eventually get to see their children who (you guessed it) are shitty, too! Again, cycles of abandonment and abuse is truly heartbreaking in every aspect.

I don’t want to say too much more without spoiling, because I really do think the twists are pretty decent in this and figuring out more about the ghost was a big highlight for me. Also, the atmosphere was phenomenal, and the Yorkshire moors truly set a beautiful stage for this dark tale. And I feel like this is a little bit of an unpopular opinion; but I actually really liked Emily’s prose, too.

I do want to say that upon finishing this story, I immediately started to look up things about the entire Brontë family, and my heart just broke. The things that those sister, and their entire family, had to go through. I know 2019 is kind of a dumpster fire, but I am so thankful that I wasn’t born in the 1800s, good Lord. Also, reading about how closely tuberculosis impacted this story and Emily’s life truly fucked me up, especially because I’m close to Emily’s age when she died. Seriously, I have so much love and respect in my heart for these three sisters, originally writing their dark tales under male pseudonyms, who will now never be forgotten.

Overall, even though I didn’t love this story, this book was enjoyable enough to read. But you’re never going to find me romanticism anything that Heathcliff did. But I truly couldn’t wait to find out what happened next to all these insufferable characters. And I still firmly believe that Ellen/Nelly deserves the entire world. Also, I had the biggest giggle while reading about someone throwing hot applesauce at someone else, because like, just imagine that.

Content and trigger warnings for use of the word g*psies, death, loss of a loved one, a lot of physical and emotional abuse, alcohol abuse, child abuse, animal abuse, humiliation, self-harm, and abandonment.