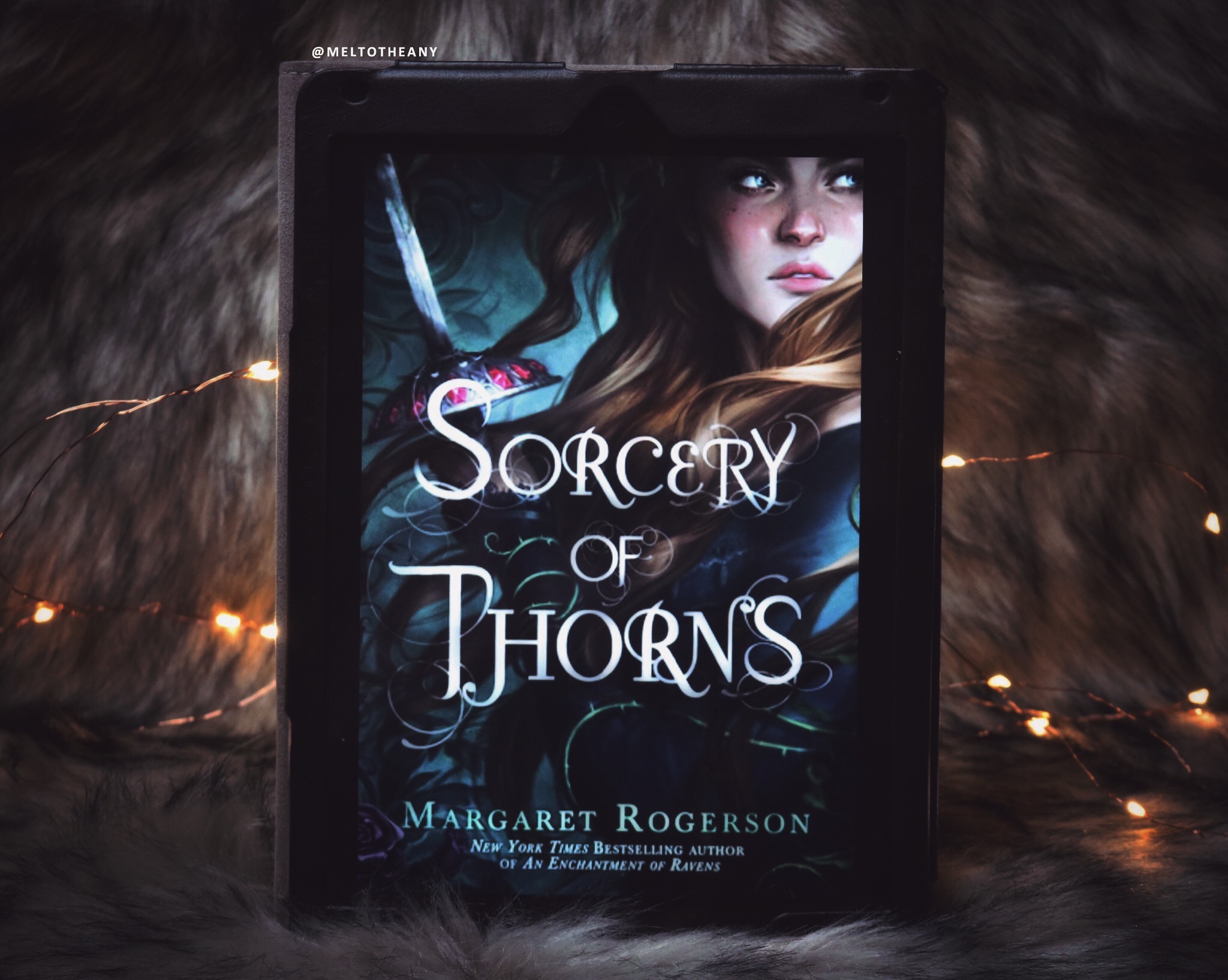 “Knowledge always has the potential to be dangerous. It is a more powerful weapon than any sword or spell.”

I don’t know about you, but I feel like I’ve been looking for a story all about someone living in a library, surrounded by magical books, while also going on adventure after adventure, for my entire life. And I truly believe that not only did Margaret Rogerson give me that, she is giving the YA literature community a gift from above. I feel like when An Enchantment of Ravens came out most people loved it, but it did seem a little bit polarizing, while I liked it but I never was in love with it. But Sorcery of Thorns captivated me from page one, and I adored it so very much that there was never a moment that I wanted to shut this very magical book and stop reading.

And like I said above, this is a story all about a girl named Elisabeth who has grown up in a library all of her life. She wants to eventually be a Warden, who is a person who protects the library, the people, and the books, because some books in this world are very much alive and are capable of doing some very bad things. But one night, when there is an attack at the library and the surrounding town, she takes it upon herself to defend the only home she has ever known. Yet, this act ends up making her the only suspect in the crime.

“Dreadful things roam the shadows while the human world sleeps.”

So, Elisabeth gets sent away and is forced to travel alongside a nobleman and sorcerer named Nathaniel Thorn, who also has a companion named Silas who happens to be a demon. In this world, the old royal families have all made pacts with demons to give them magical powers, and these pacts are passed down from generation to generation, but at a cost. Also, Silas is easily my favorite character in this book and I would die for him this very instant.

But Elisabeth, Nathaniel, and Silas’s paths all continue to cross while Elisabeth is trying to prove her innocence, while also stumbling upon a conspiracy theory to end all other conspiracy theories about what is really happening to the libraries in this world. And the adventures they go on, the secrets they unfold, and the discoveries they make together, was nothing short of a treat to read.

The thing that I didn’t love about this book, and the reason I am giving it four stars, is because I didn’t love the very vague representation. Obviously, I want authors to write what they want to write and what they feel comfortable with, but this was a little too subtly done for me. Yes, we have a main character that does express attraction to more than one gender, which I am always going to be living for, but we get a very brushed off moment with a very minor character being on the ace spectrum. Also, I think another leading character could possibly also be on the ace spectrum, but the representation in this book is so quiet that you are constantly left second guessing yourself while reading, and it feels bad, even with the excuse that this story is set in a fantasy world because the mentions are so very brief, too.

Overall, I did love this story. It was so unique and so whimsical; I couldn’t resist getting completely swept off my feet. I loved all three characters and their dark backgrounds, while gaining so much hope for their futures. I loved the writing and all the twists and turns that this adventure packed story delivered. I loved the historical setting, which is very reminiscent of The Infernal Devices! I loved the romance even though it was such a slow-burn that I wanted to scream in the best way possible! I just loved it all, and I can’t wait to see what Margaret Rogerson does next! Especially because this is a standalone, but I could totally see more in this world after that last page.

Content and Trigger Warnings: anxiety depiction, anxiety attacks, talk of loss of a loved one, captivity, talk of forced institutionalization, and violence.

23 thoughts on “Blog Tour: Sorcery of Thorns by Margaret Rogerson”