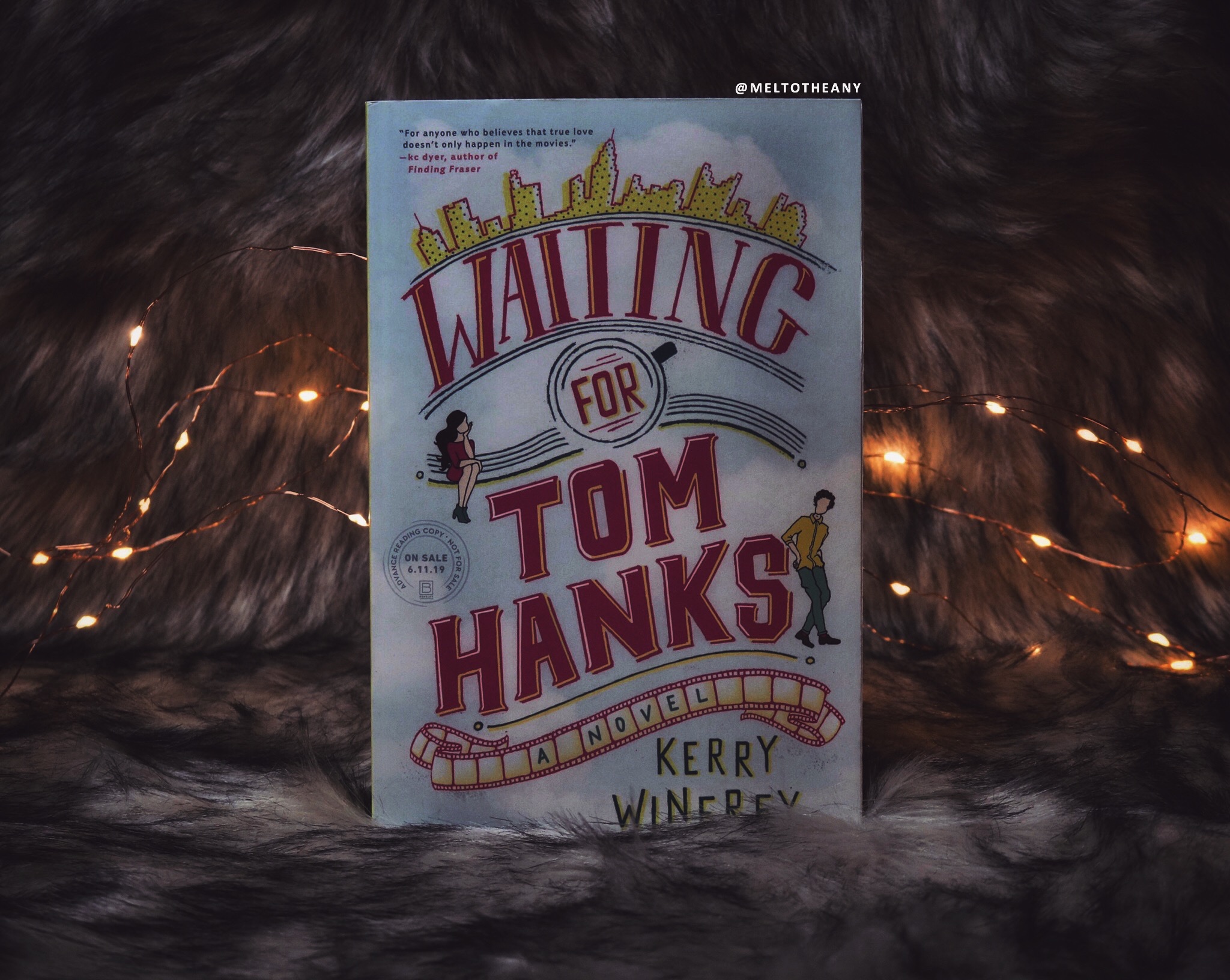 “My Tom Hanks is out there, and I’m not going to settle until I find him.”

I’m not going to lie to you all, I have been dreading writing this review. This is probably the book that has disappointed me the most in 2019, so far. I thought it was going to be a cute romcom about a girl, working on a movie set, falling in love. And I suppose it was, but it also has so much bad and infuriating things also in this story.

Waiting for Tom Hanks is about a girl named Annie who (you guessed it) is in search of her life’s romcom hero, who she thinks she deserves to be swept off her feet by. And what better way to look for prospects, than to work on a movie that your uncle pulls strings for you to be the director’s new assistant. And on her first day at set, she meets Drew, the star of this romcom that is being filmed.

“If there was ever a man who was the complete and polar opposite of Tom Hanks, it would be Drew Danforth.”

The best character was easily Annie’s uncle, Don, who was probably pansexual, but the author didn’t put it on page. But he also runs a weekly D&D group, and you all know that is very much something I am passionate about. Also, he was just kind hearted, and showed unconditional love, and I truly always wanted the best for him.

The second best character was Chloe, who is Annie’s best friend, and who is on page bisexual. I have no idea why she would be friends with Annie, but I am happy she was part of the story, and I’m happy the author is going to write about her in the next book.

Annie was just the worst, and being in her head was so unpleasant to read from. From fake *wokeness* to white feminism, to just being dramatic and jumping to so many ridiculous conclusions, from pity party to just doing so many hurtful and dumb things, she is easily the worst main character I’ve read about in 2019. Annie needs to learn boundaries, and respect, and *plot twist* at the end of this book was so horrible, that I can’t even believe that beta readers would not say how horrible it felt to read.

I suppose I should talk more about the white feminism in this book. The white director wanting to film a movie about an interracial relationship, because he is now in an interracial relationship felt really bad. You should want to promote diversity all the time, in all walks of life, not just went it mirrors your life and impacts you and your white-self. Every single time Drew talked about being a feminist because of his feminist mom and how he opened doors and walked girls home made me want to die. Even though I did feel bad for Drew through most of this, because Annie was so insufferable. Also, all the main characters in this book are white! To keep bringing up how *woke* you are, when your entire book is about two heterosexual people, who are white, with all white friends, it doesn’t feel good to read. Especially when the only person of color is a very minor side character (yet, the star of the very movie) who was only written to help the main character very awkwardly at the end of this book. Telling and showing are two very different things, and when you put such an emphasis on telling, while never showing, it makes for a really horrible reading experience. Bringing up how whitewashed media is constantly is just going to make your whitewashed book more obvious.

Overall, this just wasn’t for me. I should have known by the 100th Tom Hanks metaphor by page 50 to just DNF this, but I didn’t. There are so many other amazing romcoms out there, many of which are also being published through Berkley. I just really wouldn’t waste your time on this one, unless you like hurtful main characters, who think they deserve the world, and Tom Hanks movies getting brought up every page.

Content and Trigger Warnings for loss of a loved one and talk of cheating in the past (not MCs).

11 thoughts on “Waiting for Tom Hanks by Kerry Winfrey”