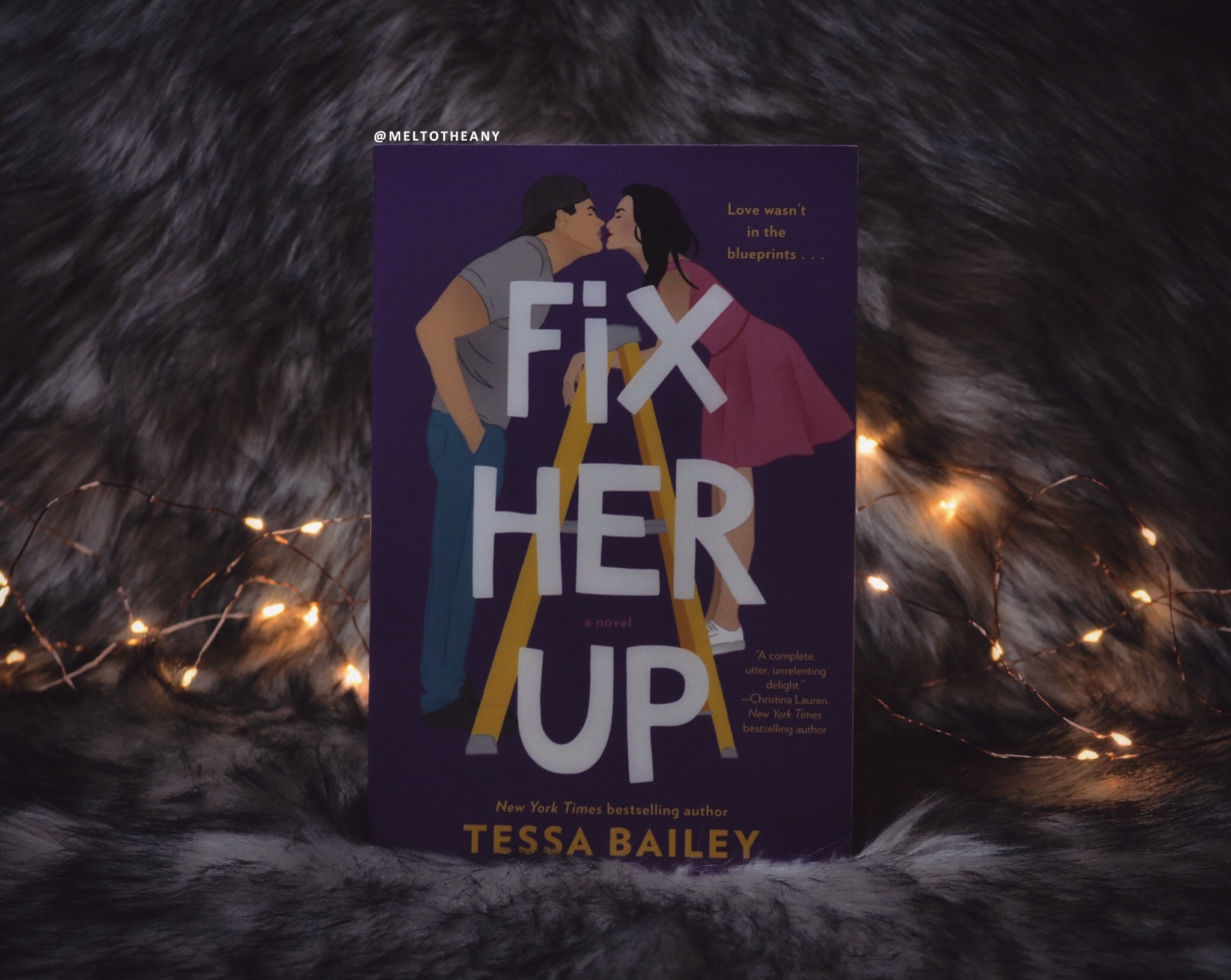 “Dammit, Georgie. You had to be exactly what I need, didn’t you?”

Best romance of 2019? Probably. Holy shit, friends, Fix Her Up blew me and every expectation I had out of the water. I will say, don’t let the *cute* cover fool you, this book has many explicit sex scenes, but it was some of the best sex, and best dirty talk, I’ve ever read in my entire life. BRB, buying everything Tessa Bailey has ever written.

But this is a story about two people who grew up in the same small town together. But when one comes back five years later, they both realize that maybe they can build a happier future with help from the other one.

➽ Georgette Castle – 23, An actual clown for children’s birthday parties, and the baby of her family, and they always let her know it by never taking her seriously, no matter what she does.

➽ Travis Ford – 28, Newly retired professional baseball player, because of an injury. But now he is very much struggling to be more than just a baseball player, especially after moving back to his hometown.

Both Georgie and Travis want to be taken more seriously, and they want to be more than the expectations that are already placed upon them. So they strike up a friendship agreement, that starts off with a few meals, some cleaning, and a fireplace, but eventually becomes a full on fake-dating element so they can change what people think of them. Travis wants desperately to look more wholesome to the press so that he can get a job he wants, and Georgie wants people to see her as more than a innocent comic-relief.

And obviously sex has to be completely off-limits, especially since Georgie is a virgin. Which is something that they both start to find difficult, yet Travis starts to realize that he might not want to be a steppingstone for Georgie. Meanwhile, Georgie knows that she wants things in life that Travis doesn’t want to give her. And, Lord, the angst is real, but it’s perfect, and I was living my best life watching these two also figure out how to deal with their attraction.

Also, another reason this book means a lot to me is because of the story as to why I picked it up. Basically, me and three of my best friends have a group chat that we constantly talk in throughout the day, and Chelsea set that group chat on fire describing the first sexual encounter in this book. So immediately, me, and Jane, and Madalyn all went and bought the audiobook. And we all listened together, updating swooning constantly, at our very different workplaces, and I will remember and cherish that experience forever. Fuck, my friends are the best, truly.

Overall, this book was just perfect in my eyes, and I completely expect it to make my best of 2019 list come December. The dirty talk was 11/10, the actual sex scenes were 11/10, and this was maybe the best fake dating setting I’ve ever read in my life. I am now obsessed with Tessa Bailey, and I feel so blessed that I am able to read her entire backlist now.

Content and trigger warnings for abandonment and an emotionally abusive parent.