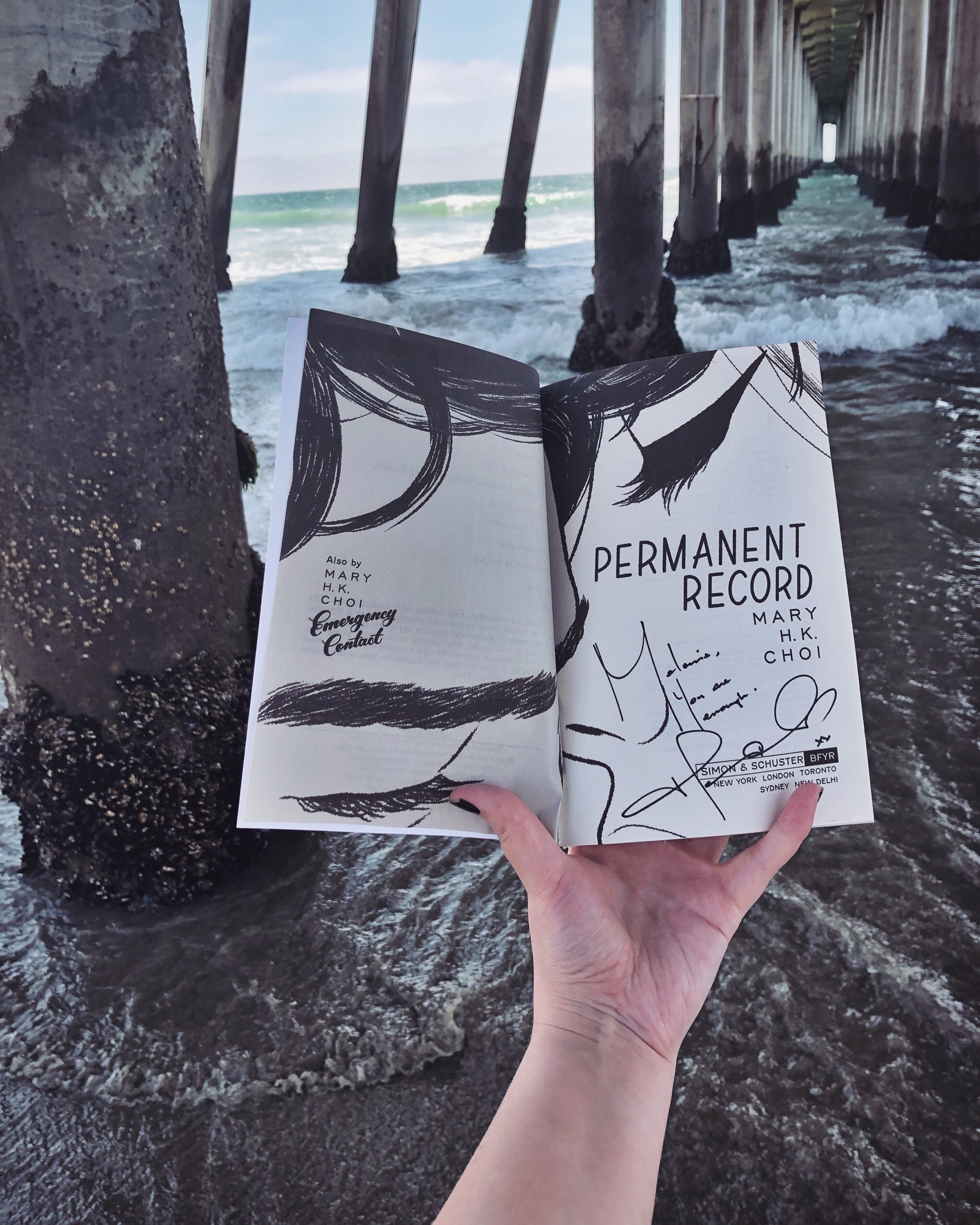 ARC acquired at Book Expo in exchange for an honest review.

“Trying to get better at the thing you want to be the best at is humiliating.”

This is a book that borderlines on Young Adult and New Adult, about two characters who find each other while they are at the crossroads of trying to find themselves, too. They have very different backgrounds, and very different current living situations, but they both bond over the unknown and the bursts of happiness that they feel while communicating with each other.

➽ Pablo Neruda Rind – biracial (Korean and Pakistani), 20, working at a bodega in NYC, was an actual meme and now has a little bit of Instagram success because of it, and is thinking about going back to college after dropping out with a large sum of debt following him.

➽ Leanna Smart – biracial (Mexican and white), 22, childhood star now pop singer, and trying to be happy with the content she is putting out in the world.

And one very late night, while Pablo is working in the bodega, Leanna comes in and their lives change. They are both searching for happiness, in very different ways and very different forms of outlets, but they start to think that maybe they can also find happiness together.

And Mary HK Choi delivers a story that is so beautifully written, so heartfelt, so very real, that I won’t forget it, ever. Some of the themes and discussions in this book are so important and I truly think this story is going to change lives. I feel like I normally only read one book a year that changes my life, and I think that this year’s is without a doubt Permanent Record.

Seeing Pablo question what he wants for his life, while also entering into depression because of this overwhelming debt he has accumulated because of doubt and uncertainty is something that I’ve never read about before. Never has a book really forced me to understand that Americans truly expect seventeen-year-olds and eighteen-year-olds to make choices that will impact them financially (and so many other ways) for the rest of their lives. Graduating college with 100k debt is the reality that so many people in their young twenties have, but so many also have that debt without a degree as well. It’s heartbreaking, truly, that we put this pressure on young adults and that we expect them to know how they want to spend their lives at such a young age, while also feeling that weight from society, from schools, and from their families.

“God, this country. It’s so predatory.”

I think Pablo and his situation is such a reality for so many. Finding happiness, and determination, and inspiration… it can be so very hard. And Pablo, much like many of us, is someone who doesn’t make it easy. This book, in my eyes, is also a love letter to depression awareness and how depression can come in many forms unknowingly. Pablo’s life and struggle, both academically and with his loved ones, was something so very raw, and I was so easily able to connect with, and I think many others will feel like that too. Because sometimes the weight of other peoples’ expectations can be so very heavy.

“Life isn’t a destination. It’s the continual practice of things that make you wiser and happier.”

This is ownvoices for the Korean representation, but I just want to touch on how I really loved seeing Leanna and Pablo talk about them both being biracial. It was so important and meaningful for me to see characters talk about how they are both of their races, instead of half and half. This seems like such a simple concept, something that should be easy for me to say, “hello, my name is Melanie and I’m Filipino” but it is something that I really struggle with, and I always want to break my racial identity of being Filipino and white up in percentages as a kneejerk reaction when talking about myself. And this small conversation between Pablo and Leanna just really meant so very much to me, and really hit me extremely hard. Also, just seeing Pablo having a tough time not feeling as connected to parts of his identity was really important and moving, too.

And, like always, seeing an older sibling help take care of their younger brother is something that will always resonate with me and inside my heart. Pab’s entire family dynamic really was perfection actually, because I feel like in literature, we either get really horrible parents or really perfect parents; we never really get the messy in between, where parents are supportive and loving but have a hard time showing their love and support.

Overall, I just really loved this book and it means so very much to me. The messages in this book really are life changing and I truly wish I could put this book in everyone’s hands. I feel like, much like Emergency Contact, this could be a polarizing book, but I also think it is a book that is going to touch and impact so many. I know a lot of people probably won’t love the ending, but I truly thought it was perfection and really made this book standout as a true masterpiece. And if you read through this whole review, I hope you know that I appreciate you, and that it is never too late to follow your dreams and find the happiness you deserve. Oh, also, be warned that the mention of all the snacks in this will make you extremely hungry. 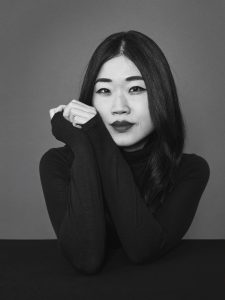 Mary H.K. Choi is a writer for The New York Times, GQ, Wired, and The Atlantic. She has written comics for Marvel and DC, as well as a collection of essays called Oh, Never Mind. Her debut novel Emergency Contact was a New York Times bestseller. She is the host of Hey, Cool Job!, a podcast about jobs and Hey, Cool Life!, a podcast about mental health and creativity. Mary grew up in Hong Kong and Texas and now lives in New York. Follow her on Twitter @ChoitotheWorld.

September 13th – Mel to the Any