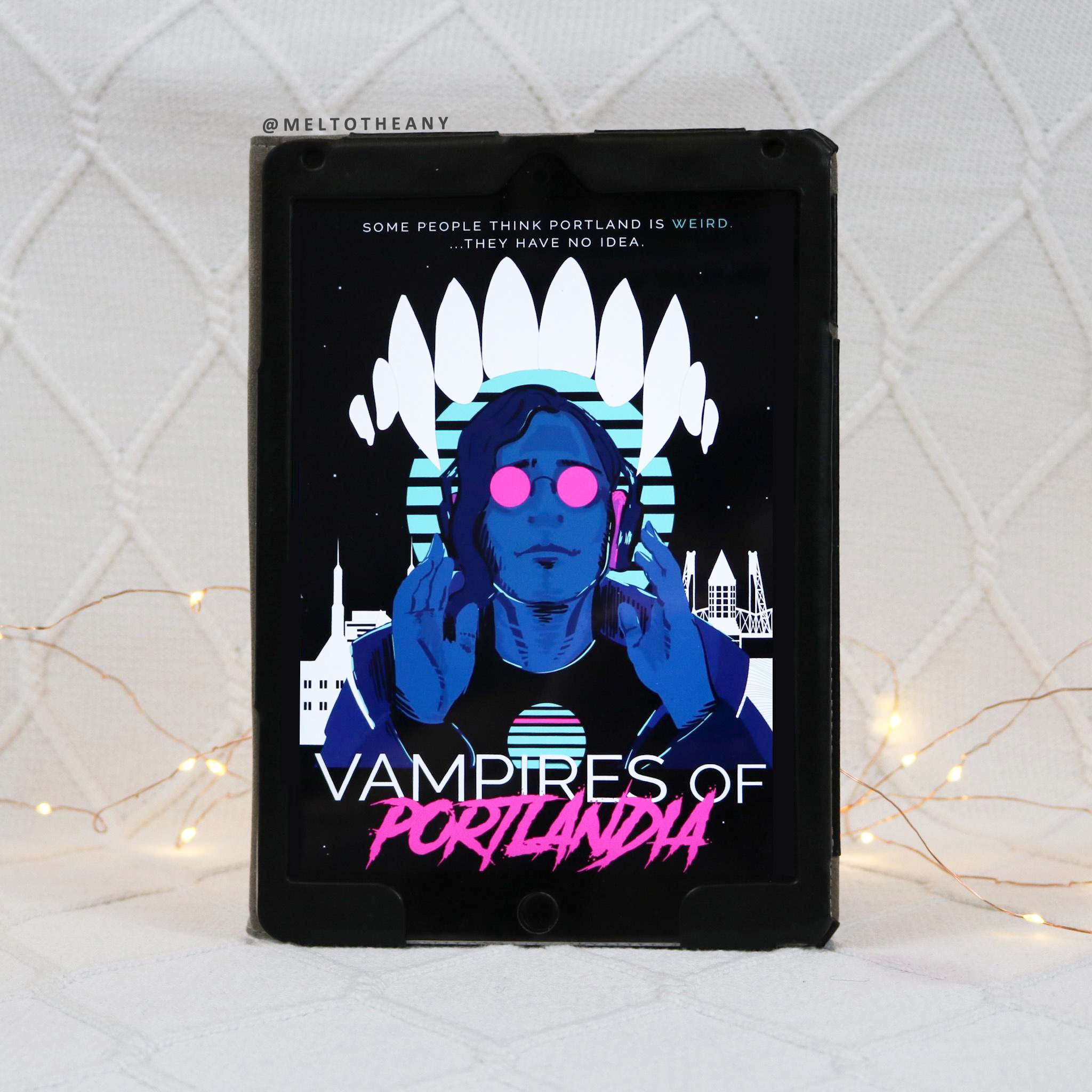 Vampires of Portlandia is an ownvoices Filipino story about a young adult named Percival who is soon going to be in charge of taking care of his family, while also becoming the leader of what is left of the Filipino vampires! Right now, it is only him, his lola, his younger brother Roger, and their even younger twin siblings and they all fled the Philippines to hopefully have a safer life where they can live in hiding without anyone knowing what they are. But that becomes harder and harder when murders are happening more and more frequently, and it becomes easier and easier to tell that these acts are not being committed by mere humans.

We also get to see the Philippines in the past too, where in this story people are scared of children carrying a chromosome that spreads this disease. This very much impacted the poor during this time of panic and because of this, and the dire and sad means to control it, there are not many aswang vampires. This story also talks about Filipino politics from the past that mirror a world we live in today, where men of god wouldn’t mislead their country and their people, right? (And I’m always here for a story with a Manny Pacquiao manananggal joke, because valid.) But this past story laced throughout is how we get to learn about how Percival’s lola, Leones, is forced to leave the Philippines and becomes the leader of the vampires. And seeing her life and history is so important to understand what Percival is going to face while carrying this legacy. Especially when a civil war starts breaking out between the aswangs in Portland because of these murders.

Aswang generally means “Filipino monsters” and there are a vast different array of creatures that can fall under that word! But in this book we get to see five different types of aswang all coexisting in the same city, but trying to remain hidden. Vampires, werebeasts, ghouls, witches, and viscera. But we also get to see another kind of creature and let me just say there are few things scarier than the manananggal. This take for sure depicts them spooky, but I grew up hearing much darker tales that still give me goosebumps until this day. Hands down one of the scariest parts of Filipino mythos, and for sure one of my favorites ever. And with my full chest I am here to say that western vampires could never.

My favorite aspects of the story were the Filipino values and culture always at the heart of the story. Family means so much to Filipinos and the story always shines a bright light on that and what it means to respect your family members and being willing to do whatever it takes to help them and care for them and love them. Responsibility is also a big part of this story and something that very much also resonated with me because I am the oldest sibling (and cousin) of my Filipino family! I also really liked the depiction of grief in this story and how it can take so many forms. And how the weight of grief can feel so very heavy to carry, especially when you’re trying to carry it alone.

Overall, I really enjoyed this story and it made my heart very warm to read it and give it a 3.5 star rating! Also, it made my tummy hungry for chicken adobo, pancit (my personal #1 comfort food), lumpias, and just miss home a lot. Oh, and I also really enjoyed the queer brewing side relationship in this book too! My only real complaint is that I felt like the pacing was a bit wild at times (like for the main romantic relationship and ending) and it made the events feel like whiplash at times! Also, there is a lot (and I mean a lot) of talk about the homeless and drug users in this story because they are the victims in this book and it just felt very repetitive and very bad, even when it was the villains doing it. But I still enjoyed this one and I feel very honored to have read and reviewed it!

Trigger and Content Warnings: murder, death, loss of a loved one, grief, blood depictions, and some very sus sentences about homeless people (even in a negative light).

Jason Tanamor is the critically acclaimed author of the novels “Anonymous” and “Drama Dolls.” His new novel “Vampires of Portlandia” is a NA urban fantasy about Filipino folklore – aswang. His writings have appeared in more than 250 publications. He’s interviewed personalities such as Billy Corgan (Smashing Pumpkins), Pete Rose, and Dane Cook, and has covered U.S. President Barack Obama. Tanamor currently lives and works in the Portland, Oregon area.

13 thoughts on “Vampires of Portlandia by Jason Tanamor | Blog Tour”