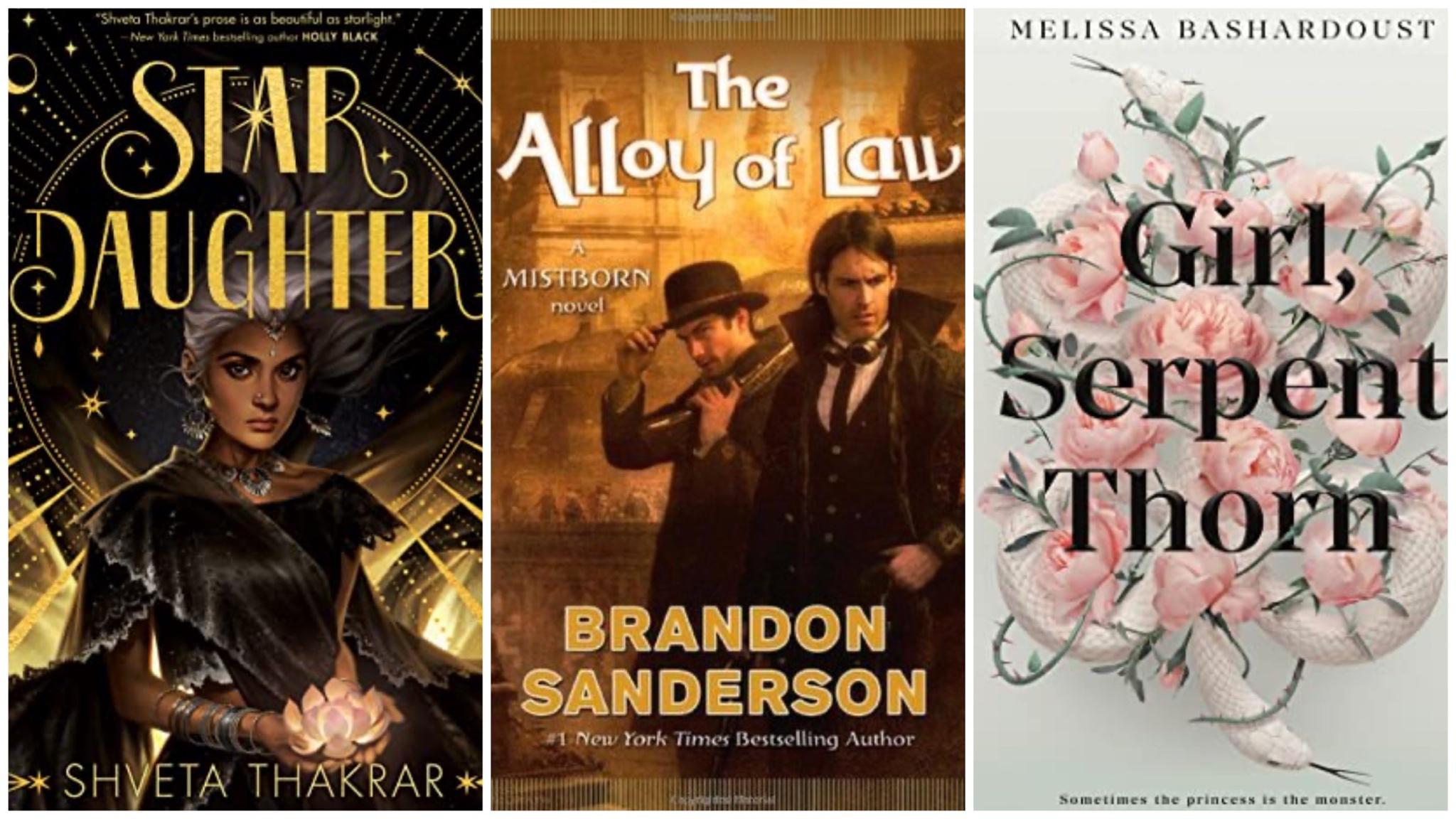 Reviews you should check out: Fanna’s, Anandi’s, Sara’s

Star Daughter is a beautiful story about a girl who is half human and half star, and she must go to the celestial court to try to save her father after he has fallen ill. And before she knows it, she is taking part in a magical competition that she must win!

This is also a story about art and all the different forms, and how sometimes music can be healing. Yet also about how much is taken from other cultures under the disguise of the word “muse”. This is such a beautiful story that is ownvoices for the Indian representation and the Hindu mythology, and I truly think it’s a bright and shining star *wink* in 2020 debuts!

If you’re looking for a story with some magic, some romance, some identity discovery, connections through our ancestors, beautiful and lush settings, mouthwatering food descriptions, and a whole lot of love on every page, I’d really recommend Star Daughter!

✨ The Alloy of Law (Mistborn, #4) by Brandon Sanderson

Oh, I loved finally experiencing this next era of the mistborn world, especially in a city called Elendale (be still, my heart)! Yet, I was not expecting this book to start out with a very tragic murder plotline where the bodies are arranged in a very specific pose, and for the actual story to be taking place five years later where Wax is very much still grieving that night. And when the kidnappings start happening again, especially when these people being kidnapped are from mistborn family lines.

I also really love how mistborns are no longer a thing in this new day and age! At most people can have one alomatic ability and one feruchemic ability (twinborns)! And our main characters have some really cool and fun powers with these two abilities:

Overall, I really enjoyed this first installment in a very beloved universe! And I can’t wait to continue on! Also, I will forever be the biggest fangirl of a certain brother who is destined to continue his brother’s work. Okay, brb, crying.

“She had read enough stories to know that the princess and the monster were never the same.”

Oh, I wanted to love this one so very badly! Sadly, most of the characters just felt so insufferable and their actions felt so convenient and questionable. This is ownvoices for the Persian mythos, and does star a bi MC (the author is queer, but I’m not sure what they ID as!) But this is a story about a princess who is cursed with a poisonous touch, and because of that she is constantly alone and locked away by her family because they don’t want anyone to know and she doesn’t want to hurt anyone on accident! That is, until she meets a boy named Azad who not only finds out but is not scared of her or her touch! You know, until bad things happen and her, her family, and her entire kingdom is in grave danger!

Now, this is where the insufferable MC comes in, because Soraya truly just makes the most questionable of choices, while the other characters just magically choose to believe her for progression of the story. Meanwhile, a demon girl named Pavenah is everything and I loved her with the sum of my being!

This had a lot of potential, and I liked the talk on power dynamics and imbalances a lot, but the story just never made me feel like there were any risks because they always conveniently worked out over and over again. Truly, even the villains in this book were the most trustworthy for no reason. Yet, I will say that I am very much in the minority with my feelings on this book, so maybe check out some other reviews! Also, I never want to read about convenient secret passages again either!