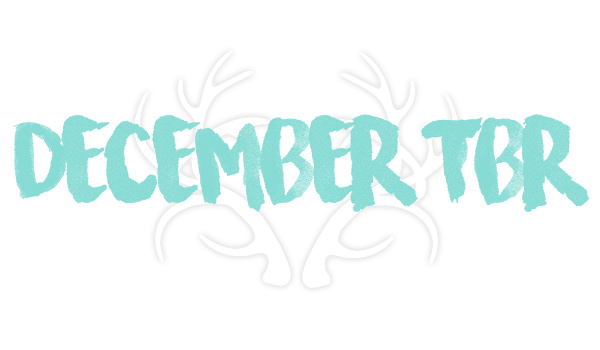 Happy December 1st, my loves! I can’t believe 2017 is almost at a close, but I hope we all find some new favorites before the year is out! Also, a lot of my TBR is based off the Yule Bingo challenges, which is a readathon that a couple of my best friends have created and that I decided to participate in! How we are in the last month of 2017, I have no idea, but here is what I hope and plan to get to before 2017 ends! 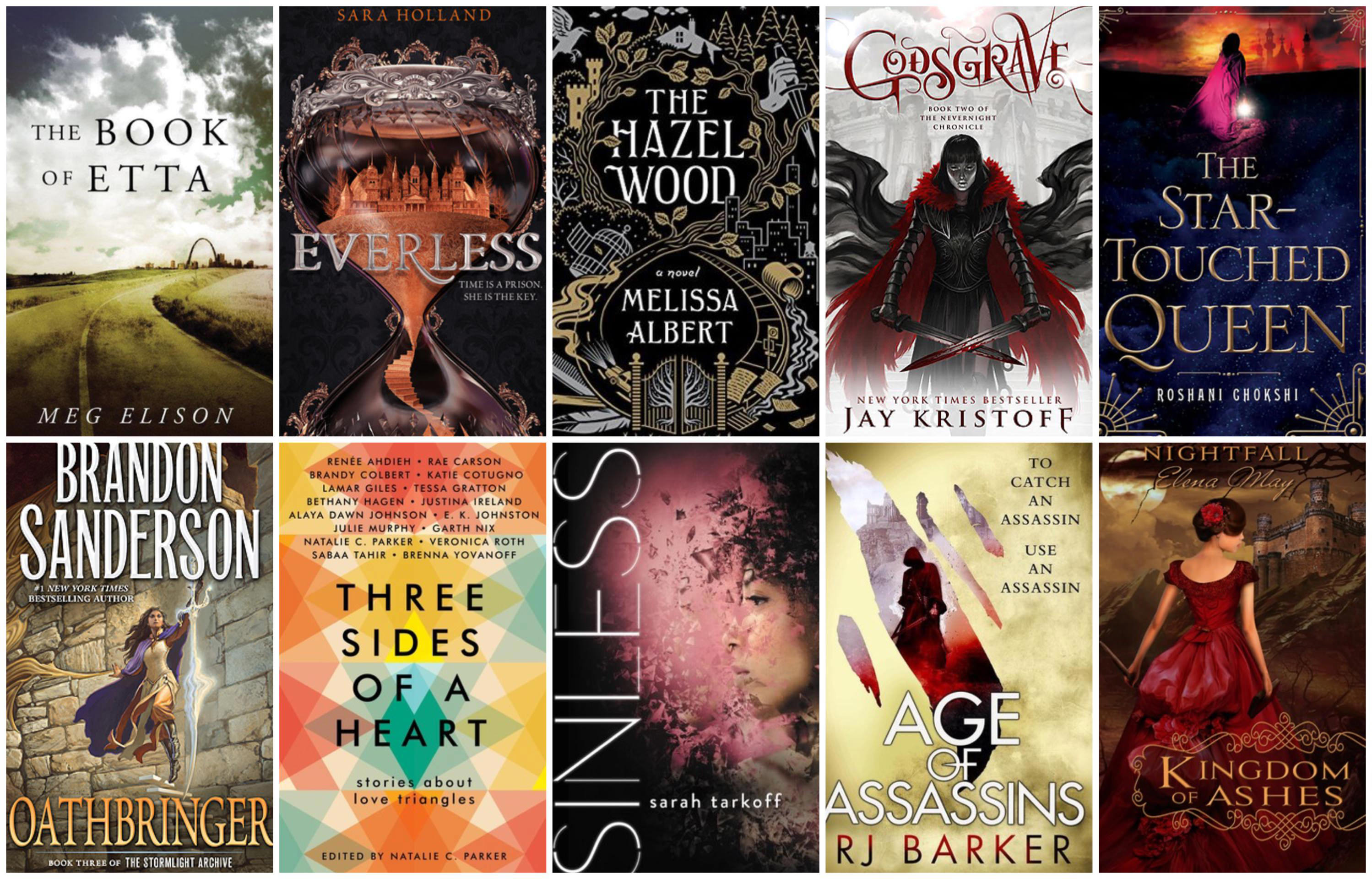 ➽ The Book of Etta (The Road to Nowhere, #2) by Meg Elison:
This is one of the five books that I have to read before the end of 2017! The Book of the Unnamed Midwife was my favorite read of 2016, so I have such high hopes for the sequel. But this will be a very dark read, and I hope I will be in the right mindset for it.

➽ Everless (Untitled #1) by Sara Holland:
This is an ARC I have that will be published on January 2nd, 2018 by HarperTeen! I don’t know much about this one, other than the fact that people exchange blood for time to live. And a servant girl discovers secrets and rises in the ranks quickly! But, I mean, that sounds pretty intriguing! And I’m buddy reading this with the beautiful Destiny! ❤

➽ The Hazel Wood by Melissa Albert:
This is also an ARC I have that will be published on January 30th, 2018 by Flatiron Books! This is one of my most anticipated 2018 releases, so I’m very excited to finally dig into this. Alice is a girl that has grown up with fairy tales told by her grandmother, but once Alice’s mother is kidnapped, Alice starts to realize that maybe her Grandmother’s stories weren’t fairy tales after all! And this is a buddy read with Jenn and Destiny! ❤

➽ Godsgrave (The Nevernight Chronicle, #2) by Jay Kristoff:
This is also one of the five books that I have to read before the end of 2017! And give me all the f/f assassin novels, please. Also, I fell so fast and deeply in love with Nevernight, that I expect to do the same or more so with this one, too! Also, this is another amazing buddy read with Jules! ❤

➽ Oathbringer (The Stormlight Archive, #3) by Brandon Sanderson:
I believe with my whole heart that this will make my best of 2017 list, so I really have to buckle down and force myself to read and review this budding masterpiece!

➽ Three Sides of a Heart: Stories about Love Triangles edited by Natalie C. Parker:
This is an ARC I have that will be published on December 19th, 2017 by HarperCollins! And, please, give me all the anthologies at this point in my life! And this one is all about love triangles! I mean, how much more “Melanie” could this get? The only thing they could do is add a fae story about a queer, book lovin’ girl and I’d be in bookish heaven.

➽ Sinless (Eye of the Beholder #1) by Sarah Tarkoff:
This is also an ARC I have that will be published on January 9th, 2018 by Harper Voyager! I’m a little nervous about this one, because it has to do with good people being awarded with beauty and others being forced to deal with disfigurement and things like that. But I’m hoping it isn’t offensive, and it looks like there is a PoC MC on the cover! Plus, this story has to do with Clerics, and that’s my ultimate favorite D&D class, so hopefully this wows me!

➽ Age of Assassins (The Wounded Kingdom #1) by R.J. Barker:
This too is one of the five books that I have to read before the end of 2017! Okay, I received an ARC of this right before the release date, so there was no way for me to fit it into my TBR and now it just keeps getting put on the back burner for newer release ARCs! But I think this is going to be an amazing fantasy debut, that stars a disabled MC assassin!

➽ Kingdom of Ashes (Nightfall #1) by Elena May:
This author wrote to me early this fall, and was such a sweetheart! Then she sent me a copy of her book and some European goodies! I want to read and review this so badly before the end of 2017!

And beyond all else, I hope you guys are having a wonderful holiday season! I can’t believe this is my last TBR for 2017, but here we are! I also hope we all have an amazing December, filled with good books, because with the way 2017 went, we can all use a little more joy in our lives! Happy reading, lovelies! ❄⛄

Happy Monday, everyone! I hope you all had an amazing day! Okay, so on top of my November TBR and all of the things I’m planning to read in December, I wanted to make a list of the top five books I want to read and review before the year is over. I picked these five, because I truly believe with my whole heart that they have the potential to make my “best of 2017” list at the end of the year.

You guys for sure should let me know if you’ve read any of these, or if you just feel like I should read one of these before the others! Seriously, feedback on reading order would be much appreciated! And without further ado, here are the five books I have to read before the end of 2017: 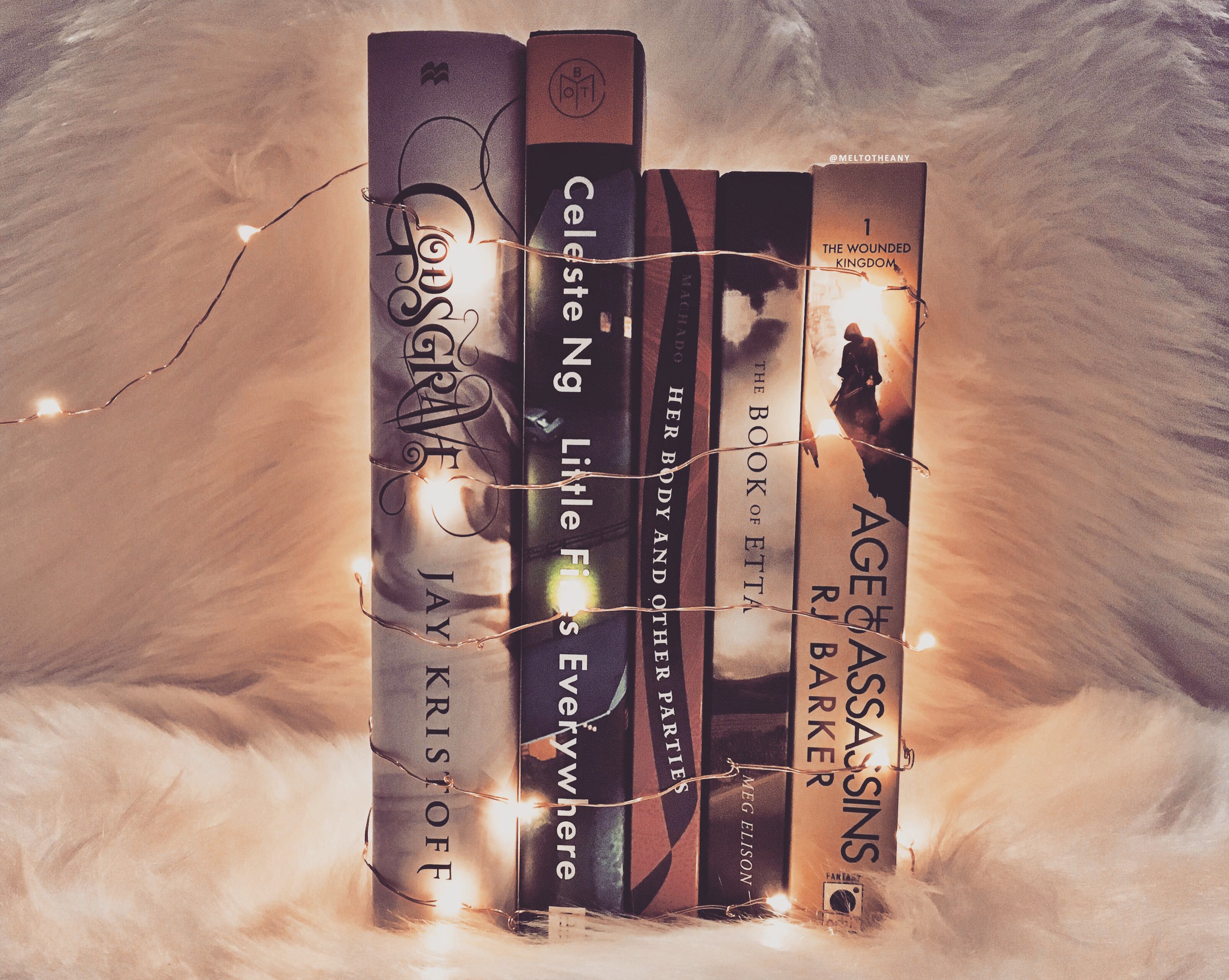 ➽ The Book of Etta (The Road to Nowhere, #2) by Meg Elison:
The Book of the Unnamed Midwife was my absolute favorite book of 2016. This is just such a hard-hitting mirror of our society, but I haven’t felt like I’m in the right headspace thanks to the garbage fire that is 2017.

➽ Age of Assassins (The Wounded Kingdom #1) by R.J. Barker:
I’m 99% sure that I’m going to bloody love this! I just received my ARC kind of on the late side, and since I wasn’t able to review it upon release I just let it fall to the wayside. But this is a high fantasy debut that features a disabled MC and I know I’m going to love it.

➽ Her Body and Other Parties by Carmen Maria Machado:
I totally know how privileged and blessed I am with all of the ARCs I receive, but the reason I didn’t immediately buy and read this one was because the publicist said I was going to be receiving a finished copy in the mail upon publication to review. Well, it’s been well over a month now, so I just decided to purchase it myself because I knew I couldn’t not read this after being completely mesmerized by The Husband Stitch, my favorite short story of all time which is also featured in this collection.

➽ Little Fires Everywhere by Celeste Ng:
This I just know is going to be perfection. Celeste Ng’s sophomore novel and I know it’s just going to end up changing my life. So many people that I love and trust have hailed this book as their favorite book of 2017, and I feel like I won’t feel too differently. Also, I subscribed to Book of the Month just for this book!

➽ Godsgrave (The Nevernight Chronicle, #2) by Jay Kristoff:
I recently read and completely loved Nevernight, and it felt like an adult, dark version of Harry Potter to me. Plus, all I truly want in this life is to read all the fantasy stories about queer assassins! I truly believe this sequel could make my best of 2017 list.

What do you guys think I should read first? I mean, I only have a month and a half left, while also trying to balance all my January ARCs! Thank you in advance for your input, I honestly love you all, and happy reading, lovelies!