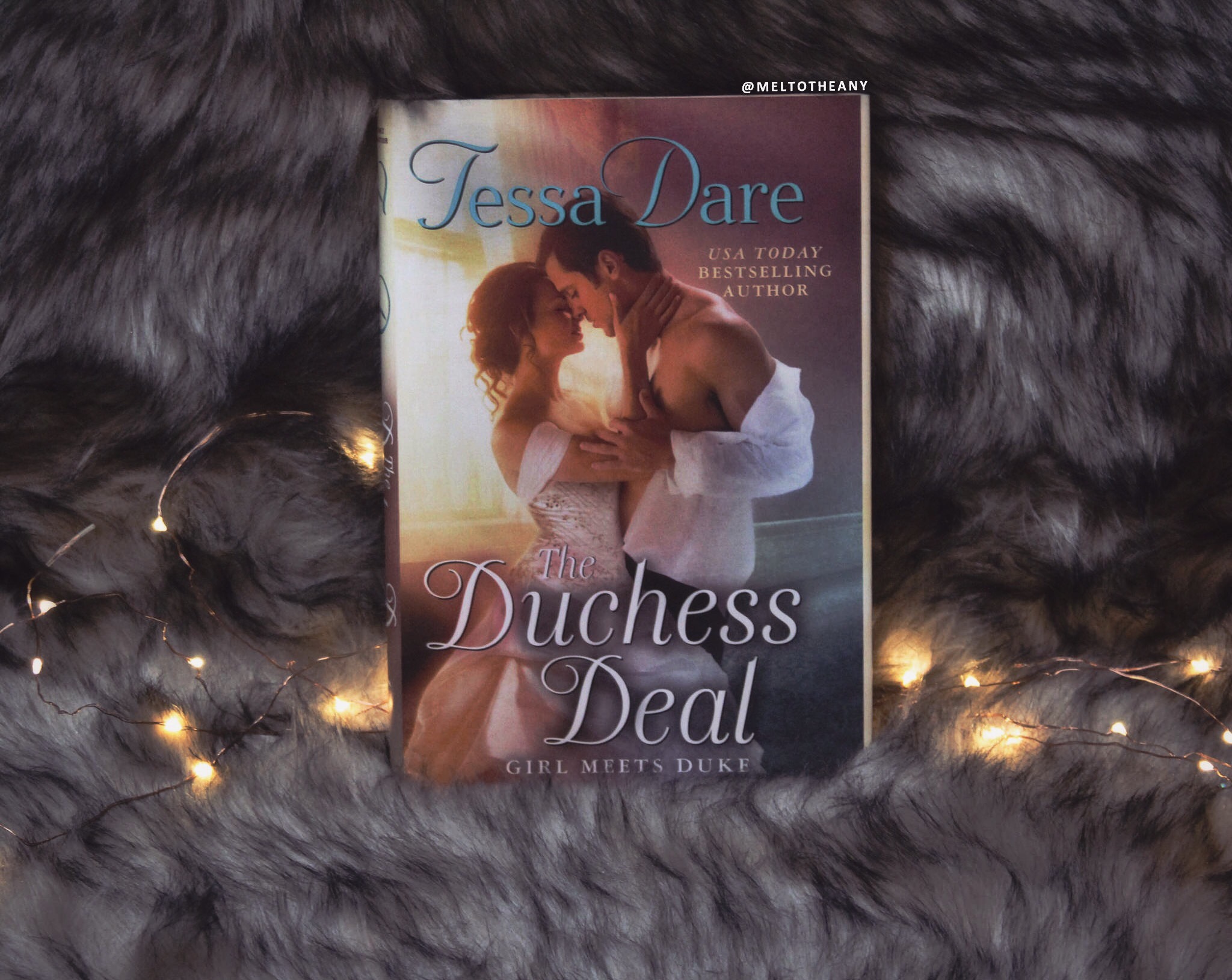 “Charming princes weren’t always what they seemed. Shining armor went out of fashion with the Crusades. And if fairy godmothers existed, hers was running several years late.”

Wow, The Duchess Deal single-handedly restored my faith in historical romances. Seriously, all of 2018 has been me being disappointed with every historical book I pick up, but this one? Friends, I was laughing out loud, I was clutching my pearls, I was melting into a puddle of goo on the ground. This book made me feel everything, and I can’t wait to read so much more by Tessa Dare in the new year!

➽ The Duke of Ashbury – After coming back from the war, most of his body is completely burned and scarred. It has taken him a long while to recover, but when he does his engagement is broken off from his betrothed. Now, Ash keeps himself mostly locked away on his estate, but he is in desperate need to sire a son.

➽ Emma Gladstone – Seamstress, who made the wedding dress for Ash’s fiancé. Yet, no one paid her once the wedding got canceled. But Emma has been living on her own, and is in desperate need of the money, so she marched right up to the Duke’s estate to ask for it.

“Your days will be yours to do whatever you wish.” His voice darkened. “Your nights, however, will belong to me.”

Yet, the Duke is not only willing to pay Emma for her dress, he is also willing to make her an offer that is very hard to refuse; he asks her to marry him and allow him to make her a Duchess, even though she has been on her own and doesn’t have a name that holds any power. But the marriage offer isn’t because of romance, but convenience. Ash will expect Emma to wed him in name only, but he will come to her every night to try to conceive a child, and once she is pregnant, he will give her a house of her own to raise his heir in. And Emma’s friend secretly needs a place to lie low for a few months, and Emma also realizes that this is an opportunity that could change her world forever.

I only really have two negative things to say. First being that Ash would jump to conclusions a little too much for me. Emma does every single thing to prove she is being sincere, and I get that because of what happened to him that it would be hard to believe, but my good dude was being pretty dumb at times. The only other thing, that completely doesn’t impact this review, is that the cover of this book is a little not cool. I do think Ash’s burns are mostly on one side of his body, but I still think that whoever picked this cover could have done better and given us some really cool representation.

“You’re here…In my heart. Somehow you crashed your way into it when I wasn’t looking. The same way you barged into my library, I suppose. But you’re here now, inside.”

Overall, this was just a treat to read. Every scene with the cat had me giggling out loud. The entire staff that Ash employs are the real MVPs and them just wanting him to be happy really warmed my heart. The banter in this book was perfection! I loved Emma so very much, and she was easily a main protagonist that I just wanted to protect at all costs. And this book was hella steamy. Like, unexpectedly steamy. But your girl was living for it. I can’t wait to continue on with this series and to devour much, much more by Tessa Dare!

Content and trigger warnings for abandonment, emotional abuse, talk of past war themes, and just for a main character that has very low self-esteem, who is constantly belittling himself.

Buddy read with Julie at Pages and Pens! ❤

And I read this for #smutathon, which is being hosted by Lainey and Riley! ❤ 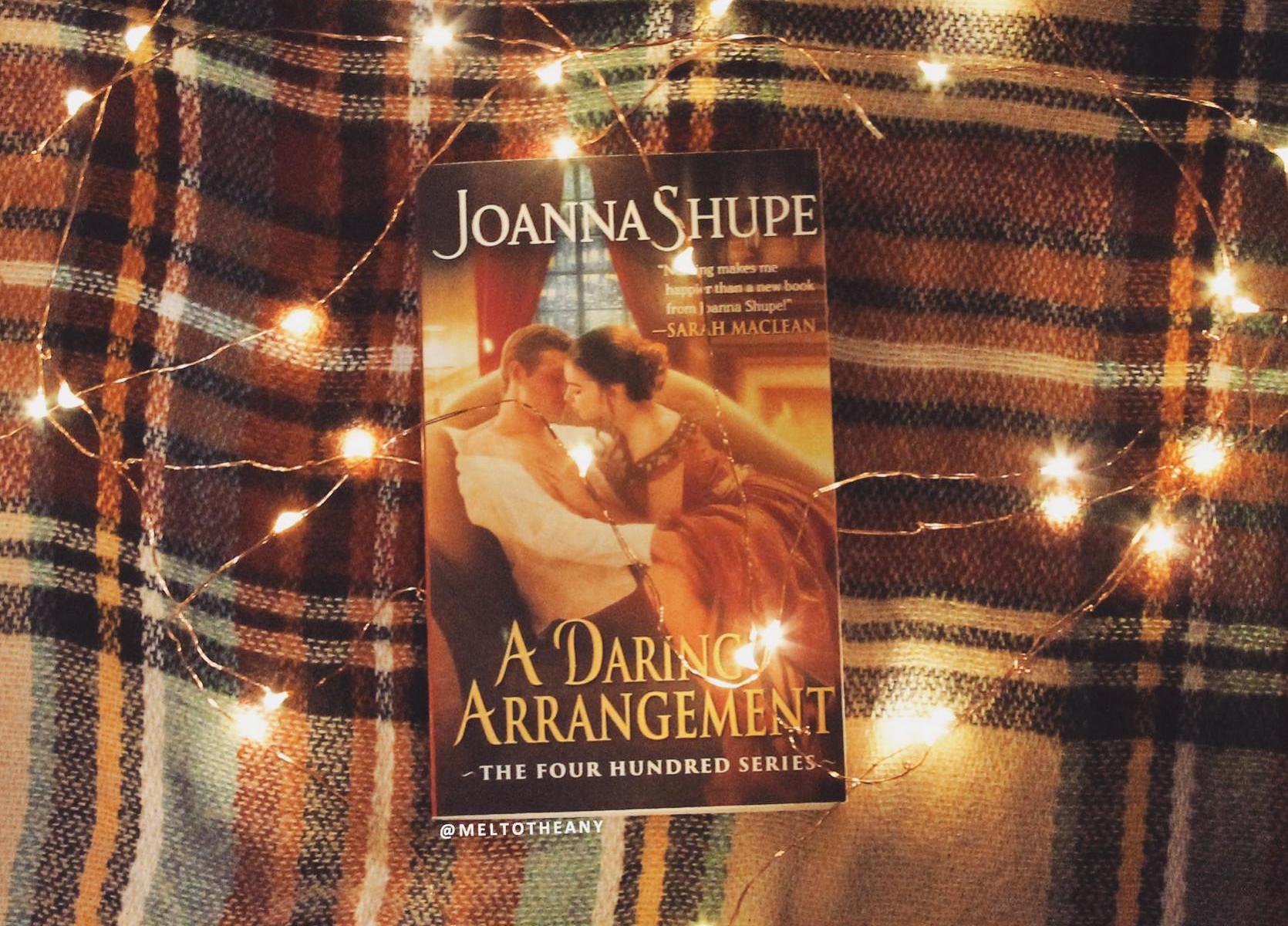