Snow in Love is a heartwarming holiday anthology that just came out at the end of 2018! This is a collection of four short stories, but I truly only recommend two of them. Seriously, this is a wild break down of two five star reads, and two one star reads. But I truly loved two and I hated two. Yet, I also truly believe the Kasie West and Nic Stone’s stories are so good that it would be worth it to pick up this collection, especially if you are in need of a little holiday cheer!

“I got you something…”

Holy shit, this was actual perfection for me. Again, I’ve never read anything by Kasie West before, but this was the most heartwarming holiday story I’ve read in a long time. Yes, it was a bit predictable, but I actually think that aspect sweetened the story and made it even more precious. And this story just had too many things that I personally love in literature; besides being adorable, it is a traveling story, with a snowed-in element, featuring a strong sibling relationship, with a scene in Vegas, and a hotel scene, that is all Christmas themed! Ah, friends, this story just makes me smile so big thinking about it! But the basic premise of this story is that a seventeen-year-old girl named Amalie is stuck in the Denver airport, while surprising her family for Christmas because she realized that studying abroad isn’t for her. But then she sees a familiar face from her old high school, who offers her a ride back home, even though it will take a few days. (Sawyer is high school boyfriend goals, by the way!) I loved this with my entire heart and soul and now I want to read everything by Kasie West!

➽ Working in A Winter Wonderland by Aimee Friedman – ★

“It was a freaking Hanukkah miracle.”

Oh my gosh, this was such a letdown, especially after that last short story. The only really good thing I can say about this is that the main character is Jewish and celebrates Hanukkah. Besides that, yikes. Basically, the main character, Maxine, wants to buy an expensive dress for her best friend’s party, and a guy who she has had a secret crush on since high school, tells her that his father’s department store has an opening. Little does she know, that opening is to be a Christmas Elf. But Maxine is just rude, and negative, and honestly insufferable. Which would be fine, but this is supposed to be a happy holiday feel good book and it just made it feel like a chore to get through. I really disliked this one.

Actually, this short story was the worst! How did this happen? What editor decided to put Kasie West’s story first? Maybe I’m just too damn old to be reading about superficial high schoolers? Maybe the Lord is truly testing me? This didn’t give me any holiday feelings at all. Plus, like… combs and hair are a lot different than motorcycles and family heirlooms. Reading about catty girls and high schoolers who think their significant other is their soulmate, while not respecting their wishes to not show PDA, is just not my idea of a good time. I hated every second of this story.

“Maybe this is exactly what Leigh needed: to get grounded. Literally and otherwise.”

I just want to stay in this happy bubble after reading this story forever. Holy perfection. Nic Stone blows me away with everything she writes, and this short story was no different. It is ownvoices, about two Black girls stuck in ATL airport. We follow Leigh, who is also Jewish, and who has just came out of a break up because she has finally realized that she is a lesbian, and she has known that she was attracted to girls since she was fourteen, when she was on a cruise with another girl who was a family friend. Well, that girl is also snowed-in at the airport, and they are texting and decided to play a game that is like a crossover between I Spy and Hide-and-Seek. This story is told mostly by text messages between Leigh and Harper, but also between Leigh and her best friend, Niecey, who is encouraging her on. But this sweet start to a sapphic romance? I was swooning so hard, so damn hard. And Nic Stone also seamlessly weaves in important themes and topics like systemic racism, and internalized racism. Friends, this was amazing, and I completely recommend it with my whole heart.

I know that these ratings are so polarizing and wild, but they are honest, like always. Maybe there is a way just to purchase the first and last stories of this collection? Because that would be the true holiday blessing! But I gave Snow in Love three stars overall, because out of a possible 20 stars (5 stars possible for each of the 4 stories) this collection accumulated 12 stars (60%)!

❤⛄ I read this for #TistheSeasonAThon! 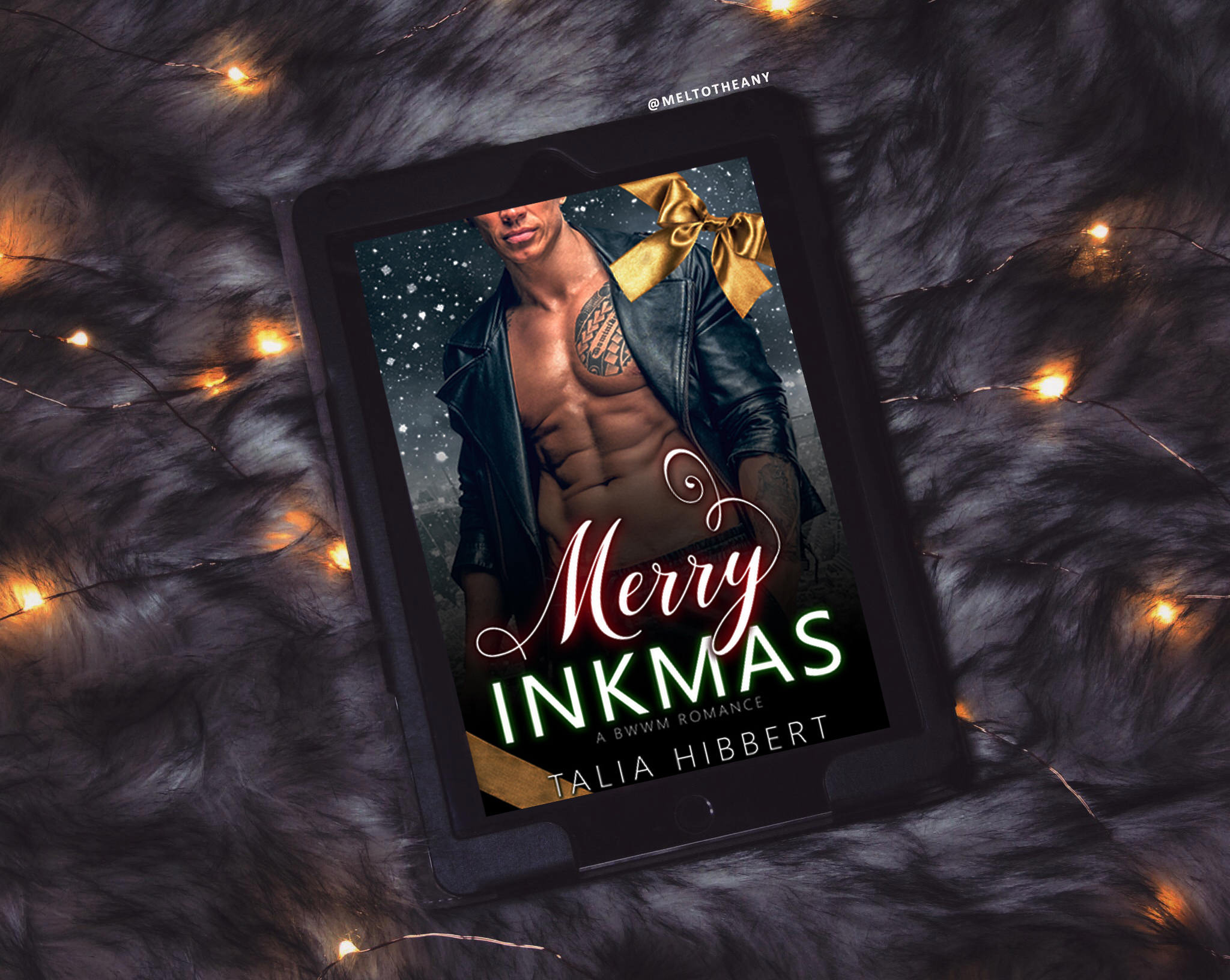 “…Princesses like no-strings sex just as much as the next girl.”

Oh, friends, please pick this one up for the holiday season! It was so heartwarming, so atmospheric, and brought me so much joy to read! I loved both protagonists, I loved the wintery setting, I loved the Christmas tattoo shop, and I completely recommend this one with my entire heart. And now I need to go and read everything by Talia Hibbert.

This is an ownvoices novel, starting a Black woman that is working as a barista in a coffee shop part-time while she goes to college. And she has a regular customer who makes her pretty weak in the knees with his flirting, even though nothing ever comes from it. That is, until one night, before closing, and Bailey’s friend John comes in, who is homeless and cold. She is trying to warm him up, when her boss comes out of the back and acts like a complete jerk, until the mystery man witnesses it all and takes action.

“Boring guys finish last,” she corrected, pushing the completed forms back to him. “Nice guys finish anywhere they want. Especially when they look like you.”

Cash is a white tattoo artist, who knows how needed a helping hand can be. He not only takes John under his wing, but also offers Bailey a new job at his tattoo shop. Even though they are completely drawn to each other. Bailey and Cash both haven’t had easy lives growing up, and they have such a realistic bond and attraction to each other, and it makes it completely impossible not to root for them. Especially when Cash invites Bailey to his mom’s for Christmas, since she would be all by herself. But Cash has a policy; he only will date a woman for ninety days before he calls it quits, because he refuses to truly ever let anyone in.

“Funny; he’d been a hell of a lot more charming when she was just serving him coffee.”

But the romance in this is seriously perfect. This book is only a tiny bit over two-hundred pages, but I think I was smiling, or crying, or smiling and crying on every single one. This book is funny, this book is swoon-worthy, and this book has so many important themes; from Cash and Bailey starting an interracial relationship, to Bailey also being plus sized, to it also staring a homeless, queer character, to showing that the terrible things that happen to us in the past do not have to dictate what we become in the future, to really celebrating abuse survivors (from physical abuse to neglect), this book is a damn gift to the world. I also think this story has a main character on the autism spectrum, but it doesn’t say the word(s) on page.

Overall, this was just a treat to read. And this epilogue? 11/10. This story was just so sex positive and steamy, so funny and so endearing, so enthralling and so un-put-downable. And Bailey is the female protagonist I’ve always wanted, she’s strong, and brave, and so empathetic! Ah, this book just had it all; I only wish it was longer! This is the best holiday romance I’ve ever read, and I hope you all pick this up this holiday season. 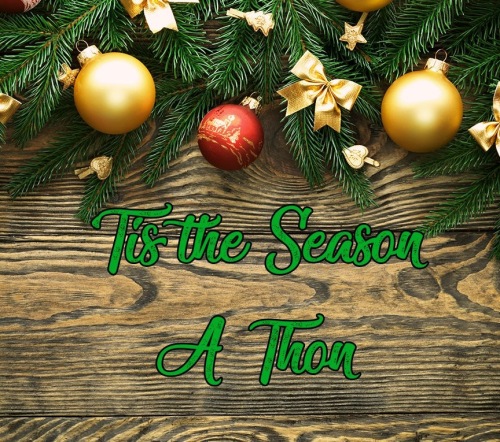 Hey, friends! I just wanted to write up a quick little post about a readathon that a few of my dear friends are hosting, and that I will be participating in, that starts tomorrow! 🎁

1. Read a book with red or green on the cover
2. Read a book while listening to holiday music
3. Read a book that will make you feel warm & fuzzy
4. Read a short book (250 pgs or less)
5. Read a holiday themed book 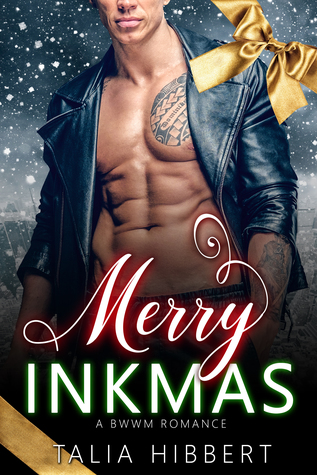 Snow in Love by Melissa de la Cruz, Nic Stone, Aimee Friedman, & Kasie West
✅ I will read with holiday music playing
✅ It is holiday themed
✅ It is the group book

Okay, friends! That’s all I’m *officially* reading, because I’m not sure how long it is going to take me to get through QoAaD! But I hope to read a few more things to get into the holiday spirit! But I hope you all participate in this readathon! And I think it is totally going to make me even more excited for the holiday season! Happy reading, loves! ⛄