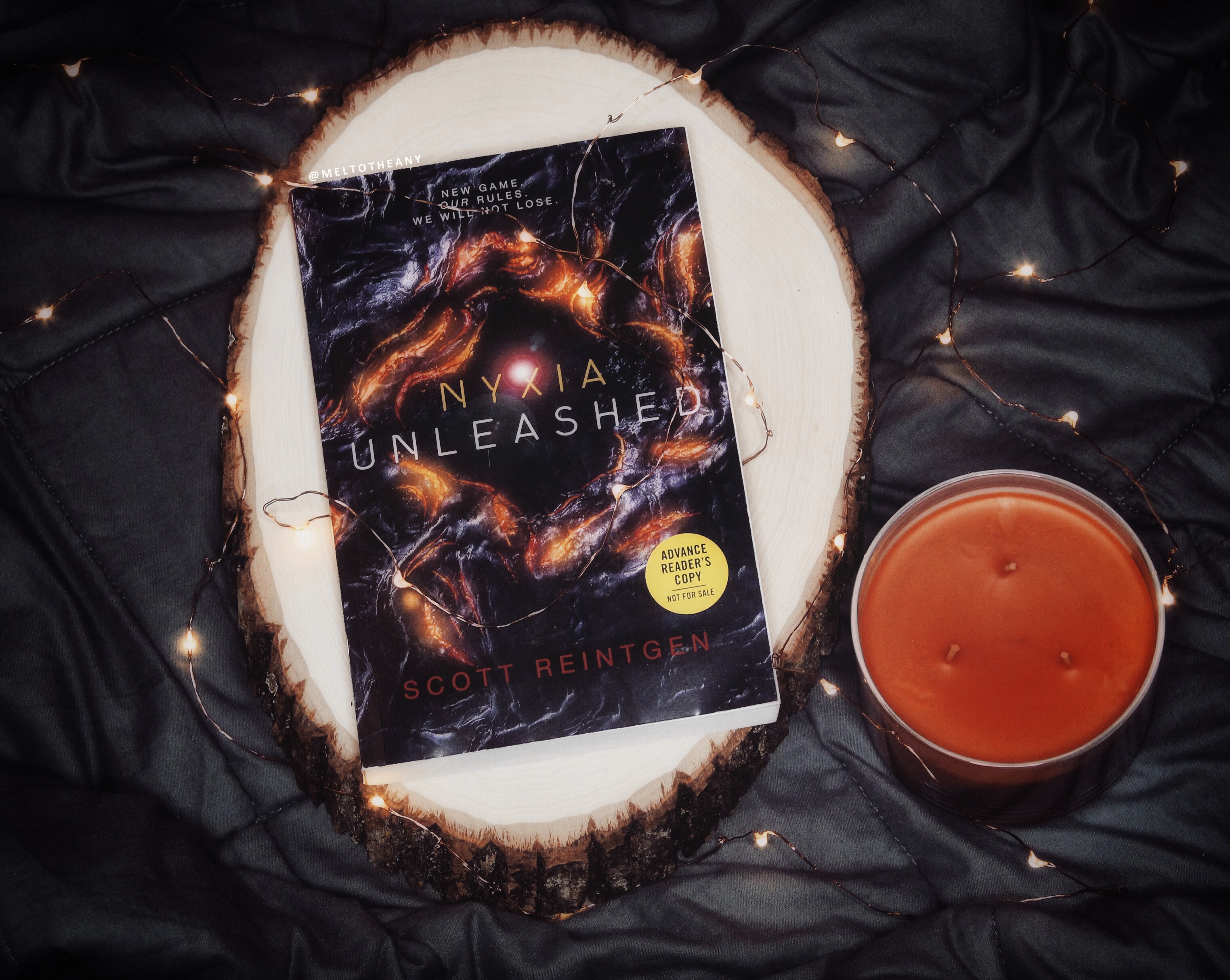 This is such an amazing YA Sci-Fi series that is so beautifully inclusive with some very important themes and discussions. The writing is amazing, I pulled around thirty quotes for this review alone. The characters have completely stolen my heart and soul, and they are a tier above most in all of literature. This series is amazing, and this second installment was everything that I wanted and more.

Nyxia Unleashed follows a crew of kids from all over the world that have been tested extensively during their journey to another planet. A company named Babel gave contracts to kids from needy homes, whether that be love, money, or even health care. Babel picked kids that they believed they could mold and shape into whatever they wanted, but Nyxia Unleashed shows that Babel might have completely underestimated the power of teens. And this book picks right back up after the final events in Nyxia, where they have landed on a brand new planet, Magnia.

“They made us into weapons. It will be their downfall.”

This series also has the best main protagonist in YA, I swear it. Emmett is a black boy from Detroit, who joined this space program because it was the only way his mother could get the medical treatment she needed. He constantly is filing stuff away mentally with a system his grandma taught him, and he is never embarrassed or shamed for showing emotion. Music also plays a big role in Emmett’s life, and it’s displayed so very beautifully. Emmett is just an amazing main character, and one that I’ve been searching for

Morning is my new favorite character of all-time, I swear. She is so strong, so powerful, so amazing of a leader. She’s a Latinx girl from Cali who has completely stolen my heart. She (and her doors) blew me away. Like, the fight scenes with Morning are legit some of the best fight scenes I’ve ever read in YA. And seeing her be so hard, and so soft, and so everything in between, is something I don’t even have words for.

And the romance in this book? Lord, I can’t. So perfect, so pure, so everything. It makes me want to scream “OTP forever” at the top of my lungs, off the rooftops. And the moments that these two share, whether its fighting back to back, comforting each other over past pain, or just cuddling and being there for one another. I love it all, and I ship Emmett and Morning so hard, it’s unreal.

Magnia is a planet that has two moons and, depending on the years, the planet changes not only names (Magnia and Glacius) but natural disasters and weather. The kids that landed are supposed to be mining Nyxia, a new super resource and is a substance that can create anything, and Babel has created a treaty with the indigenous people on Magnia, the Imago. Basically, their planet is slowly dying from lack of females, so they promise to allow these kids to mine so that they can instill hope back to a planet that no longer has children. Well, at least that’s what Babel is saying, and Magnia is agreeing to.

“It doesn’t surprise me that Babel’s out here playing the role of colonizer, slapping labels on the originals and pretending they created it all in the first place. It’s pretty standard procedure for folks like them.”

This book heavily talks about colonization, and how disgusting people can be, while also taking everything from natives of the land they are about to steal. Babel even made up a name to call the Imago people, which the crew doesn’t even realize until they get to know the indigenous people. And these kids all see, first hand, what this new planet and its inhabitants are like, and it’s not so much different than any of them. And the crew also see how Babel has something much larger than anyone else expect in store.

This story also puts a heavy emphasis on social hierarchy and systemic oppression and what that means for the individuals that the world will deem as lesser. How some people are just born into the right last name, with the right money, with the right looks, and with all the privileges that these things give.

“Is this how people talked about me when I lived in Detroit? Am I like the beggars? Don’t give me too much of a handout or I’ll be encouraged, I think darkly.”

But Nyxia is just such a gift of a series to the literary world. That crew I kept talking about above? I already said that Emmett is black, and Morning is Latinx, but the rest of the crew? So much beautiful diversity. This crew has queer (gay and/or bi) side characters, side characters wearing hijabs, a pregnant teen crew member, Asian crew members, and so much of the characters talking about their experiences outside of The United States. So many of these characters are all dealing with grief, trauma, PTSD, and abandonment. This book is on another level, I’m telling you all.

Trigger and content warnings for murder, death, gore, blood, violence, depiction of PTSD, abandonment, kidnapping, torture, animal death, talk of past outing, talk of past homophobia, genocide, colonization, loss of a loved one, loss of a friend, and war themes.

My favorite aspect of this book was the constant spotlight on found family and unconditional love, trust, and support. These kids, from all different backgrounds, upbringings, ethnicities, religions, come together and create this bond that is so believable and so amazing to read. Like, this book just feels so real, that I’m wondering if there is an organization like Babel out there and if these kids came together and (hopefully) really saved a world!

“I sit there long after she falls asleep, thinking about the family we’ve forged, not through blood, but through steel and chaos. I never asked for any of this. At the beginning, I fought hard against it. But now that they’re mine, now that I’m theirs, I’d do anything to keep them from being taken.”

Overall, I loved this. The wait for the third book is going to be so hard, but this second installment was everything I wanted and more. I mean, Scott Reintgen still ripped out my heart, but in the best way possible. This is easily my favorite YA Sci-Fi out there, and I hope you all give this series a try, because it’s so worth it.

You guys, I never win anything, but I actually won an ARC of this on a Twitter giveaway from Scott Reintgen himself!