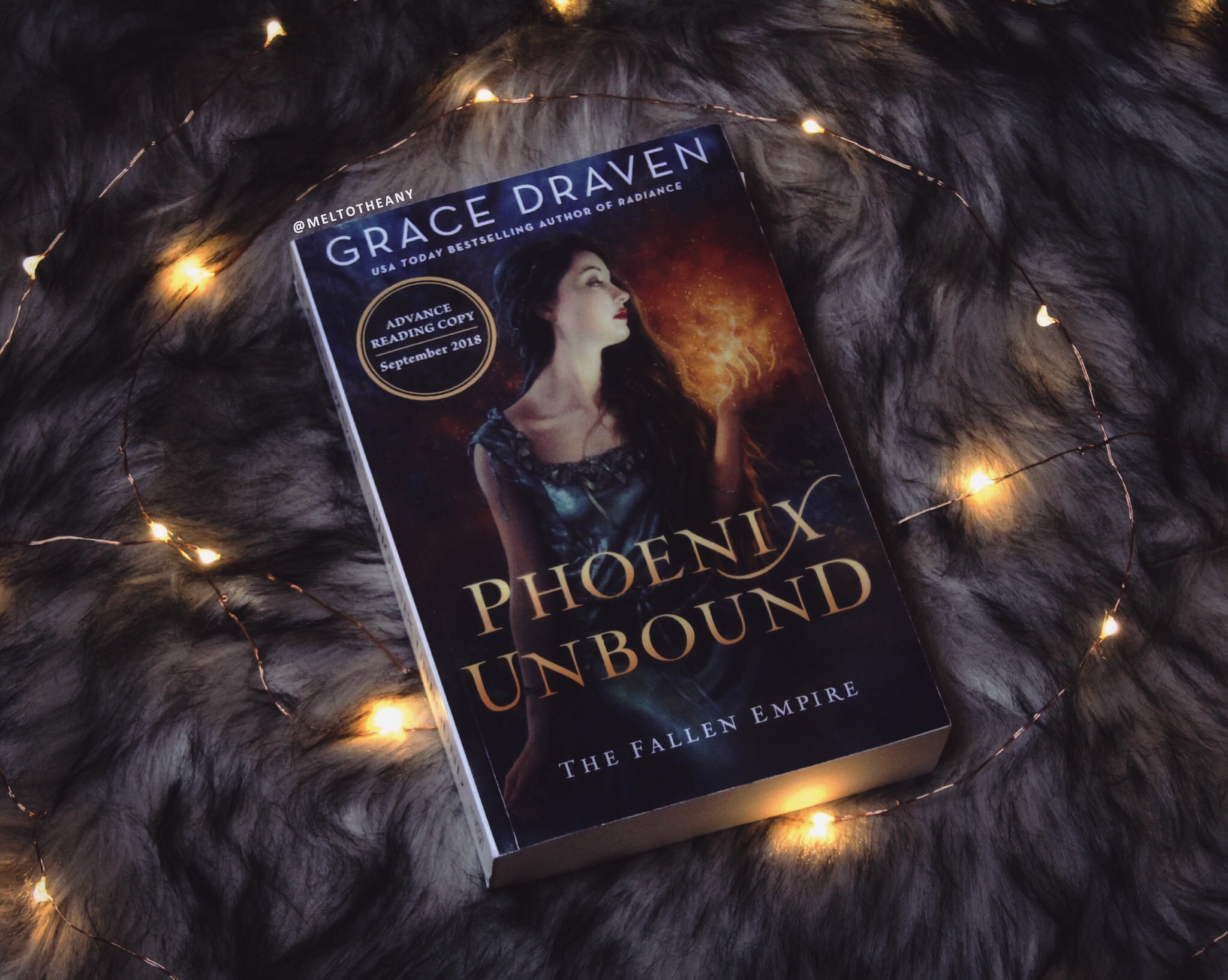 “Witch-fire the villagers named it. An ancient magic woven into the flesh and fabric of a single girl child born each generation in Beroe. No one knew from whence it originated or why only one woman from every generation in a small village inherited it, but the village elders had kept its secret close and had deceived the Empire for decades.”

When Berkley offered me this, I wasn’t sure what to expect. I knew the author wrote a book that many of my friends love, Radiance, but that’s honestly all I really knew. But friends, I was completely enthralled and captivated by this from page one. I never wanted to put this down, I fell so in love with the romance in this book, and this is one of my new favorite fantasy romances of all time. And I immediately added , Radiance to my TBR!

I will say that the world in this book is very dark, so please use caution while reading. Content and trigger warnings for rape (brief, but at the very start of the book), attempted rape, threats of rape, assault, slavery, captivity, death, murder, torture, gore, violence, sacrificial ritual, blood depiction, self-harm, misogynistic comments, sexual content and war themes.

“Be still. Be silent. Some lust for beauty, others for fear. Don’t show them yours.”

But in this world, every year the surrounding villages are forced to give the empire girls to be given to the gladiators for the night, to only be burned at a pyre come morning. And if a village refuses to give up a girl, they will be made an example of. The empire is the farthest thing from forgiving, and both our main characters witness this first hand.

➽ Gilene – Fire witch who has been the sacrificial girl for her village for the last four years, using her magic to disguises herself as a new girl. Even though she has to endure the torture of the night, she is able to walk free from the fire every year, without anyone noticing. Well, she didn’t think anyone could notice.

“Surely, he couldn’t recognize her. She’d returned to the capital time and again with a different face. Her skills with illusion were as refined as they were with fire. The slavers never knew they brought the same woman from Beroe to Kraelag year after year.”

➽ Azarion – The prime gladiator of the empire for the last ten years. He is a slave, and forced to fight in the arena, yet it also constantly gains him the attention of the Empress who does terrible things to him, in and out of her bed. Yet, when the girls to be sacrificed come in, and he has first pick, he sees a girl that he knows has been there before. And she might be his only chance at freedom.

And the two of their paths come together, and they are both harboring secrets that will change the outcome of the other’s world. Friends, I fell so hard and so fast for this romance. Let me for sure preface the rest of the review with that I am aware there is a very big power imbalance between Gilene and Azarion, since he does force her to help him more than what she agreed to. She is forced to be his captive for about half of this book, but it never feels like a stockholm syndrome type of storyline, at least not to me. And even though this is a dark book with a bit of a power imbalance, the author puts a huge emphasis on consent. And even when Azarion is using his privilege over Gilene, it is always and constantly challenged.

“I will conquer all of the Empire to bring you back.” 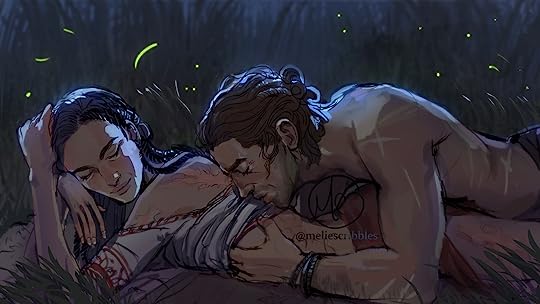 I think this book always has a really thought-provoking message about living your life for you, and not living your life for the expectations that your family places upon you. Duty is a huge theme in this book, and Gilene and Azarion both become aware that they are so much more than what they are expected to do, and that they both deserve happiness. And I loved watching them both come together, both willing to sacrifice it all for their homes, to both realize that they are worthy of love; not just glory.

And even though this is the start of a series, I really appreciated that the author really made this feel like a complete book. There is no terrible cliffhanger (even though the twists and turns are abundant), there is no unnecessary angst, there are no scenes that feel like filler. Yet, you are left wanting to read a hundred more books set in this world. Seriously, I’m here and ready for a book about a certain healer, a certain witch who can speak to the dead, and a certain f/f side romance that had me swooning. Like, all three (or four) books now, please! I’m begging!

Overall, I really loved this. The worldbuilding is fantastic, the writing is lush and beautiful, and the characters are phenomenal. I feel like it is so hard to find a good fantasy romance these days. Yes, there are a ton of good fantasy with swoon-worthy romances, and my heart will always love the PNR genre more than words, but I always have found it difficult to find a lot of actual fantasy romances. Honestly, the only other one that I love that comes to mind is The Bird and the Sword. Like, I hope 2019 is the year that we just get a ton of books that beautiful blend romance and fantasy the way that Phoenix Unbound has done, because I need more. I can’t wait to see what Grace Draven does next in this world.